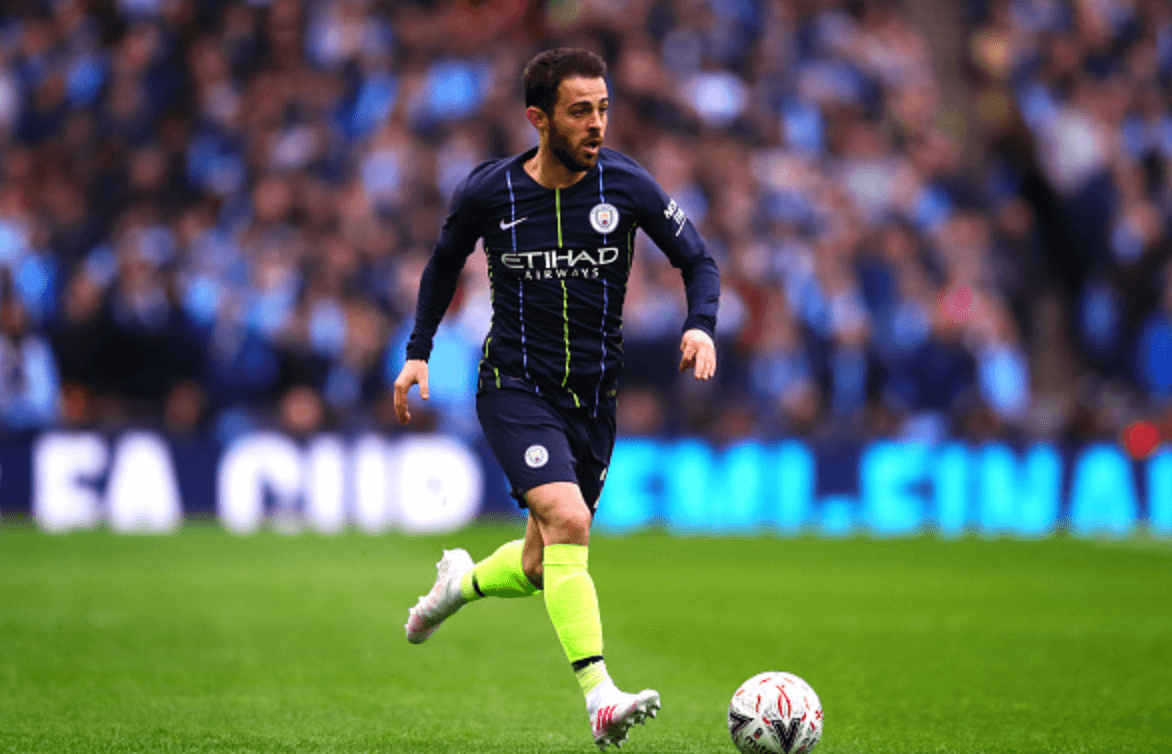 Following on from last season’s PFA Team of the Year, I am going to select three central midfielders in my team, and then three forwards for my team. Obviously, I do not know if the team will be announced in a 4-4-2 or 4-3-3 formation, but I am going to assume the latter with two wingers in the forward positions.

Which central midfielders have caught the eye this season?

Bernardo Silva has emerged from being a rotation option for Manchester City to one of the first names on Pep Guardiola’s team sheet. Partially helped by Kevin de Bruyne’s season being ravaged by injury, the Portuguese international has grasped the opportunity presented to him with both hands. Although also capable of playing on the right flank, it has been in the centre of the pitch where Bernardo has made a huge impact. Anybody that plays in a Guardiola midfield is an excellent passer of the ball, but the 24-year-old manages to hold onto the ball in situations when others would relinquish possession better than anybody else. While his six goals and seven assists in the top flight exemplify his attacking prowess, his work rate is arguably his most impressive attribute.

Despite only showing up for the second half of the season, it is impossible to ignore Frenchman Paul Pogba. Since Ole Gunnar Solskjaer’s arrival in December, Manchester United’s remarkable change in fortunes was paralleled by Pogba. With eleven goals and nine assists in the league thus far, the Frenchman will certainly be in the running for a spot in this season’s Team of the Year.

Does David Silva ever have a bad game? While his goalscoring and assist stats aren’t at the same level as some of his rivals (although six goals and assists isn’t exactly bad), there are few players that control games as well as the Spaniard. He is simply magnificent and the Premier League will be a worse place when the 33-year-old decides to move on.

Completing Manchester City’s hat-trick for Team of the Year midfield candidates is Fernandinho. The Brazilian has established himself as the Premier League’s top defensive midfielder. The best way of explaining his brilliance is to point to the brief period of the season he missed around Christmas when City lost to Crystal Palace and Leicester City. The midfield general is the champions’ stabiliser and allows the likes of the Silvas, Sterling and Sane et al. to weave their magic.

At the age of 33, Fernandinho is in the twilight of his career. One potential replacement for him is West Ham’s Declan Rice. Despite only turning 20 in January, the Irish English international plays with the calmness of a veteran. Originally starting out as a centre-back, he has since become West Ham’s midfield anchor, stopping opposition attacks thanks to his reading of the game before transitioning the play to create counter-attacking opportunities. This season has seen him forge together a string of mature displays that bode very well for his future and England’s also.

Leicester City’s Wilfred Ndidi has enjoyed a fine season for the Midlands club as is another contender for the Team of the Year. The Premier League’s top tackler with 120 (only three others have made over 100) is the defensive rock in Leicester’s midfield. While much his made of his defensive qualities and ability in the air, the Nigerian is an underrated, tidy operator with the ball at his feet too. He has been an ever-present player for the Foxes since the turn of the year and being only 22, expect to see greater things from this man in the future.

Unfortunately for Manchester United fans, I am going for the Manchester City treble in midfield. Upon further analysis, Pogba was probably the league’s standout player between the end of December and the start of February. However, this isn’t the Team of the since Solskjaer took over.

Over the course of the whole season, Manchester City’s midfield has been a model of consistency and this is what has taken them to within touching distance of an unprecedented quadruple. Rice and Ndidi will have further chances to press their claims in future seasons, but Pogba simply did not turn up during Mourinho’s tenure, despite his impressive stats. The honourable mentions have all enjoyed top seasons for their respective clubs and can count themselves unlucky to miss out.