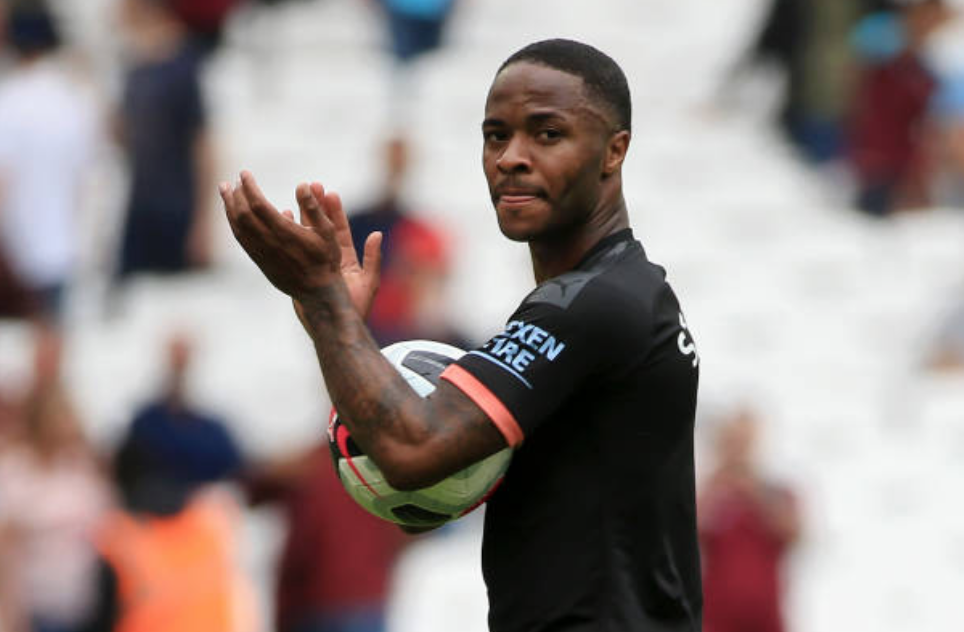 The reigning Premier League champions Manchester City were back with a bang on the opening weekend thrashing West Ham 5-0.

At the centre of the rout was Raheem Sterling, who left the Olympic Stadium with the match ball increasing his career tally to three Premier League hat-tricks. This achievement has earned Sterling a mention as one of our analysis team players of the week.

The England star had his best season to date last year as the Citizens pipped Sterling’s former club, Liverpool to the post in the Premier League. If Sterling’s performance on Saturday was an indicator of things to come it looks as if City fans could witness another season of excellent displays as he continues to cement his legacy in their period of dominance.

Saturday really was a showcase of how Sterling’s finishing has developed and how he has become one of Pep Guardiola’s irreplaceable players in a team filled with world-class talent.

The question is can Sterling do it all again? Can he help lead his team to a third Premier League title in a row? An achievement that has only been accomplished by Manchester United (twice) and Liverpool, Huddersfield and Arsenal in the old format of the league. If he is to do so, he has to emulate his performances in their title winning seasons.

35 goals and 21 assists in 67 Premier League games in the last two seasons (2017-18 & 2018-19) show how much he has developed at City and shows how valuable he is to the team. After only scoring 13 and assisting eight in 64 games in his first two seasons at Man City, it shows that when he is on form, so are his team. His improvement has to be credited in part to Guardiola but also the player himself.

Sterling’s knack to be in the right place at the right time is not something that comes to him by chance. Despite eventually being ruled marginally offside by VAR, the assist that he provided by Gabriel Jesus was a move that came to fruition from Sterling’s darting run which caught the Hammer’s backline out.

When looking at his goals and involvement which did count on Saturday, a left-foot finish and a right-foot finish which showed how well he moves into space and how quickly he can make his mind up in front of goal, were outshone by a simply superb lob, fit for a goal of the month nomination which made up a fantastic trio of goals. What was most impressive about his finishes at the London Stadium was how quickly the striker had made his mind up. One touch was enough for him to compose himself and find the back of the net – a quality found in the truly elite Premier League strikers.

It was his lob that caught fans eyes the most. His quick burst behind the defence and into the penalty area coincided with a wonderful dink ball by the also exceptional Mahrez and although under pressure from a rushing Lucasz Fabianski, Sterling looped the ball over the one of the Premier League’s best and wheeled away in celebration.

Sterling’s performance definitely makes him one of 90 Minutes at a Times picks for the player of the week and his performance showed a level of maturity. A combination with the excellent Riyad Mahrez who assisted three goals and Gabriel Jesus will fill City fans with even more confidence as they look like they can unlock any team.

Raheem Sterling looks like he could score in every game he plays and if his team are going to fend off teams like Liverpool, he might have to come close to that standard. With their first big test coming next week in the form of Tottenham Hotspur, a good performance could show that Sterling means business.

A new look attack without Sergio Aguero leading the line did not bother the Citizens and Sterling could be the new main main as some of the Sky Blues old guard come to the end of their time at City. He may not just be carry the match ball with him after games but helping to carry Manchester City to their third league title in as many years in the Premier League.

How important is Sterling to Pep?

Guardiola always has key men at his team. At Barcelona he has Lionel Messi and at Bayern Munich he had Robert Lewandowski. Is Raheem Sterling shininh through as Man City and Pep’s key man. With Kevin De Bruyne spending most of last season in the medical room, Sterling definitely stepped up to the mark. His stats show that he was involved in a goal in nearly every game last season and that, by anyones standard makes them a key player. Sterling has stood out among a team of stars and last weekend was no different.