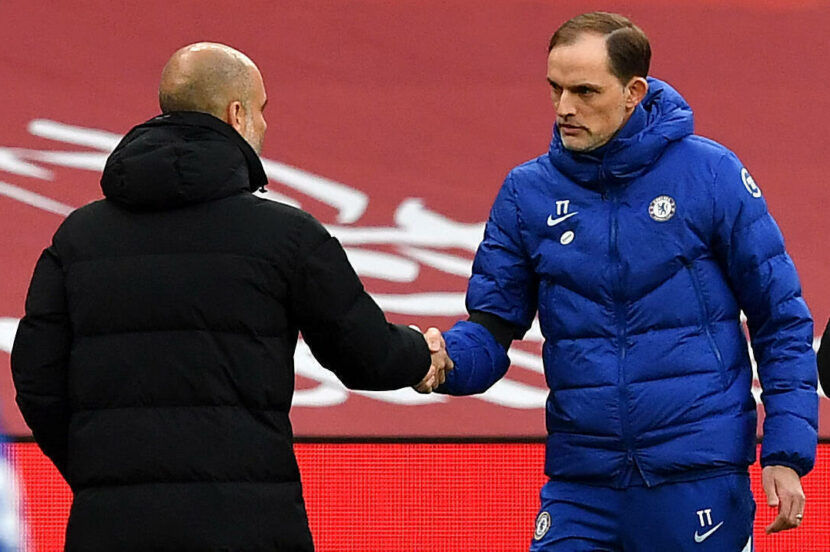 A clash of tactical titans: the Champions League Final

For the second time in three years, we have an all-English Champions League final on our hands. On that occasion, in 2019, we saw two managerial greats face off in Jurgen Klopp and Mauricio Pochettino. This time around, we have an even more intense contest on our hands: Pep Guardiola and Thomas Tuchel.

Meetings between these two have not been sparse. When Guardiola was manager of Bayern Munich, he came across Tuchel a number of times when the German was first the boss of Mainz, and then Borussia Dortmund. In their five meetings in Germany, Pep consistently got the better of Tuchel, beating his Mainz side twice and his Dortmund team twice – including the DFB-Pokal final. Only on one occasion did Tuchel avoid defeat, with a goalless between Bayern and Dortmund.

Tuchel’s approaches in these games seem, in retrospect, to be strange. Instead of adopting a defensive shape against Guardiola’s oppressive, strangling style of football, Tuchel adopted to attack. For the most part, this did not go in his favour – suffering several heavy defeats (4-1 at Mainz, 5-1 at Dortmund), although in his final two games it worked more effectively (the draw, and the final – which Pep only won on penalties).

Although Pep had his opponent’s number, their rivalry in the Bundesliga ending encouragingly for Tuchel and it is not hard to see how things their fortunes have reversed since the German manager’s arrival in England. Both of their games, an FA Cup semi-final and their recent league match, have both been won by Tuchel in, to an extent, convincing displays. Both have been characterised by the same tactical approaches. Chelsea play to their strong defensive base, utilising their back three/back five dynamic while looking to constantly threaten Manchester City on the counter through the pace of the likes of Timo Werner and Christian Pulisic. City, meanwhile, play as they have always done: dominating possession play, seeking to find a way through the Blues’ defence. So far, this set-up has seen things go all Chelsea’s way.

On this basis, you might expect Pep to change his approach. But, if anything, he is likely only to double down on it. Guardiola’s style of football is one that is intrinsically ignorant of the intentions of the opponent because it is designed to neuter them. All their possession, all their quality, all their passing, can choke the other team out of the game by denying them the means to attack. But the effectiveness of it is dependent on the confidence and courage of the players. When they are on form, and in the mood, they are unplayable. But if they do not turn up, the cracks begin to show.

Guardiola is all too aware of this, but he will not be afraid. He will put faith in his side, in his players, to turn out and put in the performance that will make City, for the first time in their history, Champions of Europe.

But Tuchel also has a plan. Speaking to reporters, the German said that it is important for his side to “close the gap for ninety minutes” – and that Chelsea will “arrive in the final full of confidence”. His turn of phrase here is especially revealing: acknowledging the difficulty of playing against Guardiola, and how dominant they can be, but being aware that all they need to do is “close the gap” for the span of a single game. Tactics will be vitally important, indeed, but what both managers are desperate to instill in their sides to make these tactics work is one, vital thing: confidence.

Perhaps the winner, and getting the better of their managerial opponent, will not be about being the best tactician – but the best motivator.

In other news, Carlo Ancelotti’s first season at Goodison Park has ended in disappointment.