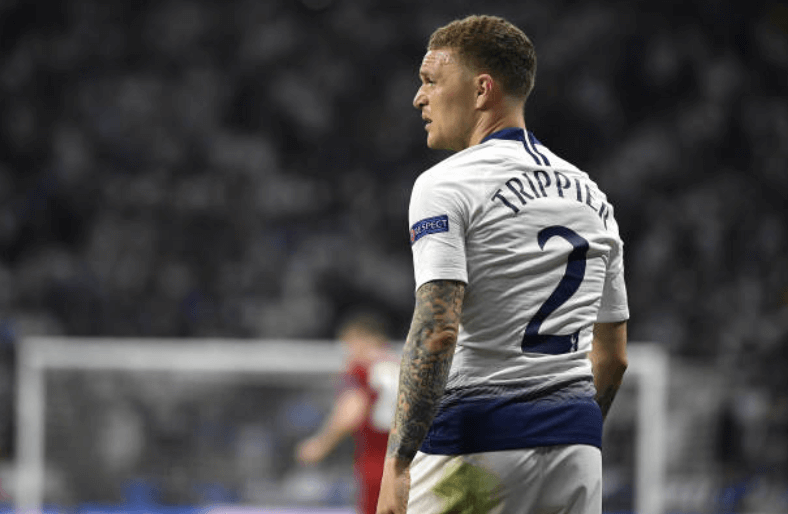 Why Kieran Trippier makes sense for Inter Milan and Juventus

As the sun set on the 2016/17 Premier League season, it also rose elsewhere – on Kieran Trippier’s career trajectory. Having been signed from relegated Burnley for a paltry €4.9m, Trippier’s crossing ability saw him start a fair few games ahead of Kyle Walker, who had thus far been widely considered as the best right back in the league.

The summer that followed saw Pep Guardiola start a revamping of his squad at Manchester City and Kyle Walker headed to the blue half of Manchester for a record fee for a defender at the time (at €52.7m). It is a huge testament to Trippier’s ability that there was widespread debate as to how Tottenham had emerged from the deal, both €50 million richer and with the arguably better full back.

Then came the FIFA World Cup of 2018 and England got their fans excited like never before, with Trippier effectively playing the role of playmaker from the right wing back position. Taking sumptuous corners and making the ball nestle in the back of the net from free kicks, Trippier was on cloud nine.

However, the physical demands of being an irreplaceable starter in such a major tournament took its toll on him. Trippier returned to Tottenham dismal and fatigued, something he was never able to shake off throughout the course of last season.

In contrast to his World Cup exploits, Trippier actually became the scapegoat for Tottenham fans worldwide, after numerous errors in high profile games against Manchester City and Chelsea. On top of that, recurring and nagging groin problems doing him no favours.

This summer however, Trippier is set for a move abroad if some reports are to be believed, with Italy housing several suitors. Juventus and Inter have been heavily linked whilst Napoli have retained an outside interest.

The reigning Italian champions have expressed interest, perhaps wanting to scout cover for Joao Cancelo, who is atop of Manchester City’s shopping cart this summer. While a move to Juventus would certainly be a step up for Trippier; replacing either Cancelo or Mattia De Sciglio with Trippier does seem like a counterproductive move for the Turin outfit. Juventus have a tendency to play the former when a stubborn defence needs to be broken down and the latter when they expect a barrage of opposition attacks.

In comparison to De Sciglio, Trippier averages higher tackles per game (2.5 in comparision to 1.8), but that is partly negated by the fact Trippier is dribbled past almost twice as many times as his Italian counterpart (0.9 to 0.5). This merely reflects that Trippier has to contend with a higher proportion of attackers choosing to take him on 1v1, which is perhaps a manifestation of his inferior speed and agility when compared to De Sciglio. Elsewhere, De Sciglio averages slightly higher blocks and interceptions, and gives away fewer free kicks.

If we compare him in an attacking capacity, where he is more likely to thrive, we find that Cancelo thrives a little more than the Englishman. Although their goals and assists output is the same, Cancelo achieved the feat in 300 fewer minutes. Furthermore, Cancelo also averages more shots (1 to 0.3), more dribbles (2.4 to 0.3) and a higher pass completion rate – showing that he is a better ball carrier and offers as good an end product, if not better.

Ergo, while a move to Juventus may be on the cards, it is difficult to see them make a formal approach for Trippier unless Manchester City seriously press on in their Cancelo pursuit, which in turn is unlikely as they haven’t found a buyer for Danilo.

With Antonio Conte being confirmed as the manager of Inter Milan this summer, a three at the back formation is more than likely to be introduced at the Italian club. Conte prefers his main creative threat to come from full backs, and Trippier my just be the man for him.

Trippier’s numbers from the past season compare reasonably well with those of Victor Moses, Chelsea’s right wing back from their title winning season under Conte. Moses edges Trippier in the quantity of shots and dribbles per game, but he lacks the quality possessed by the latter. Trippier significantly outshone Moses in both crossing accuracy (more than double at 29% vs 14% for Moses), as well as key passes per game (1.8 to 0.8).

This reflects that while Moses was better getting forward, Trippier far exceeds his quality when actually in the final third of the pitch. It therefore would be prudent for them to sign the Tottenham man, given that a three at the back formation will necessitate that he play higher up the pitch, and also offer him comparitively much fewer defensive duties than he had as part of a back four at Spurs.

Further yet, with Romelu Lukaku greatly desired by Conte, it makes a lot of sense to go for someone who will actually be able to feed Lukaku with some genuine quality, as Trippier sure can.

A move to Inter seems to be a win–win for Inter, Conte and Trippier. If the Italian club is able to agree on a fee with Daniel Levy, it will be a win for Tottenham Hotspur too, given their lavish outlay on their stadium last summer, superimposed upon the need to supply funds to sign Tanguy N’Dombele.