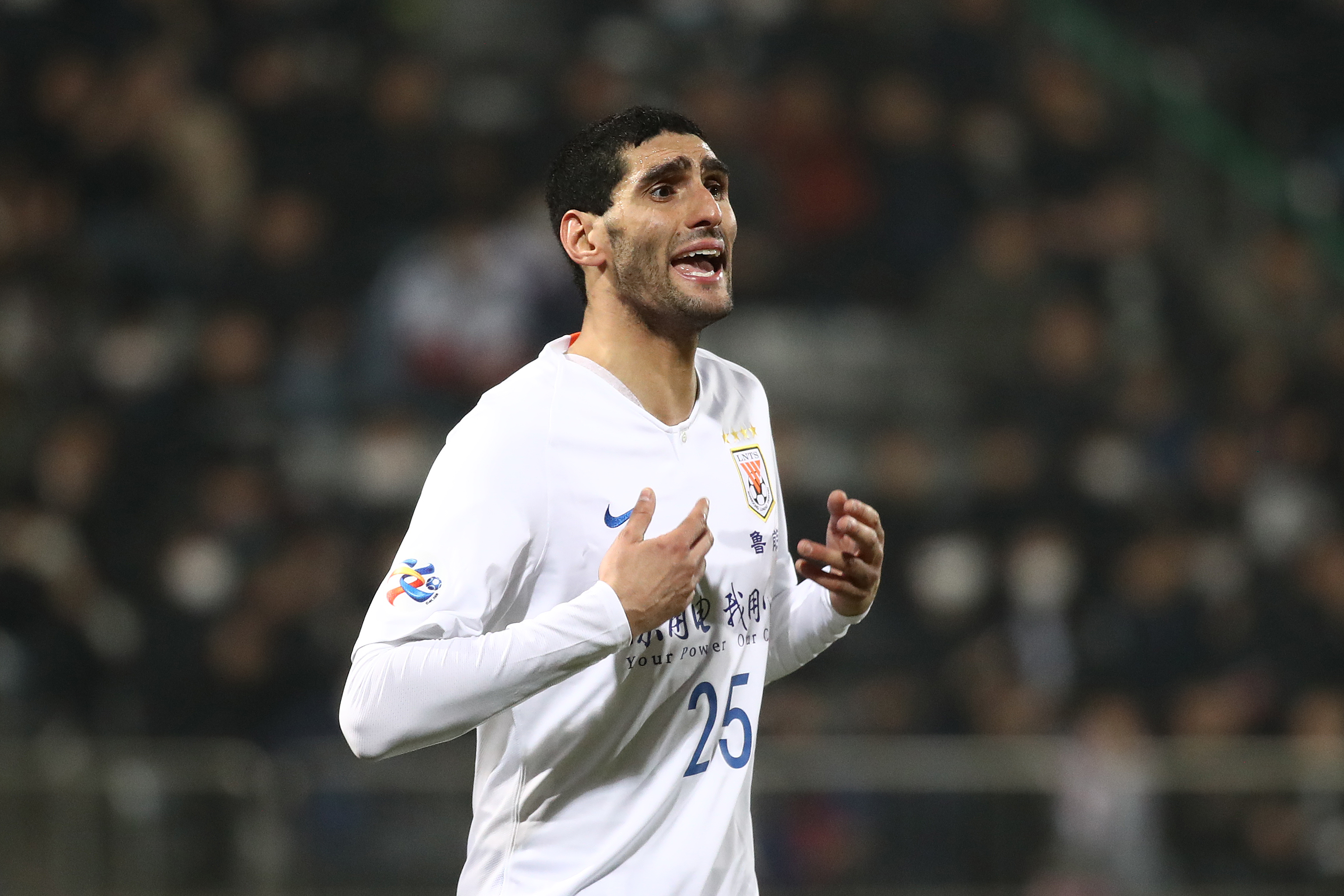 The mood surrounding West Ham’s reappointment of David Moyes was hardly zealous. Before he was confirmed as the man to take over from Manuel Pellegrini, there was an anxious air surrounding the Hammers’ support, and ultimately, some were left ‘very disappointed’. However, the Scot will have won over some doubters with a 4-0 masterclass to condemn A.F.C Bournemouth to the relegation zone. Still, his interest in linking up with Marouane Fellaini for a third spell, as reported by Sky Sports, may just undo all Moyes’ hard work.

Fellaini, valued at £6.3m (Transfermarkt), has been in China since leaving Manchester United, where he had been for five and a half years. It appeared that would be the last of the 87-cap Belgian, but if Moyes has his way, he could be set for a return. The issue is at 32-years-old the midfield colossus is past his rampaging best, which arguably came during his first spell with Moyes at Everton.

He is proving to be a menace in the Chinese Super League, having scored eight goals whilst providing three assists for Shandong Luneng this season. But there is little evidence to suggest he would be that effective back in the English top-flight, and you would have to go back five seasons to see the Belgian rack up the same number of goals for Manchester United.

Furthermore, signing Fellaini would show an overwhelming lack of ambition from a club that prides itself on wanting to challenge for the top six. At 32-years-old he is on the wrong side of his apex, but when you consider reports emerged West Ham agreed a deal ‘in principle‘ for Gedson Fernandes, that is the sort of player they should be aiming to acquire. The 21-year-old Portuguese midfielder has the potential to grow from his experience at the London Stadium while maintaining a high sell on value.

Finally, though Fellaini’s transfer fee may be cheap, having previously been at Manchester United and now in China, his wages will be stratospheric. It seems foolish for West Ham to risk such an exorbitant outlay on a player who they know has such a limited shelf life. While Moyes may be toying with the thought of bringing a player in who he knows will be on side, he would be wise to show a little more ambition in the January market. Resigning Fellaini for the second time could have disastrous PR consequences with the fans and leave the owners scratching their heads over the wage bill, especially if he fails to perform on the pitch.