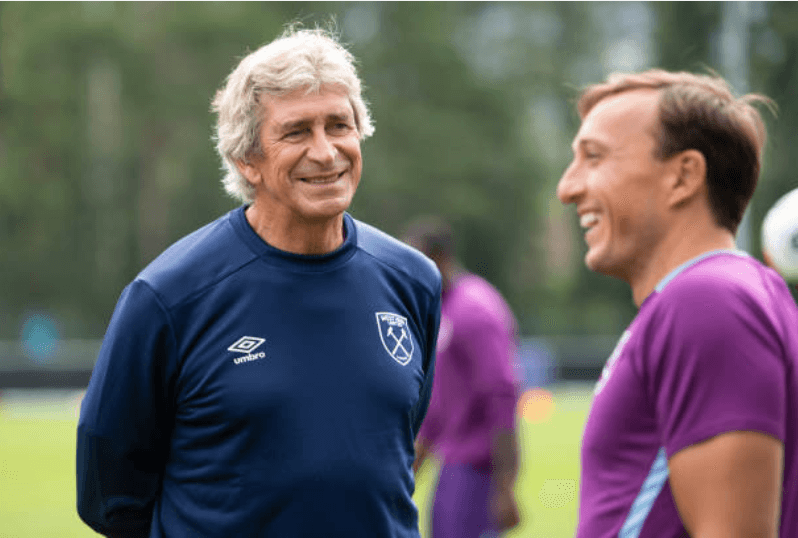 Are West Ham United a striker away from challenging for the top-six?

It’s a good time to be a West Ham fan. Seemingly gone are the days of regular relegation battles and occasionally even relegation itself. They enter the 2019/20 season with a Premier League winning manager and an enviable squad littered with talent and flair.

Their top scorer of the last two seasons, Marko Arnautovic, has again stated his desire to leave the Hammers and is closing in on a lucrative move to Chinese champions Shanghai SIPG but fans need not mourn the loss of the enigmatic Austrian.

The rumoured fee of £22.4 million is good money for a 30-year-old, and will surely be reinvested in another number nine. Quite possibly, this replacement could be one of the most important signings in the history of the club.

Man for man, West Ham have a very good side capable of matching almost every other Premier League side. With a marquee signing of a top class striker, I believe the Hammers could be dark horses for a top-six finish next season. Here’s why:

Non-Hammers fans may be surprised by this claim, but those who watched the club regularly last season will be aware of the top quality displays that their defence showed week in week out.

In Lukasz Fabianski, they have a top quality shot-stopper, who topped the charts for most saves made in the Premier League last season.

Ahead of him, they have one of the best centre back partnerships in the league, whose performances went largely under the radar last term. Fabian Balbuena and Issa Diop, both signed last summer, formed a formidable partnership demonstrated by the numbers.

More than just the numbers, both players seemed at ease playing with each other and at just 27 and 22-years-old respectively, it is very realistic to expect both Balbuena and Diop will be even better in their second season in English football.

At full-back, there is no standout name, but equally no glaring weakness. Premier League stalwarts Pablo Zabaleta and Aaron Cresswell face competition from Ryan Fredericks and Arthur Masuaku on the right and left sides respectively.

If the Hammers can keep Balbuena and Diop fit and firing all season, West Ham could have one of the meanest defences in the league, and that’s without mentioning Winston Reid…

Big players are set to return after injury

Let’s start with Winston Reid – the 31-year-old New Zealander had been a near-permanent fixture of West Ham’s defence for years until suffering a freak injury against Swansea in March 2018.

He has not played a competitive game for the Hammers since but is expected to be fit for the start of next season. While he will by no means be a consistent starter, he is an excellent backup option, a role he will play along with Angelo Ogbonna.

Another returning name is Ukrainian forward Andriy Yarmolenko, who was just beginning to show promising form when his season was cut short in September by a torn Achilles tendon. The 29-year-old was beginning to impress the Hammers faithful as the side began to turn around a difficult start to the season, but played no further part in their campaign.

The versatile attacker will be fit for the start of this season however and offers a host of options to Manuel Pellegrini. Capable of playing wide or in the middle, Yarmolenko could step into the shoes of Marko Arnautovic if given the chance.

Another returning player is Manuel Lanzini. Though he formally returned in February, playing 10 games in the end of season run-in, he only showed glimpses of the form he showed before his injury. Fans will be hoping that the summer has rejuvenated the tricky Argentinian, who will provide yet more competition in a menacing attacking midfield contingent.

Simple this one, West Ham have a host of midfielders with an eye for goal. Lanzini, Felipe Anderson, Robert Snodgrass and Michail Antonio all chipped in with goals last season, while the more defensive minded Mark Noble and Declan Rice each got on the scoresheet too.

A goal scoring midfield is invaluable to sides wanting to challenge at the top end of the table. When teams rely too heavily on one or two players for goals, they can be one-dimensional and easily nullified. On the other hand, it is possible that a goal scoring midfield can mask a club’s poor attacking resources.

West Ham fit into that second category, though you can’t fault them for effort. Despite a huge plethora of strikers signed over the last 10 years, not a single one has managed to score 15 league goals in a single season.

While the likes of Marouane Chamakh and Simone Zaza (to name just a few, check this list out for a real list of flops), came and failed famously, even perceived successes such as Demba Ba and Marko Arnautovic never managed to get to 15 league goals (this is perhaps unfair to Ba, who was only with the Hammers for half a season but managed seven goals).

In fact, you have to go back to 1999/2000 for the last time a West Ham player scored 15 or more league goals (not including 2004/05 in the Championship, when Marlon Harewood and Teddy Sheringham both passed the mark). Any guesses who that was? Of course, it was Paolo Di Canio.

If nothing else, this statistic shows why Hammers fans think so highly of Marko Arnautovic, despite the fact he has only managed 11 and 10 goals in his two seasons in London. They simply aren’t used to having a red hot striker.

If their midfield can keep scoring and they bring in a 20-goal striker, West Ham could be a force at both ends of the pitch.

Pellegrini has experience at the top

Many raised their eyebrows when West Ham appointed Manuel Pellegrini, particularly as it appeared the Chilean’s career had regressed after a spell in China managing Hebei China Fortune. He was highly fancied to be the first manager sacked last season, after the Hammers lost their first four games, but he steered the ship around.

It is easy to forget that Pellegrini is a Premier League winner, while he was also the manager that brought Cristiano Ronaldo to Real Madrid. Highly respected in Spain for his work at Villarreal and Malaga either side of his spell at the Bernabeu, 65-year-old Pellegrini has huge pedigree in the game.

The Hammers hierarchy appears to be building a project. Pellegrini is currently the fifth highest paid manager in the Premier League – behind only Pep Guardiola, Mauricio Pochettino, Ole Gunnar Solskjaer and Jurgen Klopp – and is being allowed to build a team in his mould.

But more importantly than that, he has experience of challenging for silverware. In addition to his Premier League title won at City, he has also guided two different teams to the Argentinian title and LDU Quito to the Ecuadorian title.

If the side starts strongly next season, trust in Pellegrini to remain a calm head while fans begin to believe.

Who should they replace Arnautovic with?

Two names have so far been linked with the Hammers since news broke of Marko Arnautovic’s burning desire to move to China. The first of these names is Salomon Rondon, who has returned to parent club West Brom after playing the 2018/19 season on loan at Newcastle.

Newcastle were said to be keen to sign Rondon on a permanent deal, but this is believed to have been thrown up in the air after the departure of Rafa Benitez. With Ayoze Perez also leaving St. James’ Park, the Magpies will be in the market for at least one striker, but the Hammers are firm favourites to sign the Venezuelan.

If they are looking for a striker who will bang in the goals, the numbers suggest Rondon is not the man. He has never managed more than 13 in a season and his 11 goals for Newcastle in 18/19 represent his highest total in his four years in England.

That’s not to say he can’t possibly be a success, especially given the defensive setup employed by Newcastle and West Brom. In an open and attacking West Ham side, he could achieve his best total. The 29-year-old is valued at around 12 million.

The other name linked with West Ham is Maxi Gomez of Celta Vigo. At 22-years-old, Gomez is approaching the best years of his career. With 30 goals over his two seasons in Spain and a record better than a goal every two games from his time in Uruguay, Gomez is being tipped for a career at the top.

A Uruguay international since 2017, Gomez will likely command a higher fee than Rondon. He will also be more of a risk, having never played in England before. Hammers majority-owners David Gold and David Sullivan have been on the wrong end of several risk signings over the last 10 years, will they be persuaded to make another one?