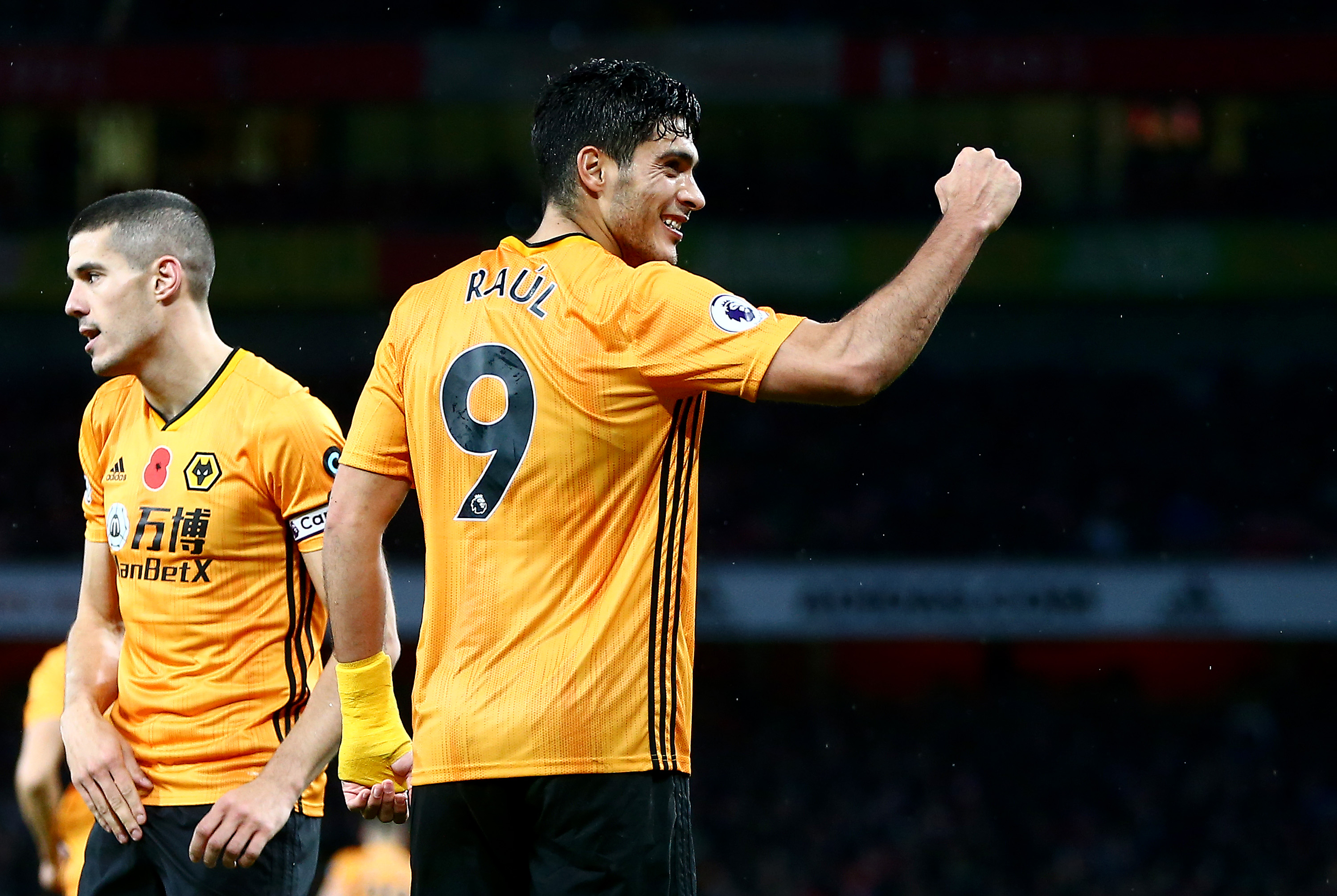 In a tale as old as time, Arsenal put in another unconvincing display, whilst opponents Wolves once more stepped up against so-called ‘superior opposition’.

Despite taking the lead through the familiar route of top scorer Aubameyang, the hosts fell victim to another spell of lackadaisical defending to allow Wolves back into the game and earn a deserved draw.

Much like the issues that stood out against Liverpool, where Arsenal’s narrow formation ceded the flanks, the Gunners’ change in system produced no new tangible benefits. As he did at Anfield, Emery appeared to decide to dominate the midfield and so deployed a midfield diamond.

Through doing this, I think his plan was to dominate possession and incorporate Lacazette and Aubameyang in their preferred central roles. Yet, like against the league leaders, the spaces available on the wings for the opposition were glaring right for the outset. Wolves are perhaps the most prolific counter-attacking side in the country, and Nuno Espirito Santo has earned his reputation through his highly-effective system. Particularly, their wide players are a huge threat.

Ozil returns, but the creativity doesn’t

After returning from the cold against Liverpool in the Carabao Cup, Ozil was thrown into the heat of the Premier League action. What he proved, albeit against a heavily rotated Liverpool side, in the cup tie is that he is still capable of producing ‘those moments’ – on the night, the deft backheel assist for Maitland-Niles was just one example.

Anticipation in the stadium was high amongst the home fans for his return. Despite being previously maligned, the German has become something of a rallying cry for supporters frustrated with Unai Emery. Every time he prepared to take a corner or set-piece he was cheered, and chants of “we’ve got Ozil” echoed from the Clock End. He showed his appreciation, raising a hand to the crowd each time.

His performance merited the pre-emptive plaudits you felt some were writing. At the tip of the diamond, he was the only thing not rough about the midfield. He registered the most touches of the Arsenal team, as he operated as the hub of the centre of the park.

Much of the play was reliant on him due to the narrow nature of the formation, and at times he was dropping deep with an energy one doesn’t normally associate with him. Registering three key passes in a side that felt lethargic in the offensive third is an impressive statistic.

It should be considered even more so when accounting for the fact that his highest passing combination was with Calum Chambers; try as he might, the Englishman is not a potent attacking force at fullback. I think he suffered towards the end of the game with a lack of match fitness, and he began to drift wide later on to try to find more space. Overall, I think it was an encouraging performance individually, but not one that offers much insight into how he will be incorporated in the future. Such was the glaring weakness in the formation, I would be worried if he was deployed similarly again.

What is becoming increasingly apparent is that, despite appearances on the pitch, Unai Emery does have a strategy for his Arsenal side. Of even greater concern for the Emirates faithful is that *this* appears to be it. Juxtaposed against Nuno Espirito Santo, with his initials like an old gaming system, does not need to be consoled; his plan is working. Wolves dominated the early stages of the game and had registered five shots after just ten minutes – a theme that would continue throughout the match.

Arsenal were forced to sit back and had to wait almost double that time before they registered their first shot on target. Somehow, in spite of Emery’s plan, the home side were ahead in the 20th minute. The fact that the goal began from a David Luiz cross is a testament to how bizarre it was given the circumstances. Saying that, most of Arsenal’s width was directed through a centre-back on the wing and although Calum Chambers continues his fullback experiment, it is clear he is not suited to a wingback role.

Arsenal didn’t translate this lead into dominance, despite a couple of decent chances falling for Lacazette and Aubameyang; the Lacazette effort midway through the first half was Arsenal’s last shot on target. Wolves begun to grow in confidence, a confidence borne from their systemic proficiency. This was typified in their left-sided attack. Castro and Jota controlled that flank and had four key passes each; Jota individually could have had a brace, and at one point was allowed the freedom of North London to stroll through the Arsenal midfield and into the box.

His interplay with Jiménez is one of the most underrated player combinations in the division, aided by the Mexican striker’s willingness to compete with opposing centre-backs. Somehow, he managed to make Luiz and Sokratis look outnumbered; although that may be easier than you’d think.

Their attacking profligacy may make them think they deserved more from the match, registering over double the number of shots as their hosts. On the basis of this performance, I don’t think it would be harsh to say that reflects the quality of their respective managers.

Arsenal face a crucial match against Leicester at the King Power. The Gunners have to approach this as they would any game against any of the so-called ‘big six’ as a loss here would see them fall nine points behind the Foxes. Such a margin, even at this early stage, may prove insurmountable as the Gunners desperately try to get back into the Champions League. A defeat may also prove a bridge too far for Unai Emery. With fan patience almost gone, and an international break looming, the spectre of a certain Portuguese manager looms ever larger as the P45 gets another bullet in the chamber.

Wolves meanwhile will look to continue where they left off in the Carabao Cup as they look forward to their most significant clash of the season so far: Aston Villa at home. A derby between two of the most passionate fanbases in the country, and one in which the home side arguably enter as the leading force for the first time in some years. Having beaten their rivals 2-1 just over a week ago, they should feel confident of repeating that result. Although Villa were unlucky to lose late against league leaders Liverpool, their propensity for throwing away leads should allay any fears stoked by a potential absence of wingback stalwart Matt Doherty.