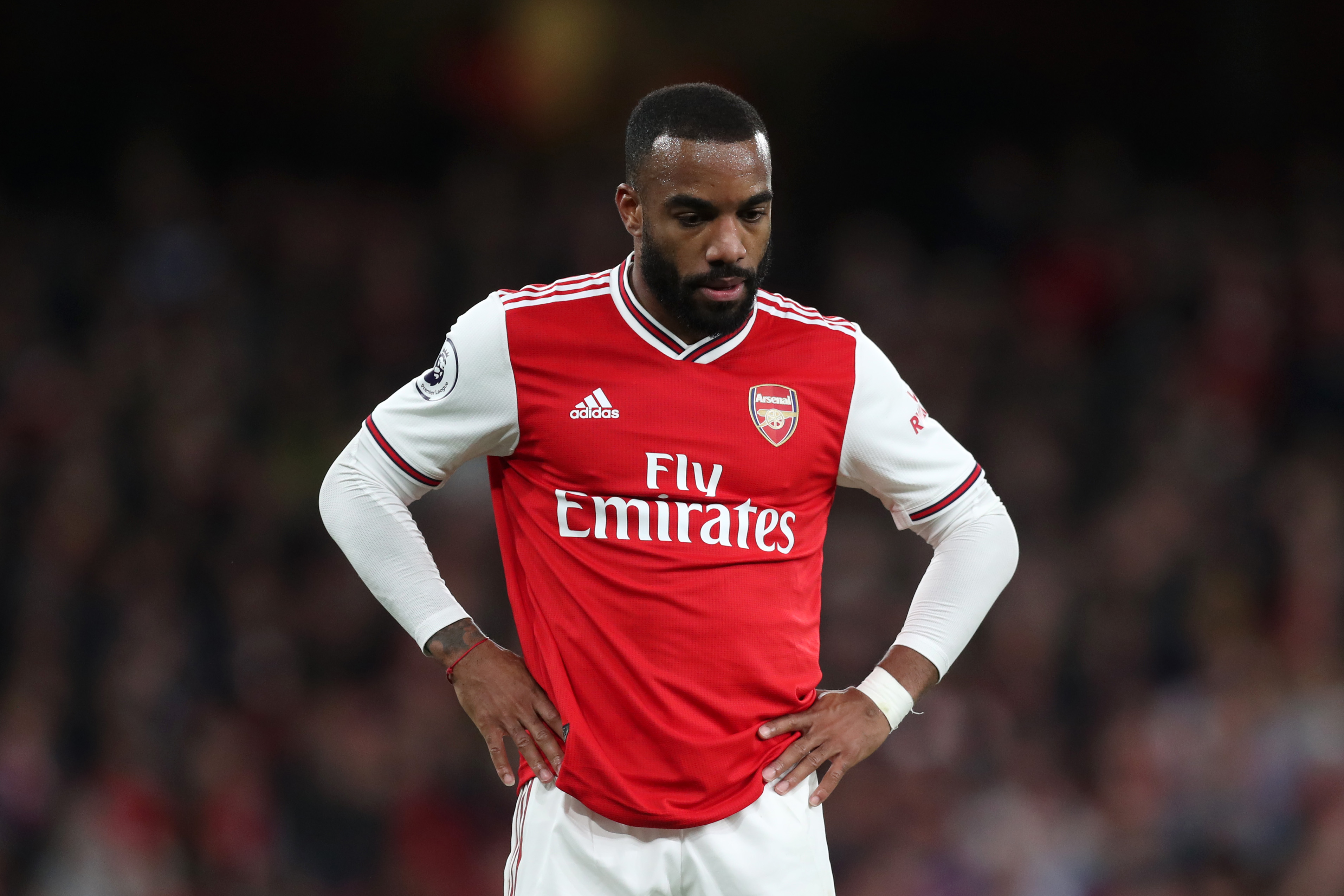 Martin Atkinson and VAR dominated the aftermath of a tumultuous London Derby stalemate as Crystal Palace earn a point away to a misfiring Arsenal.

Arsenal indirectly converted two Nicolas Pepe corners within the opening 10 minutes, reminding Palace of their nightmare visit to the Emirates in 2018. It was the centre-backs, David Luiz and Sokratis, who scored the goals, pouncing on opportunities arising from two rather shambolic episodes of set-piece defending on Palace’s behalf.

Arsenal failed to sustain their pressure and the visitors steadied the ship whenceforth. By half-time, Luka Milivojevic had converted a VAR-overturned penalty courtesy of Calum Chambers’ stray leg felling Wilfried Zaha in the penalty box.

The second-half began, seemingly without Arsenal, and Palace capitalised through one of their clinical counterattacks and a Jordan Ayew finish, scoring their second.

The pace of the game ebbed and flowed, with the game being played mostly in Arsenal’s attacking half yet the Gunners failed to fire a shot until another VAR-centred incident. Sokratis was sliding on his knees near the halfway line under the belief he had catapulted Arsenal’s night to a boisterous end, only for VAR to rule woefully against Arsenal once more.

Even until the 96th minute, the game had not run its course: a last-minute Arsenal corner preceded Matteo Guendouzi’s application for a place in France’s 2023 Rugby World Cup squad, tackling Zaha around the hips as the last man, halting his one-man counter-attack.

Nevertheless, a draw for both sides extended their lead on the chasing peloton keeping them in the top six for at least another week.

VAR: you can love it or hate it, there’s no in-between

With the virtual assistant referee reviewing each game-changing decision in a booth far away from the ground yet from the ear of the on-field referee, no decision is safe.

Sooner or later, technology was bound to catch up with football and it has since proven both the stayers and the leavers wrong; both those for and against. The first question was raised regarding Arsenal’s second goal.

It came via a clever flick-on from the front post off of Alexandre Lacazette leading to David Luiz tapping the ball at the back post. However, questions have arisen to whether Lacazette manufactured his own space legally. A definite push was to be seen as he shoved James McArthur in the back, out of range of the ball, removing him from the contest. VAR did not deem this enough to overturn the goal.

At the other end, it was Zaha at the heart of yet another Crystal Palace counter attack, as he collected the ball on the edge of the box and advanced to the touchline, only to be stopped by an illegal Chambers’ challenge.

Martin Atkinson stood 10 yards away and cautioned Zaha for simulation. Only for the decision to be overturned, the yellow card rescinded and the ball to be placed at the trustworthy feet of Luka Milivojevic and soon, thereafter, the back of the net.

Next up on VAR’s hitlist was Sokratis’ fathomed winner. After another corner from Pepe, chaos ensued. The ball bobbled from a head to a foot and between the legs of players before Sokratis happened upon the ball like a bar of gold – unexpecting. With a poacher’s finished, he lashed the ball to the right of Wayne Hennessey in Palace’s goal and gave Arsenal the lead.

On review, VAR noticed a foul on Palace captain, Milivojevic. Chambers was at the heart of the drama again, catching the Serbian’s foot, which was just enough contact to bring the midfielder down. Had he not been inhibited, Milivojevic may well have prevented the pseudo-winner.

No technology is faultless, however, it seems to be changing the game – and potentially season – altering decisions for the better, even though it may miss some. This at least is a positive impact.

Since Aubameyang’s arrival midway through the 2017/18 season, he has formed an undeniable partnership with Alexandre Lacazaette as the focal point of the Arsenal attack.

Yet for all their talent and impact on the game, they have only been allowed on the pitch together for 45 or more minutes in 29 of a possible 61 games since then (12 games missed due to injury). Of these 29 games, Arsenal have scored two or more goals in 20 of these 29 games, with all three games the duo have started this season ending with two goals in each game.

In stark contrast, the numbers are almost completely the opposite. From the 28 games, they have not started together (in three of the matches, one of them did not feature at all despite being in the squad), they have failed to score two or more goals in 19 of them, collecting just 43 of a possible 84 points – almost half. You can decide what they mean.

On the weekend, Joel Ward well and truly got the better of Aubameyang, one of the league’s in-form players. A gigantic scalp for the Premier League veteran. Despite this, Arsenal’s offence survived and created what should’ve been enough to earn them three points. Albeit, another classic capitulation followed and two points were lost.

Guendouzi endearing himself to Arsenal

If Matteo Guendouzi were to be awarded the captain’s armband at some point in the near future, it would most certainly be justified.

Now a mainstay in the Arsenal midfield, starting every game this season, at 20 years and 198 days (at the time of writing) he would be just shy of Tony Neil as Arsenal’s youngest ever captain. Neil captained Arsenal at 20 years and 102 days old and did so for the majority of the 1961-62 season.

Guendouzi’s self-assurance at such a young age, accompanied with the leadership qualities of players a few years his senior is admirable and his fearless attack in the ball is desirable. He wasn’t faultless on Sunday against Palace – assuredly, no one was – but he was one of Arsenal’s best yet again on the weekend.

Aubameyang is set to take on captain’s duties in the absence of Granit Xhaka (after he picked up his fifth yellow of the season, adjudicating him worthy of an automatic one-game suspension), but Guendouzi wouldn’t do too bad with it either.

James Milner has often been heralded for his relentlessness, his pursuit of the football and his ferocity while maintaining a high level of skill that has seen him accumulate the sixth most Premier League appearances of all time in his 17th season thus far.

Crystal Palace fans may not have seen the Englishman in the Red and Blue, but one man they will most definitely remember for a long time for his performances in Palace’s colours is James McCarthur.

McCarthur’s attack on the ball, undying stamina and ferocity in possession – and even more so without possession – is the crankshaft of the Eagles’ engine room. He might not end up winning any Premier League titles for them (who knows) or European trophies (again, anything is possible!), but McCarthur’s playing similarities to Milner are undeniable.

Both players are the epitome of a coach’s dream – their effort in training matches their intensity on the pitch and their dedication to the sport is inspirational.

In no way, is McCarthur being hailed here as Milner’s equal – far from it. Both players have never been in the spotlight but are instead helping shine the light on their flashier teammates. The fact they have are being played, by some of the league’s top managers every season (McCarthur since 2010), is a testament to just how valuable a player like McCarthur is.

It’s almost quite cathartic – for Palace fans at least – how consistently Milivojevic is able to convert a penalty that was won by Wilfried Zaha just moments earlier.

At 484, Zaha is the most fouled player since his first game in the Premier League, now in the midst of his eighth consecutive year here.

Since the start of last season, eight times Zaha has won a penalty and Milivojevic has been on the end of seven, converting six. Milivojevic now has the third-highest penalty success rate in Premier League history sitting at a 91% success rate (21/23), only behind Thierry Henry (23/25) and Matt Le Tissier (25/26).

Long has been the myth that Zaha’s penalty-winning ways were that of a ‘simulator’. The intervention of VAR, thus, has readily dispelled years of fallacies, much to the pleasure of the Palace faithful. They’re enjoying it… While it lasts.

Palace’s daunting set of fixtures continues as they welcome Premier League history-makers, Leicester City, to Selhurst Park in game-week 11. While another roadblock potentially stands in Arsenal’s way as they host known troublemakers, Wolves, at the Emirates.