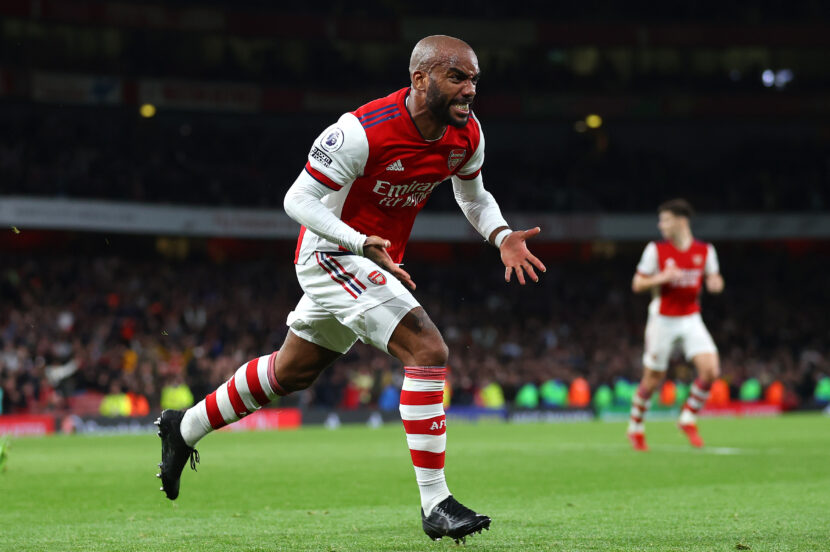 Arsenal host Aston Villa as both clubs look to build upon their mid-table positions.

Friday night football returns to the Emirates as Arsenal host Aston Villa. The two sides come into the tie in 12th and 13th place respectively, with one point separating them after eight games played. In recent history, Villa did the double over Arsenal last season, with 3-0 and 1-0 wins. The Gunners have failed to beat Villa in three games, with Dean Smith seemingly having the advantage over Mikel Arteta when the sides meet.

Arsenal come into the affair off the back of a disappointing draw against Crystal Place. Two former Gunners captains lined up against each other in the dugout, and many would argue that Patrick Viera came out on top, despite Arsenal’s late equaliser. Arsenal started brightly but faded as the game progressed, something which has been seen multiple times this season. Alexandre Lacazette’s last gasp winner spared Arsenals’ blushes, yet two draws in a row may signal that the Gunner’s winning form they enjoyed in September may be coming to an end.

The Palace result must be frustrating for Arteta, whose winning formula has seemed to run out following the international break. Arsenal started brightly against Palace but were completely dominated from there on out. Viera’s side looked to be the more composed on the ball and the side more sure of their philosophy and tactics. Having had more time to instil his philosophy into his talented side, this must be a frustrating performance to be outclassed by a manager so new to the league.

Looking forward to the Villa game, Arteta must use the Emirates to his advantage and start brightly again to unnerve a Villa side who suffered a horrendous collapse last week against rivals Wolves. Arsenal must avoid giving the ball away so cheaply and have a more substantial midfield presence if they are to improve upon their performance of last week. An early goal will certainly unsettle a shaky Villa side, and Arteta’s Arsenal must build and maintain momentum to keep the crowd on side if they are to emerge on top.

Aston Villa enter the tie off the back of a late-game collapse against local rivals Wolves. Goals from Romain Saiss, Conor Coady and Ruben Neves saw Villa go from 2-0 up to 3-2 down in the last 10 minutes of the game, understandably to the fan’s disgust. The late collapse was reminiscent of Villa’s first season in the Premier League since promotion with Dean Smith, where the boyhood fan-come-manager’s side would start bright but never hold their advantages. Villa had seemed to rectify this in recent seasons, yet this was a cruel reminder of the competitive nature of the Premier League.

The loss left Villa in 13th heading into this round of fixtures, with four losses to their name already, one more than at this point last campaign. It’s evident that Villa are struggling in their post-Grealish era, and despite making promising signings who have integrated well, Dean Smith is yet to find his perfect XI. It is most likely time to drop his 5-3-2 experiment, which mustered good results against Everton and Manchester United, yet doesn’t play to his side’s strengths, only covering their weaknesses. The five at the back formation was an effort to boost Villa’s defensive presence, yet conceding three goals in 15 minutes shows it’s not entirely working.

The 3-5-2 has also papered over a more prominent issue facing Smith, trying to fit in his two excellent strikers. Whilst Danny Ings has made a fantastic start to life in claret and blue, it has come in part at the expense of Ollie Watkins, whose all-around game was crucial to Villa’s success last season. The goals have dried up for Watkins this year, but his pressing and link-up play have been just as excellent. With the likes of Leon Bailey returning from injury, Smith cannot afford to keep extra bodies in the defence and must begin to experiment with more attacking formations to get the best out of his abundance of forward talents. We should see some progression in this area against Arsenal.

Buyako Saka is a doubt after being forced off against Crystal Palace but has returned to training. Alexandre Lacazette coudl start.

Dean Smith is hopeful on Leon bailey’s return; the Jamaican returned to training this week following a knock against Everton.

Arsenal haven’t played well in recent games, yet the home advantage against a Villa side still trying to find their feet should be enough to snatch a result on Friday night.