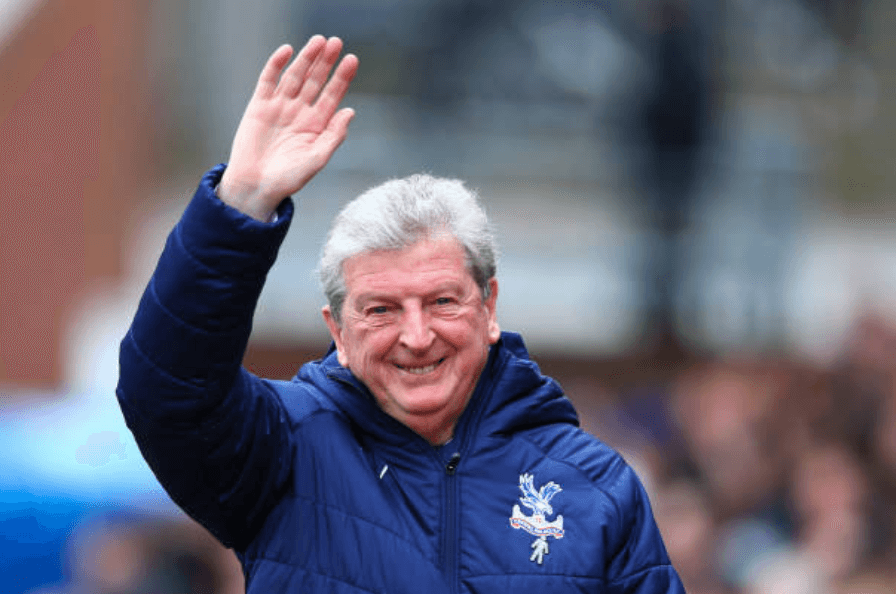 Crystal Palace suffered their third defeat in the last ten games when they welcomed champions Manchester City to Selhurst Park on Sunday, and face a tough test away at a side they rarely win against.

In fact, the Eagles have only triumphed over the Gunners four times throughout their entire history. The latest of which was April 2017 when Palace claimed a shock 3-0 victory over their North London rivals, thanks to goals from Andros Townsend, Yohan Cabaye and a penalty from Luka Milivojević, of course.

The reverse fixture finished in a 2-2 draw at Selhurst Park at the end of October, which featured a rare goal for Granit Xhaka, one from Arsenal’s top-scorer Pierre-Emerick Aubameyang, and not one but two penalties from Palace captain Milivojević.

The draw gave the South London side a respite from a dismal winless run of eight games between September and November, which saw them fall from the cusp of the top ten, to within touching distance of the relegation zone.

On the road has been where Palace have appeared more comfortable this season though but with Arsenal’s home form this campaign, it’ll certainly be a stern task for Hodgson’s men. The Gunners have the third-best home form this season, only behind the two contenders for the Premier League title.

They have since only dropped points at home twice, in back-to-back 1-1 draws with Liverpool and Wolves at the start of November, meaning they are on a ten-match winning streak at the Emirates, including huge wins over arch-rivals Tottenham (4-2) and Manchester United (2-0).

Confidence will be riding high amongst the Arsenal players and fans, as they say with waiting and the two London buses come at once, as they go into the game off the back of back-to-back away clean sheets, including the first one of the season in the 1-0 win over Watford last time out in the league.

Confidence will be flowing especially through the front two of Aubameyang and Alexandre Lacazette, who are both in fine goal-scoring form. Lacazette is arguably in the better form having netted seven Premier League goals in the twelve he’s played in since the turn of the year, but his strike partner is in hot pursuit of Sergio Agüero and Mohamed Salah in the race for the 2018/19 Golden Boot, after notching up his eighteenth of the season, one behind the leading pair.

The Gabonese captain has scored three in his last six league games, and five in his last nine in all competitions after grabbing a brace in the Europa League game against French side Rennes.

Arguments can be made for Palace already being on the beach, with the less than high energetic shift they put in against Manchester City. However, although they are eight points clear of 18th placed Cardiff City, they are also only seven points from breaking into the top half of the league, albeit having played a game more than the likes of Watford and Wolves above them. So, Roy can not allow a sense of unfounded safety into the mindset of the Palace players, because as Brighton have shown, a few defeats in a row and you will get pulled right back into danger.

The game on Sunday is the last meeting they have with one of the supposed ‘top six’ this season, with home matches against Everton and Bournemouth, as well as a trip to relegation-threatened Cardiff City, who could either be a Championship side by then or still fighting for their lives.

Since Palace’s promotion to the top flight in 2013, Arsenal have won eight of the eleven meetings between the two, scoring twenty-two goals in the process, and conceding just the twelve. Aubameyang has a 100% record in games against their South London rivals, scoring a goal in the one appearance he’s made against them. Similarly, Lacazette has a goal and two assists in three games, and on the other side, Wilfried Zaha has four assists in the seven matches against the Gunners.

The Europa League game with Napoli brought mixed feelings, as although it was all positive seeing Lucas Torreira return to the side after recovering from a groin complaint that forced him off at halftime against at Vicarage Road, they also suffered what could be a huge injury blow.

Juventus bound Aaron Ramsey pulled up in the first half clutching his hamstring and was withdrawn in swift fashion. With only a few weeks to go, and some massively important games that will determine whether or not Arsenal feature in next season’s Champions League, they will be hoping Ramsey’s Arsenal career did not end on Thursday night. Needless to say, he will not feature on the weekend.

Arsenal manager Unai Emery will also be without one of his first choice centre-backs, as Sokratis Papastathopoulos serves the second of his two-match suspension for collecting ten yellow cards. The Greek defender’s absence will mean the partnership of Laurent Koscielny and Shkodran Mustafi is reunited whilst Ainsley Maitland-Niles will return to his right-back duties after coming on in the away win at Watford.

Hector Bellerín (knee), Rob Holding (knee), and Danny Welbeck (ankle/foot) all remain long term absentees, with returns not likely to come until the summer. Denis Suarez is a doubt for the weekend, as he is said to be suffering from muscle fatigue and an injury that may see him unable to add to his minutes in an Arsenal shirt, which have been limited so far. It will be interesting to see how Emery lines up the defence, how many will be rotated with an eye to the Wolves fixture in midweek.

Hodgson will be ordering in the bubble wrap to protect Martin Kelly and Scott Dann, who are his only two remaining centre-backs available to him after James Tomkins was ruled out for the rest of the season. He joins his defensive partner Mamadou Sakho on the treatment table as he recovers from an operation that means he has played his last game in this campaign. It was described as a “major blow” by his manager Roy Hodgson, which is a reflection on the impressive season he has had, especially alongside Sakho. Palace will have to scrape through the last few weeks of the season with just the two full-time centre-backs and hope that there are no more injuries in that department.

Tomkins and Sakho are certain to miss out on the trip to the Emirates on Sunday, and they may be joined by Jeffrey Schlupp, who has fitness doubts hovering over the left-back come midfielder after he was subbed off in the game against Manchester City last time out. He is currently being assessed, and it may come to the judgement of a late fitness test, but a place on the bench would probably be the more likely outcome, with Cheikhou Kouyaté retaining his place in the midfield.

On loan striker Michy Batshuayi should return to the starting eleven, after his Belgian compatriot Christian Benteke failed to an impact last time out, albeit not through a lack of trying.

With the run of form that Arsenal are on, especially at home, and with a win going a long way in their goal for Champions League qualification, it’s got to be another home win. The Gunners always show some form of defensive frailty in their games, and if the likes of Batshuayi and Zaha are on their toes, they could find themselves behind the Arsenal backline and could punish the North London side.