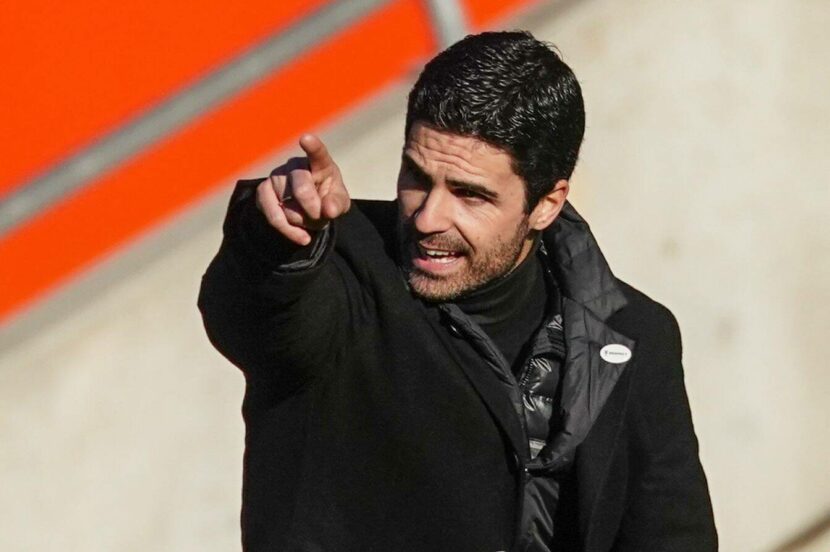 Out of form Arsenal will look to return to winning ways on Saturday afternoon as they host 16th placed Southampton at the Emirates Stadium.

After a tricky start to the season which left the Gunners without a point in their first three games and rooted to the bottom of the Premier League table, their form improved significantly during September and October as they climbed up the table. However, three losses in their last four games has piled the pressure back onto Mikel Arteta. Their unbeaten run in September and October came against “lesser” opposition, and as soon as they had tricky away days, against Liverpool, Manchester United and Everton, they capitulated – something that has long been their trademark. While they were comprehensively outclassed by Liverpool and the game against Manchester United was relatively even, the lack of control and game management in their second half display at Goodison Park on Monday night would probably have been the biggest cause for concern for the Arsenal faithful. Bouncing back to form as we enter the busy Christmas period is crucial for the North Londoners.

Southampton have been very inconsistent this campaign, drawing too many games against teams around them – only Brighton have drawn more than the Saints’ seven. Their season so far was summed up last time out against the Seagulls when Ralph Hasenhuttl’s side were leading until the 99th minute of the game before Neal Maupay struck to nick a point. Despite their lowly position of 16th in the league table, they do have a six point buffer to Burnley in 18th. With a  bit more fortune and turning their narrow losses into draws, and draws into narrow wins, the Saints will start to climb the table and reach mid-table safety.

These two sides met each other three times last season, with one win, one draw, and one loss in the league and FA Cup. Don’t be surprised if this is another tightly contested affair.

Gabriel Martinelli and Granit Xhaka both returned in midweek against the Toffees, but the Gunners were without their player of the season so far in Emile Smith Rowe. Arteta is hopeful the young Englishman will return this afternoon. With Pierre-Emerick Aubameyang and Eddie Nketiah missing guilt-edged chances on Monday night, and Alexandre Lacazette proving ineffective, it could be Martinelli who leads the line for the Gunners today.

For the visitors, Oriol Romeu and Mohamed Salisu will both miss out due to suspension. Things get worse for Hasenuttl with Stuart Armstrong and Jan Bednarek injured with calf problems, and their goalkeeper crisis means that both Fraser Forster and Alex McCarthy are to be sidelined, with new signing, veteran Willy Caballero, potentially making his debut.

Given the recent nature of encounters between these two sides, I anticipate another tightly fought battle at the Emirates this weekend. With the prospect of Smith Rowe returning and a number of injuries to first team players for the visitors, I expect the Gunners to just have enough to return to winning ways.