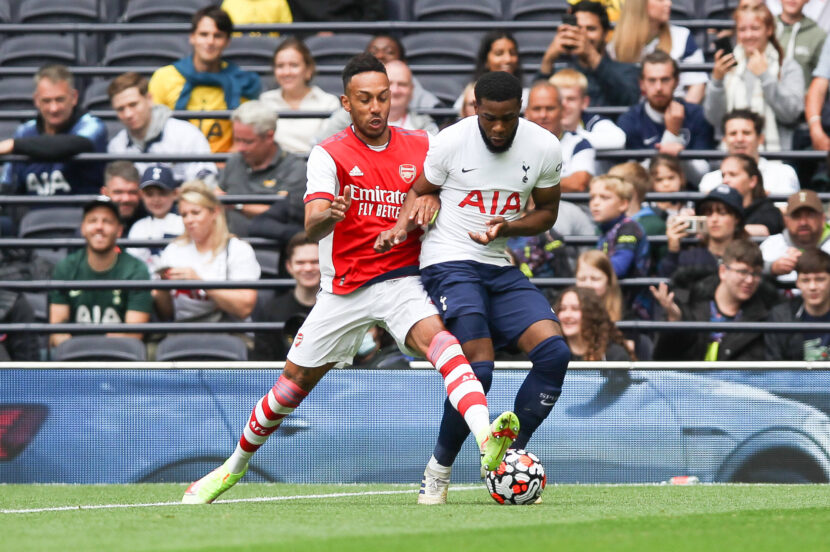 A few weeks ago, Arsenal and Tottenham were at opposite ends of the Premier League table. A change in fortune for both sees them face each other on Sunday afternoon with just three points separating them.

Indeed, Arsenal have managed to drag themselves out of a difficult situation, and a hefty victory on the weekend could see them leapfrog their North London rivals. Narrow wins have not counter balanced Arsenal’s significant negative goal difference, so Arteta will want to see some extra firepower from his team as the league table starts to form.

The re-introduction of a few defensive pillars to the Premier League scene has coincided with Arsenal’s upturn in form, and the two clean sheets that have partly earnt their six points have been heavily due to the switch up in the Gunners’ defence. The last line of defence between the sticks, Aaron Ramsdale, has impressed at his new club, and has made plenty of crucial saves. The complete rearranging of the defence in front of him, taking the form of Gabriel, Tomiyasu, White and Tierney, now gives Arsenal’s attackers the chance to clinch the game with just a single goal.

However, the 1-0 victories can’t last forever. Arsenal’s rivals Tottenham know that from first-hand experience this season. The attackers can’t hide from the fact that they’ve only scored two league goals this season. With the defence now hopefully plugged, the attention now turns to the front four who, on paper, should be scoring plenty of goals between them. Arsenal may want to pounce while Spurs suffer a lapse in their own defensive concentration.

Tottenham’s last two fixtures have been against fellow Londoners, and both have resulted in a 3-0 defeat for Nuno Espirito Santo’s men. A loss to Chelsea was what many expected, but the Lilywhites lost a lot of their fight in the second half, and had such little success in midfield that the Blues were able to cruise to victory in the final stages of the match. A week prior to this poor showing was an equally deficient capitulation at the hands of Crystal Palace, with three goals making their way past Hugo Lloris also to no return.

A hat trick of losses against clubs from the capital is on the cards and would spell trouble for Tottenham, particularly given Arsenal’s poor start that Spurs supporters enjoyed mocking a few weeks ago. The fans would lose some confidence in their new manager, perhaps more so because of the nature of the opposition. From a more logical viewpoint though, a third defeat in a row would see Tottenham slip down the table, and with the competitiveness of the top four beginning to become evident, hopes for a return to the Champions League could be distinguished before they’ve even had a chance to spark.

The slight goal drought from Harry Kane is a worry for Tottenham, and signifies why Spurs have struggled for goals as a whole so far this season. The Englishman did not start the first couple of league games, but has since had three full opportunities to net a goal. It’s often the case that Kane goes through entire games barely having a touch in the opposition box, but other games he drifts deep into midfield and becomes a false 9. This technique has become exaggerated the last couple of games and Spurs have lacked the tip of their attacking arrow as a result. Whether Nuno will instruct the striker further forward remains to be seen.

Arsenal’s virtually non-existent injury list will be music to fans’ ears. A return for Granit Xhaka following his recovery from covid and the end to his three-game suspension may not be what everyone wants to see, but the Swiss will be available for selection if Mikel Arteta feels inclined to include the volatile midfielder.

Elsewhere, Thomas Partey has been building up fitness, so could be in contention for some minutes against Spurs. Mohamed Elneny’s hamstring injury does not seem to have led to anything too serious, so the Egyptian may also make an appearance.

The ankle injury that Steven Bergwijn suffered in the Europa Conference League has kept him out since mid-September. Unfortunately for Spurs, the Dutchman remains unavailable ahead of the weekend.

Lucas Moura also picked up an injury in the same game, but is more likely to feature against Arsenal than his attacking teammate.

Heung-min Son seems to have fully recovered from his injury woes, so will take his spot on the pitch on Sunday.

North London derbies don’t always follow the current trend of results, making it a very difficult match to predict. Both teams are defensively fragile while not scoring too many of their own, so a low-scoring draw could be a reasonable estimate.