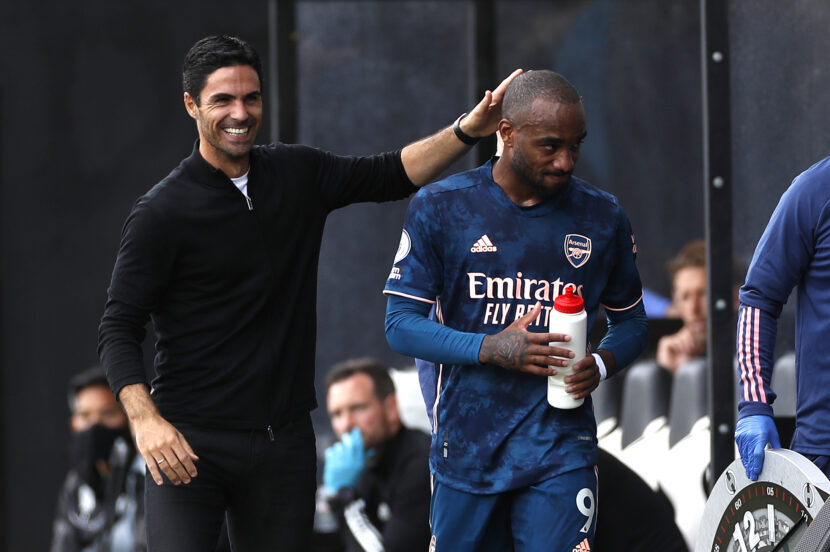 The second London derby of the season will see West Ham travel to the Emirates this weekend. Arsenal, who were victorious in their opening day fixture, will be looking to make it six points from six and claim their third straight win of the season.

West Ham, on the other hand, were beaten by Newcastle last weekend and although they may have hit the crossbar on two occasions, the Hammers rarely looked threatening and were simply outdone by a side who took their chances on the day. This is the start of hellish six games for the East London club, with Arsenal being the lowest league finishers from last season to play.

Historically, Arsenal have had the upper hand in this fixture, winning four of the last five Premier League meetings between the two. However, the Hammers did record their only win in this time period at the Emirates Stadium. I predict a very subdued approach from West Ham, who will be after any points they can find in the next six fixtures. They’ll be concerned with the attacking threat of the hosts and likely sacrifice possession to hit Arsenal on the counter.

Arsenal, on the other hand, will likely repeat their performance against Fulham, dominating the possession and patiently waiting to carve out an opening. Fulham started the game brightly last weekend, even when a goal down they didn’t panic, but overall the Gunners were rewarded for their dominant performance.

My only qualm with the result is the fact they were facing an opposition lacking in quality. West Ham poses a far greater threat to the North London club, with the inform Antonio and Bowen ones to watch. It will be interesting to see how Arsenal will cope the longer the game goes on if the score remains goalless. They’ve scored early goals in both fixtures this season, which seemed to calm any nerves and has allowed the team to concentrate on keeping themselves organised. Arteta has turned a once laughable defence into one of the best in the league in recent months and I believe part of that has been from the whole team keeping their shape. The moment they start chasing the game and players deviate from positions, we could see frailties of the past remerge.

There are no new injury concerns for the Gunners after their opening day victory. Their defence still remains depleted with Chambers, Luiz, Marí, Mavropanos, Mustafi and Sokratis all missing. With only one recognised defender on the bench last weekend, any more defensive injuries and we’ll truly see how much trust Arteta has in the youth at the club.

With the signing of Willian in the summer, the Arsenal manager now has a good balance to rotate his attacking players, though I doubt he’ll change a winning eleven this early on in the season. My best guess would see the club’s record signing, Pepe, make an appearance if any changes are made.

The ever injured Jack Wilshere remains the only doubt for the Hammers, as they look for their first league win of the season. They made ten changes in the recent EFL cup tie against Charlton and we could see the same number of changes made for the trip to North London.

The likes of Anderson and Snodgrass may push for a start, but with the form of Bowen since his arrival, his inclusion in the starting eleven is pretty much assured. The only question Moyes may have to consider is choosing whether to recall the club’s record signing Haller or remain with the current frontman, Antonio. The Englishman couldn’t stop scoring when football returned last season and will more than likely get the nod, but with Haller scoring twice against Charlton, as well as being a more natural choice through the middle, Moyes may decide to change it up.

I predict another repeat of the Hammers’ first loss of the season. Arsenal have looked unbreakable at the back in recent matches, even with a depleted defence and Arteta’s 3-4-3 set up plays perfectly into the strengths of his team.

A forward three which can control the game high up the pitch, plus break with explosive pace and a midfield which is offering some much-needed support to a previously vulnerable defence. The inclusion of Elneny back into the side seems inspired. The Egyptian looked to be surplus to requirements, but his overall energy and aggression off the ball makes him the perfect partner for Xhaka in midfield. I just cannot see West Ham breaking this defence and will likely come undone to a moment of magic from one of Arsenal’s wide players.