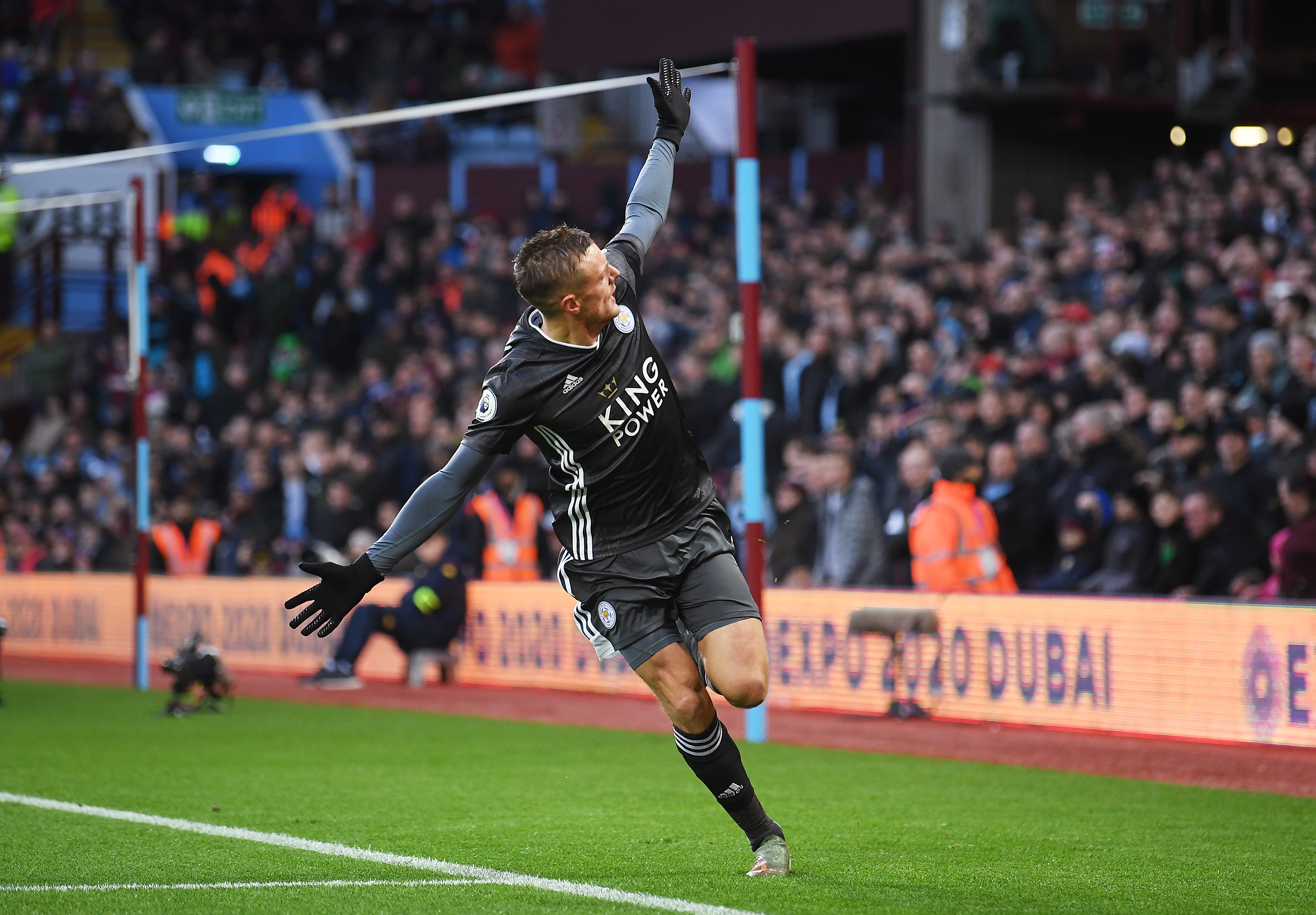 The Foxes went into the game looking to set a new club record of eight wins on the bounce, which they achieved through a dominant display over their newly-promoted opponents.

Jamie Vardy opened the scoring in just over 20 minutes, capitalising on a Tyrone Mings injury to score his 13th goal in 10 games.

Iheanacho turned from provider into goalscorer moments later, converting a low cross at Heaton’s near post.

Villa pulled one back on the stroke of halftime through Grealish, who tucked away a low effort into the far post, securing his fourth goal this season.

Villa’s comeback was shortlived, as Jonny Evans headed home Leicesters third shortly after the break. The Northern Irishman was left unmarked in the box from a corner.

Vardy netted once again late on to round up another impressive victory for the Foxes, moving them closer to Liverpool in the table and six points ahead of Manchester City.

How far can Leicester go?

Leicester made it a club-record eight wins on the bounce on Sunday, moving them ever closer to Liverpool at the summit of the Premier League. After a few years of uninspiring mid-table finishes, the Foxes seem to have rediscovered their title-winning form from the 2015/16 season.

With the likes of Vardy, Maddison and Ndidi in some of the best form of their careers, there is no reason why Leicester can’t fight for the title.

In a season which most believed would be dominated by last campaign’s top teams, City and Liverpool, Leicester have assembled a fantastic title push somewhat under the radar. They have put in some fantastic performances, such as their 9-0 thrashing of Southampton a few weeks ago. If Rodgers can keep his side in this kind of form, we can expect to see Leicester pushing Liverpool for the title come the end of the season.

After Villa’s last gasp victory against Brighton in late October, things seemed to be on the up for the West Midlands side. Smith had got his men playing excellent football, and they were getting great results against the teams around them in the lower half of the Premier League.

Since then, Villa have lost five out of their last seven, picking up a miserable four points in just under two months. On paper, Smith and co cannot be blamed for defeats against some of the top sides in the league. However, after throwing away three points against Liverpool, and putting in very poor performances against both Chelsea and Leicester, the warning signs are flashing for the Villans.

Villa’s woes aren’t helped by the fact that their £22.5m striker Wesley hasn’t scored in eight games, and they have only managed to keep one clean sheet in their last eleven games. The numbers are worrying for Villa, who will need to turn their performances around if they want to stay up this season.

Should Vardy reconsider his England retirement?

Before Rodgers’ arrival in the East Midlands, Jamie Vardy decided to quit the England setup after a frustrating major tournament experience under Hodgson. Since then, Vardy has gone on to score 25 goals in his time under Rodgers; by far the most in the league.

The 32-year-old has recaptured his title-winning form from 2015/16 and looks on course to match his consecutive scoring streak of 11 games, which he achieved in that same season. With Southgate’s offensive options of Kane and Rashford having mixed seasons, should Vardy reconsider his England retirement, and lead the line for his country one last time next summer?

Defensive trouble for Smith and Terry?

When Smith was appointed head coach at Aston Villa in late 2018, John Terry’s arrival as a defensive coach was a promising sign for the club’s defensive prospects. Since then, Villa have managed to gain promotion to the Premier League and stabilise themselves in the lower half of the table.

However, in games of late, Villa have become more sloppy in defence, costing them a large number of points. Defensive errors against some of the top sides in the league have seen Villa drop the most points from winning positions so far this season.

With the likes of Tyrone Mings and Bjorn Engels struggling to find their defensive form from the start of the season, the second half of the Premier League campaign could be a long and hard one for the Villa faithful. It is up to Terry and co to turn things around before its too late for the West Midlands side.

Is Rodgers currently the best manager in the Premier League?

Brendon Rodgers’ stint at Leicester has been impressive from the get-go. He has managed to turn a side which struggled under the likes of Ranieri and Puel into a title-contending outfit in very little time. The Northern Irishman, who signed a new contract with the Foxes this week, has done an incredible job with the players at his disposal so far.

Despite going slightly under the radar, Rodgers’ side find themselves in a secure second place, only eight points off the league leaders Liverpool, with more than half a season still to play. Their performances so far this season sum up how well their turnaround in form has been.

Now chasing the side which he was sacked by, and the manager he was replaced by, with a much more limited squad and budget, can Rodgers be considered as the Premier League’s best manager? If Leicester continue to impress this season, he may well have to be considered.

Aston Villa travel to Sheffield United as they look to get their season back on track, whilst Leicester will look to make in nine wins in a row as they host Norwich. 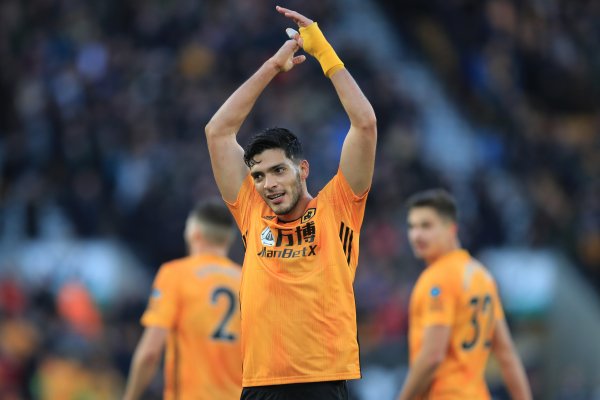 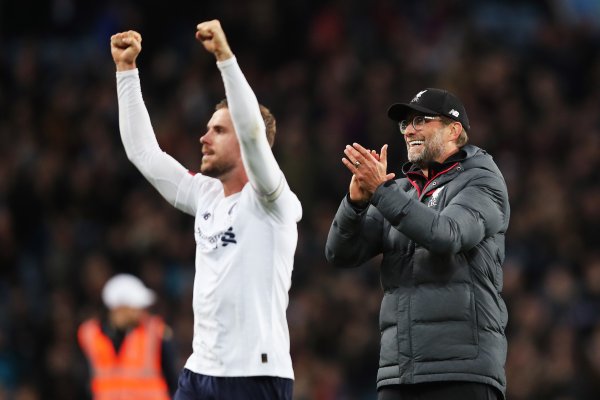 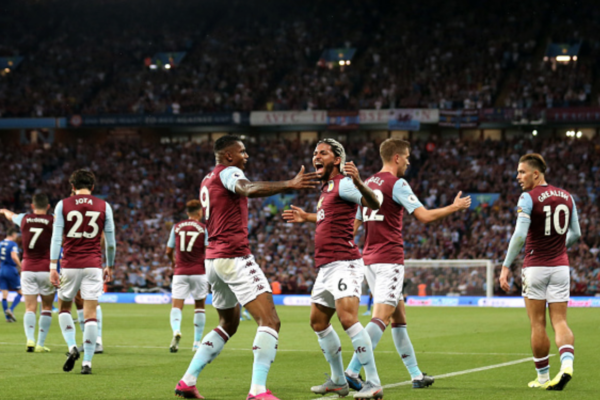