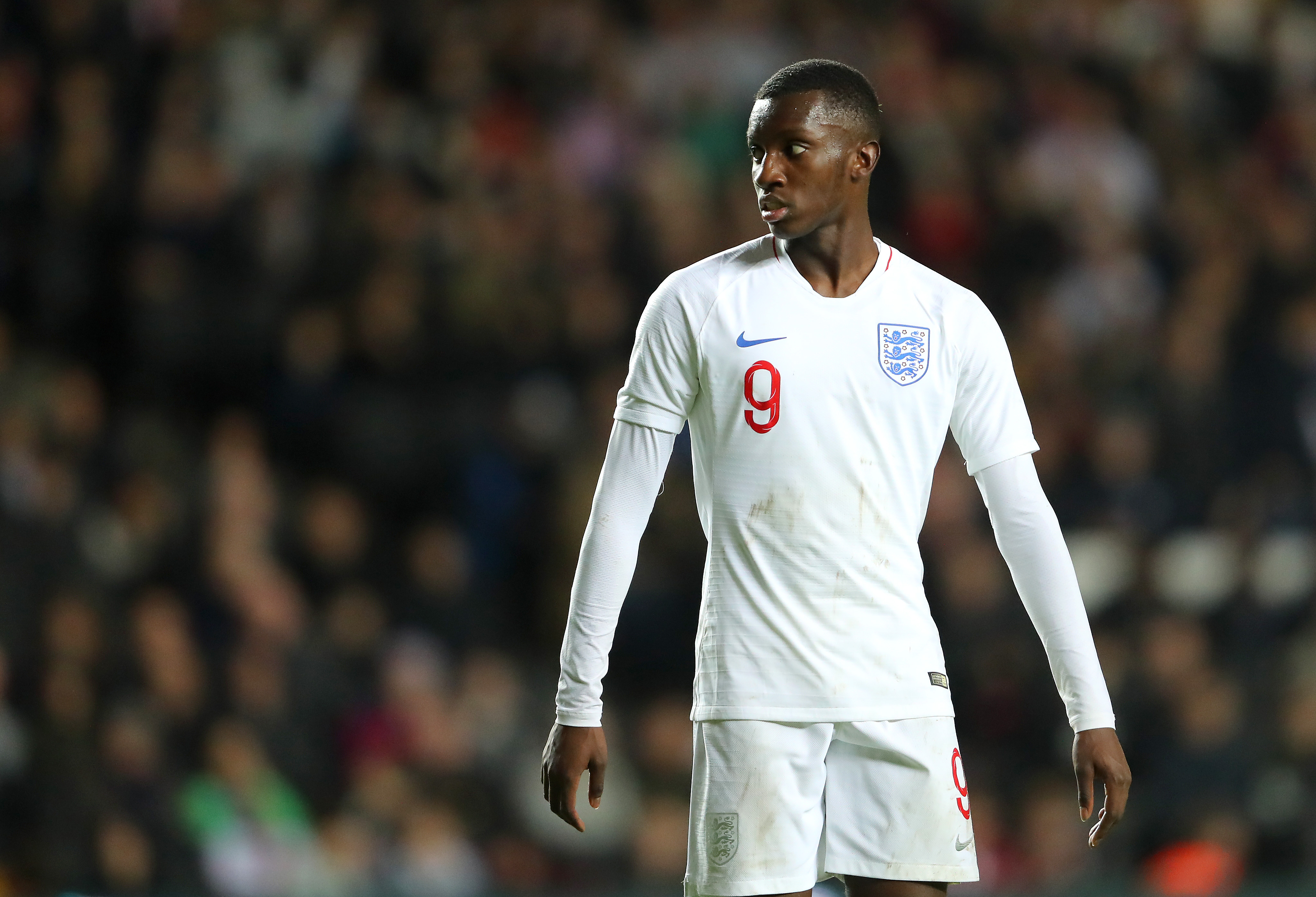 Both Norwich City and Aston Villa are sitting in the Premier League relegation zone after 22 matches, embroiled in a fight to survive in the top-flight.

Daniel Farke’s side, in particular, have been cut adrift and they prop up the Premier League table, eight points from safety. Meanwhile, Villa are in the hunt for goals after losing striker Wesley Moraes for the remainder of the season. Both clubs have been linked with a move for Arsenal starlet Eddie Nketiah on loan, according to reports from The Sun, and the prodigy’s choice could impact whether the two sides return to fight in the Premier League again next term.

20-year-old Englishman Nketiah spent the first half of the season out on loan at Leeds United, but that was cut short due to a lack of first-team action. However, the young striker showed some significant promise after scoring three goals in two Championship starts, with a further 15 substitute appearances. It appears struggling Premier League clubs have seen enough to gamble their survival on Nketiah’s arrival after also finding the net in both the Carabao Cup matches he started, but where would suit the striker best?

At Aston Villa, Nketiah is virtually guaranteed game time, unless they bring in another forward, as they are out of options with Wesley injured. It would be a daunting prospect for the 20-year-old to have a club’s survival hopes thrust upon him, but with Jack Grealish in scintillating form, the striker may get some excellent service. In spite of this, Arteta might feel it is too early in the striker’s career to shoulder the burden of expectation at a struggling Premier League side.

Meanwhile, Norwich City may also be struggling, but there is nowhere near the same level of expectation as at Villa Park. The Canaries did not spend big in the summer and are so far adrift at the bottom of the table; a return to the Championship feels somewhat inevitable.

Due to the low levels of expectation, along with Farke’s side playing a delightful attacking brand of football, not too dissimilar to Marcelo Bielsa’s Leeds, Carrow Road could be the ideal location for Nketiah to get some Premier League game time under his belt. Furthermore, Teemu Pukki would likely remain as the first-choice striker meaning the Englishman won’t be solely relied upon.

Whichever destination Nketiah and Arsenal choose to send the 20-year-old out on loan for the remainder of the season, he could be the difference between keeping them afloat in the Premier League and descending to the Championship. Though with less pressure and a similar brand of football to Arsenal, they might be wise to snub Villa and send the prospect to North Norfolk.