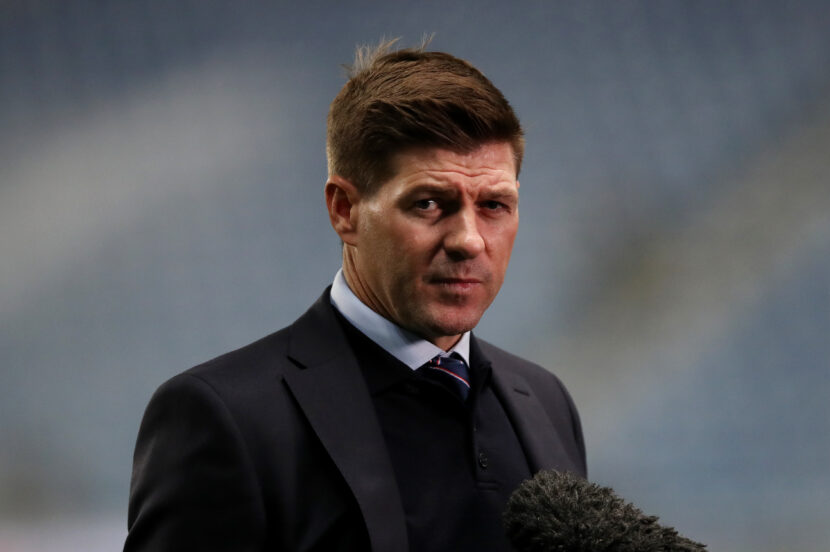 Steven Gerrard begins life as a Premier League manager, as his Aston Villa face a Brighton side without a win in six.

Steven Gerrard’s managerial career takes its next step, as he takes charge of his first Premier League fixture this weekend. Graham Potter, who was also a touted candidate for the recently vacated Villa managerial role, will be his opposite in the dugout, as two of England’s most promising young managers face off.

After five defeats in a row and 18 defeats in 2021, Dean Smith’s time as Aston Villa manager came to an end last weekend. The Villa fan-come-manager had overseen the club’s astronomical rise from the foot of the Championship to a stable Premier League side; only three teams out of the 92 in English football climbed more places than Villa during his tenure. However, with progress turning stale and results going south, Steven Gerrard was the individual selected by Cristian Purslow and the rest of the Villa board to take the Midlands side forward.

Gerrard will need to hit the ground running to convert a large number of Villa fans disappointed by Smith’s sacking. Many of the Villa faithful believed Smith had earned the right to battle for his job. The Birmingham-born manager’s deep-rooted connection to the club cannot be underestimated; the love and support showed to Smith following his sacking on social media only reflect the extra level of difficulty added to Gerrard following his appointment. However, as the former Champions League winner said in his own words, he’s dealt with pressure in football since the age of 17, and he is confident of his ability to bring success to Villa Park.

Looking forward to Gerrard’s first game as Villa boss, we can expect him to play a similar style to what we have seen him use at Rangers. Gerrard will most likely opt for a narrow 4-3-3, playing either Ollie Watkins or Danny Ings up top, supported by two ‘inside forwards’, such as Emi Buendia and Leon Bailey. After a shaky start to the season, Gerrard’s tactics will allow both Matt Targett and Matty Cash a new lease of life, as Gerrard’s full-backs were instrumental to his Rangers side’s success in Scotland. The addition of coaches Micheal Beale and Gary McAllister will help Gerrard stamp his identity onto this Villa side, however with less than a week to prepare for the Brighton fixture; we may see a safe and almost Dean-Smith-esque lineup for the time being.

Gerrards opposite in the dugout this weekend, Graham Potter, is in full swing with his revolution at Brighton. The English manager has the Seagulls in seventh heading into this round of fixtures and looks to be finally delivering on the promising football his side have been playing under his tenure. Potter, a man heavily linked with the vacant Villa job before Gerrard was appointed, has struggled in recent weeks, as his side are winless in their last six games. Whilst an impressive 2-2 draw at Anfield sticks out as a positive result, draws against the likes of Norwich, Newcastle and Crystal Palace have made many questions whether Brighton’s early form was just a flash in the pan.

Potter will have to adapt how his side plays due to injuries and suspensions coming into the Villa tie. The biggest name missing on the team sheet will be Robert Sanchez, who is serving a one-game suspension following a red card against Newcastle. The goalkeeper hasn’t been in the best form as of late but is an integral part of Brighton’s identity, helping them play out from the back to create chances. Potter may also use Leandro Trossard in the false nine position, as he did against Liverpool, to cover Brighton’s injury woes up top. The Belgian played well in that position, causing Virgil van Dijk and Ibrahima Konate issues as the seagulls rescued a point. However potter decides to set up, it is important that his side score early on and take the sting out of a home crowd who will be fully behind their new manager and desperate to see their side win.

Douglas Luiz, Marvellous Nakamba and Danny Ings are all a doubt heading into the tie. Bertrand Traore and Jacob Ramsey could return. Ezri Konsa returns from suspension.

David Sanchez is suspended. Dan Burn, Aaron Connolly and Enock Mwepu are all expected to be available.

Brighton will be facing a tough atmosphere as they travel to Villa Park, as the Villa faithful will be in full voice to support their new manager. The players are expected to experience a bounce as well, which could make Villa a tough team to beat on the day. Brighton’s quality cannot be underestimated, and they will come into the game expecting the pressure. A draw looks like a fair result.