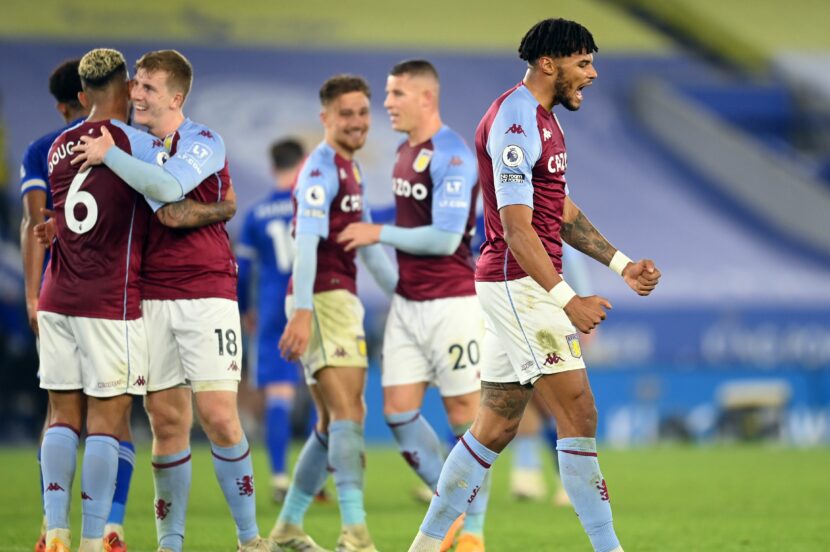 Aston Villa look to continue their 100% win record as they host another of this season’s surprise packages in Leeds United on Friday evening.

Both sides have been in fine form so far this season, finding themselves in second and tenth respectively. The last time these sides met, the controversial ‘given goal’ saw Villa draw level to play out a 1-1 draw, in what was one of the most highly talked about fixtures of the 18/19 Championship season. Whilst a similar scenario may be unlikely this weekend, there will be no shortage of competitive nature as both clubs have a lot to prove, in this unofficial ‘big club’ rivalry.

Aston Villa come into the tie in their finest form since getting promoted two seasons ago. The Villans have won all four of their Premier League games so far, and along with AC Milan, remain the only side to maintain a 100% record in Europe’s top five leagues. Villa would see themselves at the top of the table for the first time in 20 years if they avoid defeat this weekend. A late Ross Barkley goal secured Villa all three points in their last tie against Leicester, and many expect this upcoming fixture to be no less of a challenge.

Dean Smith’s side has managed to have a fantastic start due to their incredible defensive turnaround. The Midlands side have conceded two goals this season, keeping three clean sheets and boasting some of the best defensive numbers in the league. The additions of Matty Cash and Emiliano Martinez, along with the noticeable step-up in performance of Matt Targett has seemed to address some of Villa’s defensive weaknesses from last season. England international Tyrone Mings commands Villa’s solid backline to protect their box, drastically reducing the number of shots Villa concede per 90.

However, Villa have not only improved in defence as with attacking additions of Ollie Watkins and Ross Barkley, Villa boast the impressive statistic of being the only side to have a higher XG than their opponents in all of their league games so far this season. The introduction of more creative attacking influences has allowed club captain Jack Grealish to unlock another level to his attacking play, contributing to 50% of Villa’s offensive output this season through either goals or assists. Whilst Villa have a long way to go to achieve their target of finishing in the top 10, a victory this weekend would surely prove they are a team to be respected this season.

Whilst Villa have quietly gone about transforming their play, Marcelo Bielsa’s Leeds have taken English football by storm. From spying scandals to PowerPoint presentations, there hasn’t been a dull moment in the North East since the Argentinians arrival. A pundit’s favourite, Bielsa has transformed Leeds from an underperforming mid-table Championship side to a solid Premier League outfit and has put on some impressive displays so far this season.

Despite losing to both Liverpool and Wolves, Leeds have not shied away from implementing their high-intensity style into the Premier League, and it wouldn’t be a surprise to see other outfits start to take inspiration from the White’s determined style of play. Similar to the gegenpressing system which won Klopp’s Liverpool the league last year, the high-intensity approach Bielsa’s Leeds implement has already caught out some Premier League sides, and will undoubtedly be effective across the 20/21 season.

Leeds’ main issue so far has been their ability to see out games that they have performed well in. Similar to Villa last season, Leeds have failed to capitalise upon a series of good performances so far. Although good performances can be commended; results keep a side up in the Premier League. This issue may arise this weekend, as Leeds will be without key players, such as Kalvin Phillips and Liam Cooper. As we saw against Leicester and Liverpool, Villa are more than capable of taking advantage of weakened squads and will aim to do the same against Leeds.

Dean Smith enters the tie with a full-strength squad. Bjorn Engels returned to the substitutes bench against Leicester following a battle for fitness.

Aston Villa are in fine form; however, it can’t last forever. Historically they have struggled against Bielsa’s Leeds, and this game will most likely play out to a draw.