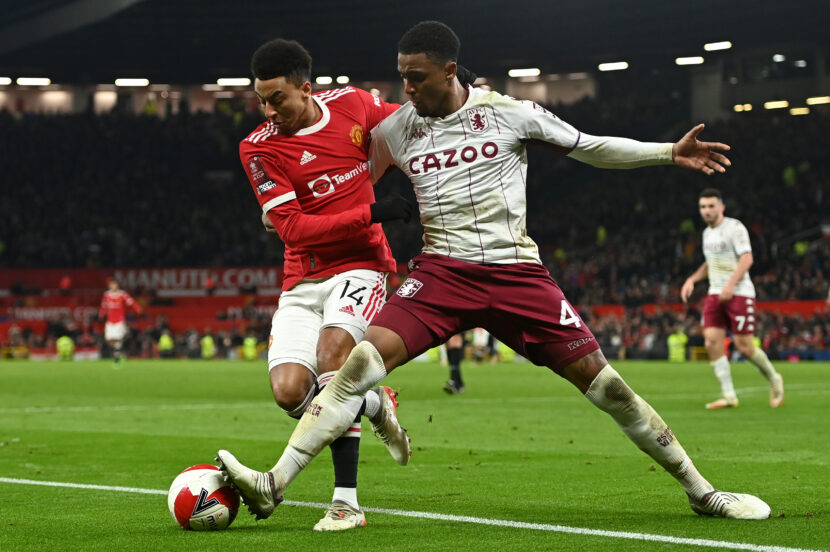 Less than a week after their last game against each other, Aston Villa and Manchester United face off in the Premier League.

Following their 1-0 victory at Old Trafford against the Villans in the FA Cup, Manchester United now travel to Villa Park to face Aston Villa once again, now in the League. Whilst there may be a lot to take away from their FA Cup clash in anticipation of their league game on the weekend, different starting XI’s, tactics and motivation will most likely make this a somewhat unfamiliar affair to the game a week ago.

Aston Villa head into the tie on a three-game losing streak; however that will not dampen the home crowd’s spirits, who will be fired up after the arrival of the world’s third most expensive player, Phillipe Coutinho. The Brazilian international signed on loan for the Midlands side from Spanish giants Barcelona on Tuesday and will be eligible to face United on the weekend. Having dominated the game on Monday night without getting a result, the addition of Coutinho to an already impressive attacking lineup will surely give Villa the confidence and belief that they can claim all three points against United on the weekend.

Whilst Coutinho will give Steven Gerrard’s side a boost in morale; there will be no lack of motivation to beat United on Sunday. Villa had two goals disallowed early in the second half, with the first being a harsh decision that took VAR almost four minutes to rule out. Gerrard ultimately accepted the referee’s decision but will undoubtedly be preparing his side to seek vengeance at Villa Park.

The ex-Liverpool man stressed the importance of the FA Cup to him and his Villa side before the game, starting a full-strength side on Monday night. We should expect a similar side to play on the weekend, with some unavoidable adjustments. John McGinn will be missing through injury, leaving Morgan Sanson likely to make his first start since Boxing Day. Sanson may not be the only Frenchman starting for Villa, as their capture of Everton’s full-back Lucas Digne was confirmed on Thursday morning, meaning he will most likely replace the out of form Matt Targett. With an all-new left side of Coutinho and Digne, we can expect a more exciting and attacking display from Villa in front of what will surely be a pumped-up home sell out.

Whilst things are on the up at the B6, Ralf Rangnick’s tenure as interim manager of Manchester United hasn’t gone exactly to plan as of yet. The makeshift United boss hasn’t yet been able to stamp out the big egos and romanticism with mediocracy that plagued the club for the past few years, particularly under Ole Gunnar Solskjær. Poor results in his first months as United boss, including a dire 1-0 defeat to Wolves in their last league game, reflect the monumental task that awaits Rangnick if he is to overturn the club and start fresh when he moves to his consultancy role at the end of the season.

On the pitch, his 4-2-2-2 system hasn’t yet suited the players at his disposal, with the likes of Edinson Cavani and full-backs Luke Shaw and Aaron Wan-Bissaka seemingly playing worse since the switch in manager. United have been open through the middle time and time again, as the midfield duo of Scott McTominay and Fred have left much to desire, meaning the majority of sides Rangnick’s team have faced have had their fair share of possession and control over the game. This is all without mentioning the Cristiano Ronaldo problem, who, despite being their top goalscorer, seems to have been a significant factor in the recent toxicity and disinterest in the dressing room and lowered the overall quality of performances on the pitch.

After securing a somewhat undeserved 1-0 victory against Villa in the cup, Rangnick’s side must head to Villa Park and put in a more convincing showing against a team who will be desperate to beat them. The return of Ronaldo after a muscular issue in midweek could give United the boost they need to beat Villa, with the Portuguese forward having an excellent record against the West Midland side.

Steven Gerrard will be without John McGinn due to suspension. Leon Bailey and Marvelous Nakamba remain on the sidelines, while Bertrand Traore and Trezeguet are away at the Africa Cup of Nations. Phillipe Coutinho and Lucas Digne could make their Villa debuts.

Scott McTominay and Luke Shaw are both suspended. Eric Bailey is away at the Africa Cup of Nations. Cristiano Ronaldo, Harry Maguire and Phil Jones could return to the starting XI.

Having played well against United at Old Trafford on Monday, Villa will be determined to get a result in front of their home crowd. United must start the game well to nullify the home advantage, and with some key figures returning, they could do that. It looks to be an equal affair.