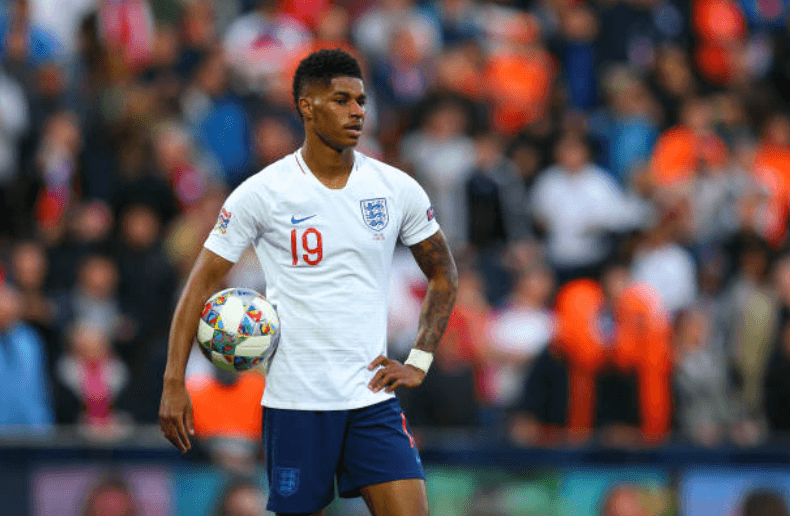 Reports in the Mail suggest that Barcelona could likely turn their attention to Manchester United’s Marcus Rashford this summer if their reported moves for Antoine Griezmann or Neymar fall through.

The England international scored from the penalty spot against the Netherlands in England’s 3-1 defeat in the Nations League semi-final on Thursday night before being replaced at half-time and it’s understood he is seen as a ‘plan B’ in Barcelona’s transfer aspirations.

The Catalans are keen on finding a long-term alternative to replace Luiz Suarez at the Camp Nou and after Antoine Greizmann indicated he will leave Atletico Madrid this summer, the LaLiga Champions were heavily linked with a move for the French striker.

Alongside this, PSG ace Neymar has reportedly been linked with a move back to his former club just two years after he became the worlds most expensive footballer in his move to PSG for a reported £190million.

The playmaker is understood to have turned down a move to Barcelona rivals Real Madrid this summer as it is believed he would only be interested in a move back to the Camp Nou.

As for Rashford, who netted 13 goals in 47 games across all competitions for United last season, Solskjaer will be adamant that his young star is going nowhere as he looks to rebuild his United side following their disastrous finish to last years campaign, in which they failed to qualify for next seasons Champions League whilst finishing sixth in the table.

The 21-year-old does have just a year remaining on his contract at Old Trafford and is still waiting to put pen to paper on a new £150,000-a-week deal. It’s been reported by SPORT that Barca have begun talks with the United star due to talks regarding a new contract at the club stalling.

United fans should have nothing to worry about at the moment though as Barcelona are still fancied to secure the services of Griezmann in the coming months and as Rashford remains a ‘plan B’, plans can continue at Old Trafford to rebuild with Solskjaer at the wheel.