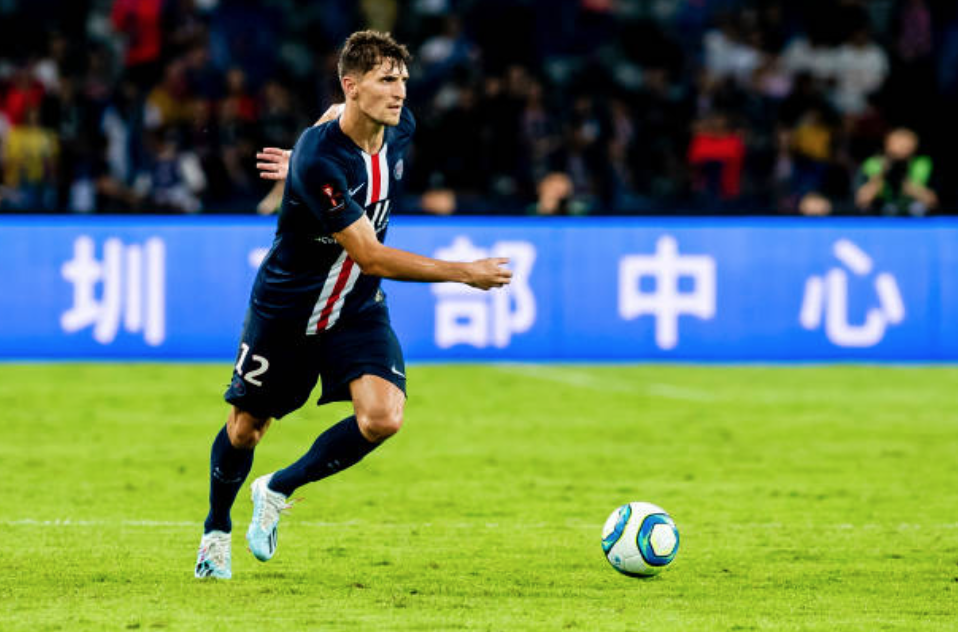 Belgian defender remains on the radar of Manchester United and Arsenal

Both Arsenal and Manchester United are monitoring the situation of Paris Saint Germain right-back Thomas Meunier and could make a swoop for the Belgian in January, according to reports from the Daily Mirror.

The 27-year-old is out of contract in the summer and could be available at a reduced price if clubs want to avoid competing against one another to sign him for free, the Daily Mail has suggested.

Meunier spoke about the subject, saying that the summer was: “An intense period, with a lot of interest and discussion. “I could have left, but it was not done because there was nothing that suited the club or myself”.

After Dani Alves departed for Sao Paulo, having been named player of the tournament as he captained Brazil to the 2019 Copa America, Meunier was widely expected to fill the void Alves vacated at right-back.

However, Thilo Kehrer has stepped up after arriving in 2018 from Schalke for £33 million and the 22-year-old German international is providing stern competition. So far this season Kehrer and Meunier have both made one start each in Ligue 1.

But the more versatile German can also play at centre back, where he started alongside Meunier in PSG’s 2019 Trophee des Champions win over Rennes.

However, the Belgian international hinted he would prefer to remain at the Parc des Princes by saying to RTBF: “I have always said that I wanted to stay in Paris. I still have one year left on my contract, and I still hope an extension can be secured.”

He added: “I have already spoken with the coach. We are aware that this year will be complicated. But I have always thought that leaving in the middle of the year is a bad idea because I think that clubs which do business in January are clubs that, for me, act in haste.”

Should he sign for Manchester United, Meunier would have to compete with Aaron Wan-Bissaka, who arrived from Crystal Palace for £50 million in June.

Arsenal are arguably short of options at right-back, aside from Hector Bellerin, who is set to return at the end of the month, and Ainsley Maitland-Niles who has been filling in for the Spaniard while he recovers.