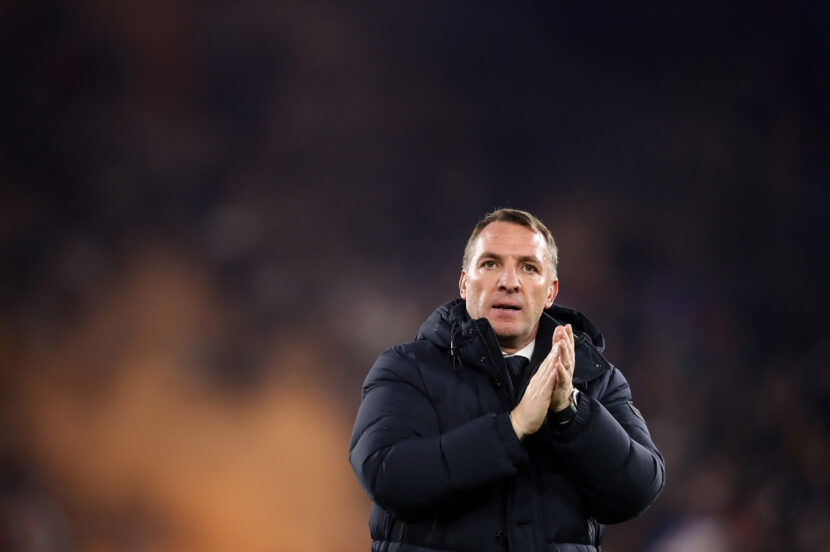 Brendan Rodgers’ Leicester City side have been emphatic in the Premier League this season, and the Foxes have not left the European places for the past 25 matches and look set to return to the Champions League, after a three-year absence.

Currently they reside in third place, but Leicester line up against Manchester City in second at the weekend and a win would send them to within one point of the reigning Premier League Champions. In his pre-match press conference, the Foxes manager revealed just how he thinks he can avenge their 3-1 December defeat to Pep’s side.

Describing the reverse fixture, the Northern Irishman said: “We were too passive. That was pretty clear. We got a great start [going a goal up via Jamie Vardy], but we didn’t press the game well enough.”

“Man City are a great team, but they have to feel your aggression and when you get the ball you have to have quality,” Rodgers said. Unfortunately for Leicester City, they will be without vital assets in their starting eleven, as Wilfred Nididi, Hamza Choudhury and Nampalys Mendy are all side-lined.

Ndidi and Mendy are both absent through injury whilst the Englishman is suspended after receiving his marching orders for collecting two yellow cards against Wolverhampton Wanderers. While Rodgers has identified intensity as a vital area to dominate their opponents, it may be difficult to achieve that without the midfield trio.

One of Belgian duo Denis Praet or Youri Tielemans may have to drop back to a holding position in front of the back four, as Leicester have preferred a 4-1-4-1 formation this term and there are few other natural options who can act as cover.

As per WhoScored, the pair have both averaged 1.2 tackles per game, though the younger of the couple, Tielemans, has completed more interceptions (0.7) to Praet’s average of 0.4 per match. Given those stats, it appears appropriate that the 22-year-old takes Ndidi’s usual role shielding the defence, along with giving Leicester City the intensity manager Rodgers believes they will require to overcome the Premier League Champions.