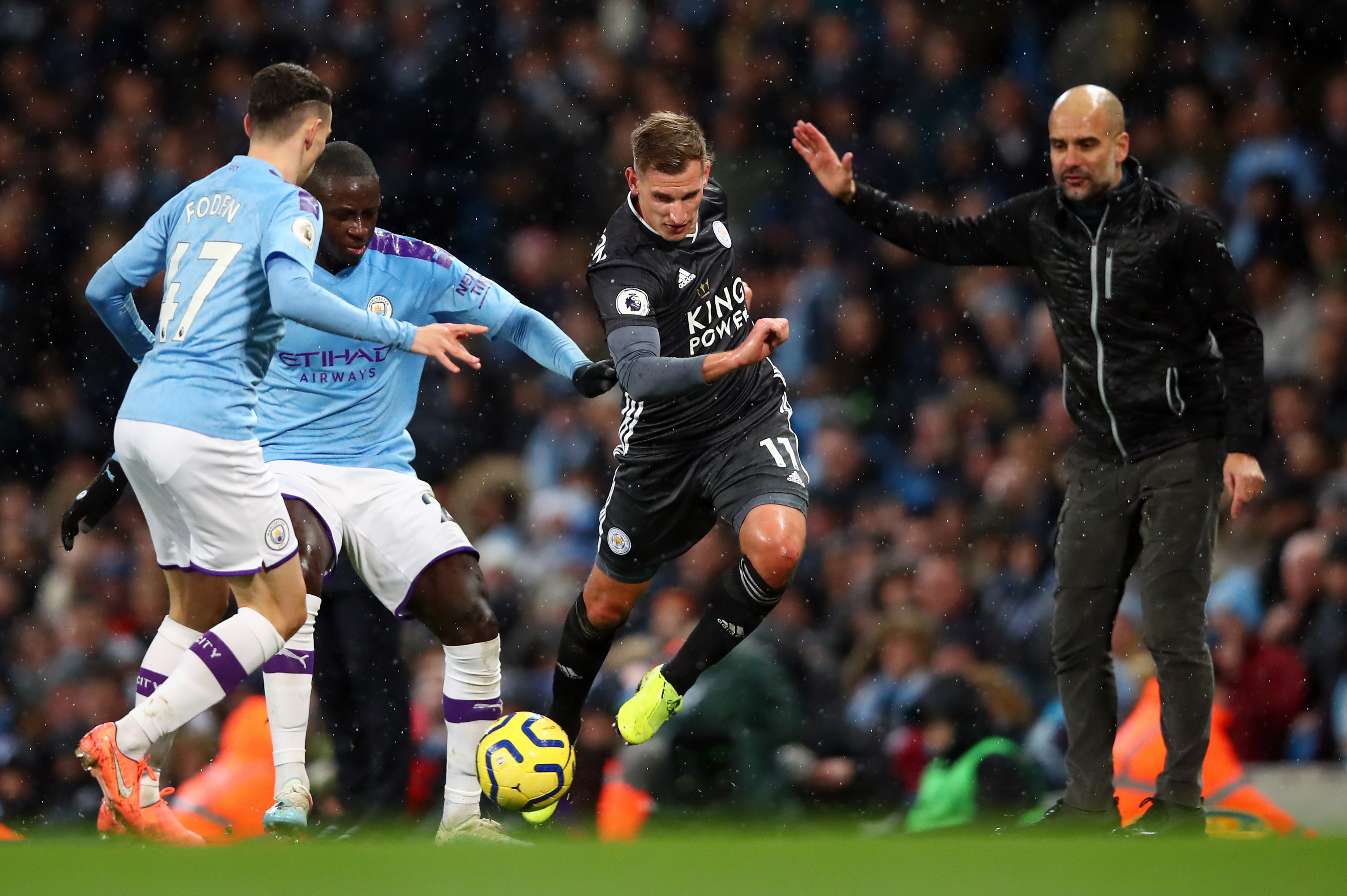 Leicester City were somewhat played off the park at the Etihad on Saturday evening and despite taking the lead through Jamie Vardy, City quickly responded thanks to goals from Riyad Mahrez, Ilkay Gundogan and Gabriel Jesus.

The Citizens cumulated 23 shots at Kasper Schmeichel, 12 of these on target whilst the Foxes only managed five, with only two on target. As we have seen previously with Leicester City, when playing against the big teams specifically, Jamie Vardy was suffocated and played goose chase with the Manchester City defenders as his side struggled to support him throughout the 90minutes.

The responsibility for supporting Vardy should fall mainly on the wingers, Harvey Barnes and Ayoze Perez on Saturday evening for example. Yet despite Barnes providing the pinpoint assist for Vardy’s goal, both Barnes and Perez were rather ineffective in Manchester. The two only managed one key pass each yet the Spaniard did not even complete a successful dribble against the Champions, with Barnes only managing one. The latter limped off on the 64th minute after colliding heavily with Ederson and could potentially miss the huge clash with Liverpool.

Having said this, depending on Barnes’s fitness, it is the Spaniard who is at risk of being replaced on Boxing Day. He was disposed once at the Etihad and only had 22 touches, four of these touches were deemed bad control and the stats don’t look good for Leicester’s £30m signing.

Marc Albrighton replaced Barnes on the 64th minute and Rodgers should seriously consider recalling the Englishman to the starting XI as they prepare to welcome Liverpool to the King Power on Boxing Day. Leicester’s title winner managed more dribbles than Perez despite being on the pitch for a limited time and this was during the time when the game was falling away from Leicester after the Citizens’ third goal.

Albrighton also managed more passes (12) than Perez (8) and managed more crosses than his teammate. The 30-year-old has only managed 230 minutes of Premier League football under Brendan Rodgers this season and the manager has only relied on him once from the off. Yet the winger epitomises what Leicester City are about. He is a tenacious player who puts the work in not only offensively but defensively as seen during moments against City when he tracked back to assist Ricardo Periera on the right-hand side of defense.

He played a key part in Leicester’s title-winning season, starting 34 if the 38 games, whilst managing two goals and seven assists. Whilst these are not significantly impressive stats for a side that won the league, his tracking back and work rate is second to none and he could have a significant part to play this season in Leicester’s European hopes if his manager puts greater trust in him and decides to drop Ayoze Perez; whose life in a Leicester shirt to date, has not been pretty spectacular.