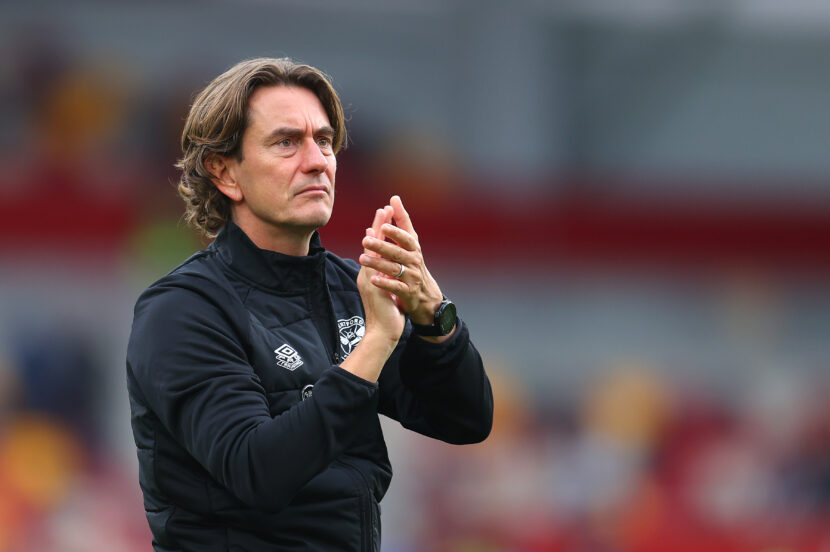 Two teams in dire need of three points and a confidence boost face off in West London, with Everton travelling to the capital to take on Brentford.

The home side are less in need of said confidence boost, being this season’s newcomers taking the Premier League by storm, and just last weekend being involved in a six-goal thriller against Newcastle. However, the bottom side did not present three points to the Bees, who now reside in 14th place, despite their rocket-fuelled start to the campaign. Fans will hope the goal fest can instil some extra attacking energy to help them to victory against a side who are conceding more than a desirable amount.

Thomas Frank’s men were ahead twice in the match against Newcastle, but the Magpies had far more shots and opportunities, which makes the result a bittersweet one. Brentford’s defensive stats don’t make for particularly pleasant reading for the manager. If it wasn’t for their attacking presence, the Bees would be a lot closer to the relegation zone. Mads Roeslev, who isn’t a regular starter, was a specific target for Newcastle’s Allan Saint-Maximin, who ran the defender ragged throughout the match. Defence will have been an area of focus on the training ground this week, and a clean sheet against a confidence-lacking Everton is the overarching aim.

Brentford will want to get ahead early against Everton, as the Toffees have struggled to establish themselves in a handful of games this season. A strong start to the match will further dent the self-esteem of the Merseyside outfit, and prevent them from retaliating. The last time the two sides met was way back in 2010, so there’s little history to base a score estimate upon, but you get the feeling Brentford will be the ones attempting to afflict dominance on their home ground.

As already stated, Everton have had a torrid time over the last six fixtures, gaining just two points from a possible eighteen. Granted, they have been tough matches, but the total goals conceded is perhaps the biggest concern for Rafael Benitez. The blame is certainly not solely on the defence, and criticism is more warranted in the midfield on some occasions. Particularly last weekend against Manchester City, Everton were absolutely run ragged in the centre of the pitch, and barely had a touch of the ball as a result. Since they were playing the champions, there was only one winner based on these facts, with the Citizens winning 3-0.

With the inevitable scoreline aside, a more sore point for Everton fans is the injury that Demarai Gray picked up in that match, as well as the fifth booking that Richarlison accumulated. The former issue is not as problematic as first feared when the versatile attacker left the pitch after approximately fifteen minutes into the match, but the yellow card for the ill-disciplined Richarlison means yet another player will have to be sidelined, adding to the enormous list of Everton’s absentees.

The injury list excuse gives little consolation for the fans, who will be ready to let their voices be heard if they leave the capital without a point on the weekend. One of the players that the supporters may be willing to sympathise with is Andros Townsend, who has been the most consistent bright spark in the Everton squad. Scoring goals against Brentford is a must for Everton this weekend and, if they are to get any, the attacking midfielder is likely to be either the scorer or the provider.

Brentford have been much the more fortunate side on the injury front, with no new ones to report. On top of this, a few key players look set to return to the starting lineup, including Mads Bech, whose defensive contributions have been missed since August.

Up the other end, Yoane Wissa has been told he is fit to feature from the bench this weekend. Mathias Jensen will also return after recovering from covid. Mathias Jorgensen picked up a muscle injury earlier in the month, and is still unlikely to feature.

Everton are nowhere near as lucky with their injury list, with multiple key players still out. Starting with the possibly more positive news, Demarai Gray’s aforementioned injury may not keep him out for Sunday’s match, while Abdoulaye Doucoure may also feature after being out with an injury since mid-October.

Richarlison is suspended for one match following his booking last weekend, while Mason Holgate is banned for two more matches. Allan has had some minor treatment this week but should still be able to start on Sunday.

Everton are an incredibly fragile side as of late, and Thomas Frank will know this, instructing his players to go at the Toffee’s backline with persistence.