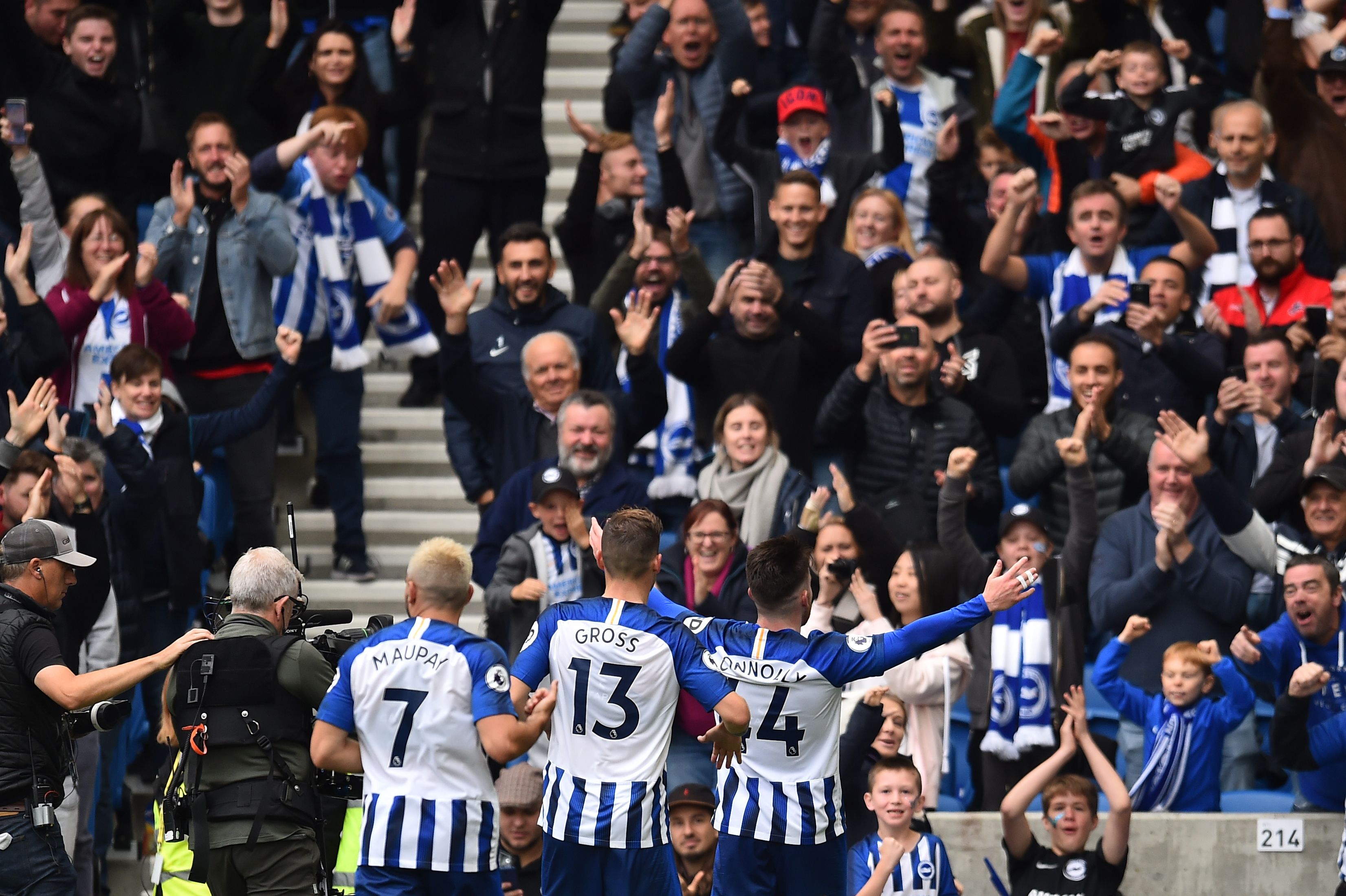 A terrible week for Tottenham was only made worse as they were soundly beaten by a persistent Brighton side who managed their first home win of the season.

It wouldn’t take long for the Seagulls to score with an absolutely laughable error from Hugo Lloris paving the way for opening goal. After a dreadful performance from the Frenchman in their midweek Champions League fixture against Bayern Munich, the World Cup winner would return to the Premier League only to be carried off the pitch within the first five minutes of the match with an unfortunate injury that could see the shot-stopper ruled out until January.

That opening goal seemed to crush the spirits of the visitors who would find themselves held inside their own half for much of the match. Indeed, Spurs’ lack of proactive play would cost them again as they allowed youngster Aaron Connolly to tap in a rebound following a decent save from Lloris’s replacement, Gazzaniga.

The hosts would continue their attacks with Dale Stephens almost scoring from a well-hit volley and Pascal Gross nearly beating Gazzaniga from a free-kick. Spurs would have no response to the pressure from Brighton and Connolly, who scored the second, would find a way to score the third as well, with his curling shot fizzing past Gazzaniga.

Late efforts from Tottenham would be wasted with both Son and Kane coming close but ultimately missing what were easy chances. Indeed, nothing went right for the visitors and players who would normally score with the opportunities they were given found themselves looking like shadows of themselves.

With questions over Brighton’s recent performances, this triumph over Tottenham proved to be exactly what the hosts needed. On the other hand, Tottenham, who were humiliated by Bayern Munich at home, now have even more questions to ask themselves as the international break begins.

Spurs were in the final of the Champions League a few months ago and if you had told any of their fans that Tottenham would be steamrolled by Bayern Munich and easily bested by Brighton come October, they would have laughed. However, that is the reality. Something is definitely wrong for Pochettino and his squad.

Harry Kane, Son, and Lamela were completely ineffective for the entirety of this match, and a team that was one of the best in Europe last season has devolved into something else entirely. Whether the horrendous form is down to Pochettino or his players or both parties is anyone’s guess. Yet there is a problem, and it must be dealt with soon if Tottenham are to return from the international break with their dignity intact.

Connolly the missing piece of the puzzle?

In previous weeks it was clear that Brighton were missing something: they were missing goals. In this match there was no shortage of them thanks to Aaron Connolly. While many may suggest that this win was due to Tottenham’s poor form, credit must be given to Connolly for taking advantage of Spurs’ mistakes.

Lively, energetic, and skilful, Connolly’s performance likely won him a place in the team for a few more matches. Indeed, his influence on the team’s performance looks to be what the Seagulls have been missing in recent matches. Whether Potter will give the youngster a run in the team is yet to be seen, but it is clear Brighton’s attack would benefit from his inclusion.

Is Pochettino’s time up?

Pochettino could have been at the helm of Real Madrid this season-or at least that’s what the rumours suggested. Nevertheless, the Argentinian remains at Spurs with what many would consider a limited squad. What is Spurs’ goal for the season? To win the title? To win the Champions League? Frankly, both seem out of reach. Both Spurs and Pochettino seem to have outgrown each other.

Pochettino surely realises there are other teams that would fight for his services, and his lack of trophies is surely weighing on his mind. Tottenham, on the other hand, are also lacking trophies. Can anyone besides Pochettino take them to a trophy? It is a difficult question.

The situation is similar to what was seen with Newcastle and Rafa Benitez. Either the club capitulates and gives Pochettino the resources he needs to win or Pochettino leaves. What will happen is unclear, but what is sure is that someone will give in; either the club or Pochettino.

The last time Brighton scored more than one goal at home was last December. Needless to say, the Amex has lost its magic since then. Yet, this performance was precisely what the team and its fans needed, a boost in confidence and morale that should see the Amex regain some of its former magic.

Of course, 3-0 walloping’s cannot be expected every gameweek, but what Potter crafted in this victory was special and if the Seagulls can replicate the resolve and tactical prowess displayed in this match then they will be well on their way to reestablishing the Amex as a fortress.

Brighton face Aston Villa, who are coming off an impressive victory over Norwich City. Tottenham face Watford who have been lacklustre this season and that fixtures may be exactly what Spurs need after two humiliating defeats.