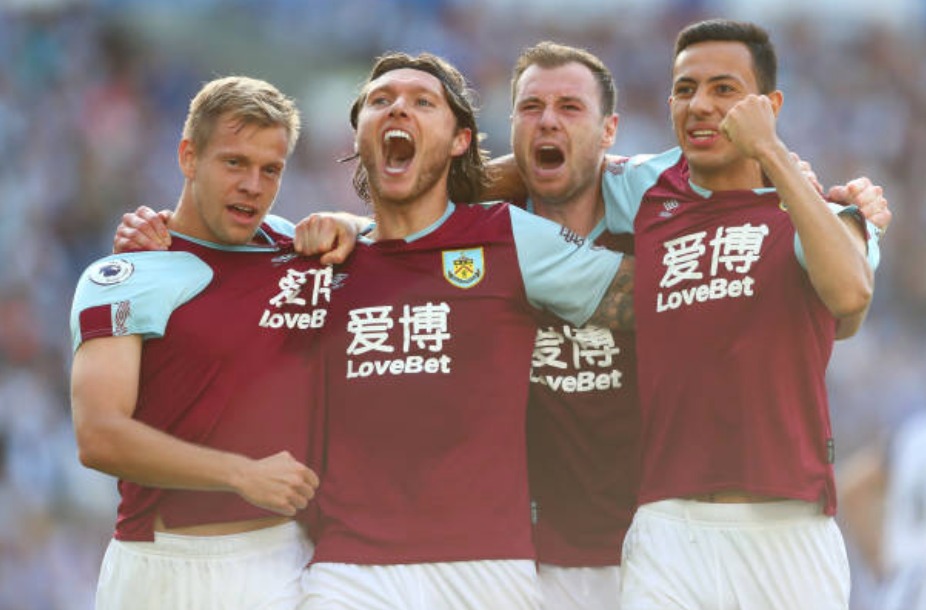 A convincing performance from the Seagulls at the Amex was all undone in the dying moments of the match as Jeff Hendrick’s vicious strike from outside the box saw the Claret’s leave the South Coast with a point.

Although Burnley would pressure Brighton’s backline in the first half, the performance from the Clarets was rather tame, while also looking a little unorganized. Aaron Lennon missed a great headed chance early in the match, and most of the visitors crosses into the box were rather ineffective. Although there was clear attacking intent from Burnley, the Seagulls were unbothered for most of the first half.

Likewise, Brighton would prove to be lacking in their finishing with Solly March and Glenn Murray both missing early chances. Poor decision making from both players saw them shooting from awkward angles when crossing to a teammate was likely the better option. Nevertheless, Brighton looked the brighter side in comparison to Burnley, with the Seagulls looking particularly dangerous on the break.

Indeed, the first goal would come following a fast play and a cross that all of Burnley’s back-line failed to track. Neal Maupay’s acrobatic effort seemed to catch Nick Pope off guard and would give the home side a narrow lead they would try to add upon as the second half wore on. However, the same poor decision making that limited Brighton in the first half would see them miss more chances in the second.

Incredibly but perhaps predictably, the Seagulls were punished in stoppage time when Jeff Hendrick scored from what was an almost spontaneous play from Burnley. The low, hard strike fizzed past Mat Ryan leaving Brighton’s defenders looking absolutely defeated. The Clarets, however, were overjoyed with that strike ensuring they would leave with a point.

Despite concentration and resolve for most of the match, a lapse in concentration cost Brighton and saved Burnley. Although it wasn’t an impressive display from the Clarets the doggedness that is characteristic of the team proved enough in a raucous Amex Stadium that Brighton have yet to win a match in this season.

Amex must become a fortress once more

Just as Turf Moor was once a dreadful place to play for teams (many likely still hold this opinion) the Amex must regain the magic it once did for Brighton. The Seagulls have yet to win a match at home this season, and the fact isn’t necessarily troubling, but it certainly isn’t positive.

The blame can’t be pinned on Potter as this was seen when Hughton was still manager, but what is certain is that whatever the Amex once held, it no longer does. The solution won’t be as simple as a change in mindset or providing fans with cutouts or promotional gear.

Frankly, Potter simply needs more time with the team. The season is still young and the team is doing far better than it was. That said, the fortress can be rebuilt but it will take both time and patience.

To think both Burnley and Brighton neared relegation last season. They certainly look different so far this season, and although the encounter in this match was rather tame since both teams cancelled each other out, it was evident that these two teams are eager to shed the title of “relegation candidates.”

With no European competition this season and a recovered Nick Pope, Burnley have looked very defensively solid both at home and away. The duo of Ashley Branes and Chris Wood is also producing despite their ineffectiveness in this match.

Of course, Burnley’s fortunes may change as the season continues, and by Christmas time much of what is seen now could change, but luckily for the Claret’s Sean Dyche seems to have a firm grasp of the what he’s trying to build at Turf Moor.

Brighton are doing well. They are doing far better than what most probably expected. But they haven’t reached their ceiling yet. Indeed, the Seagulls seem to look too comfortable in matches they’re controlling. Make no mistake, Brighton controlled this match, but the lack of seriousness in the end is what cost them dearly.

To add, poor decision making from the likes of Glenn Murray and Solly March cost Brighton at least a goal. Murray, in particular, seems a few steps behind when compared to rest of Brighton’s attack and although the veteran striker saved the Seagulls last season, he has looked like anything but a savior in this game.

They are minor points to be considered perhaps when one considers how Brighton were playing under Hughton, but the team could be much better if they focused on these issues instead of repeating them only to mourn them in the press conferences.

Burnley are not known for their eye-catching football or for their star players, and they don’t seem to mind it. The team is likely one of the least flamboyant teams in the league and it shows in their play. Despite this, however, they get the job done, and all they needed in this match was a sliver of a chance to make their mark.

Dyche has programmed his “machine” with only football in mind. As they say, the quickest way between two points is a straight line, and Dyche has taken out all the stops and implemented this ideology. That is what is most impressive about the Clarets. It has saved them many times, and this time won’t be the last.

It’s almost trademark at this point, and the inelegance and brutish nature of what Dyche has created works fine as far he and the fans are concerned. If they’re given a chance, as small as it may be, chances are they will make good on it.

Brighton will take on the Magpies, who have looked better in recent matches, in their next outing while Burnley will have to face Norwich who are likely feeling invincible after toppling the champions, Manchester City.