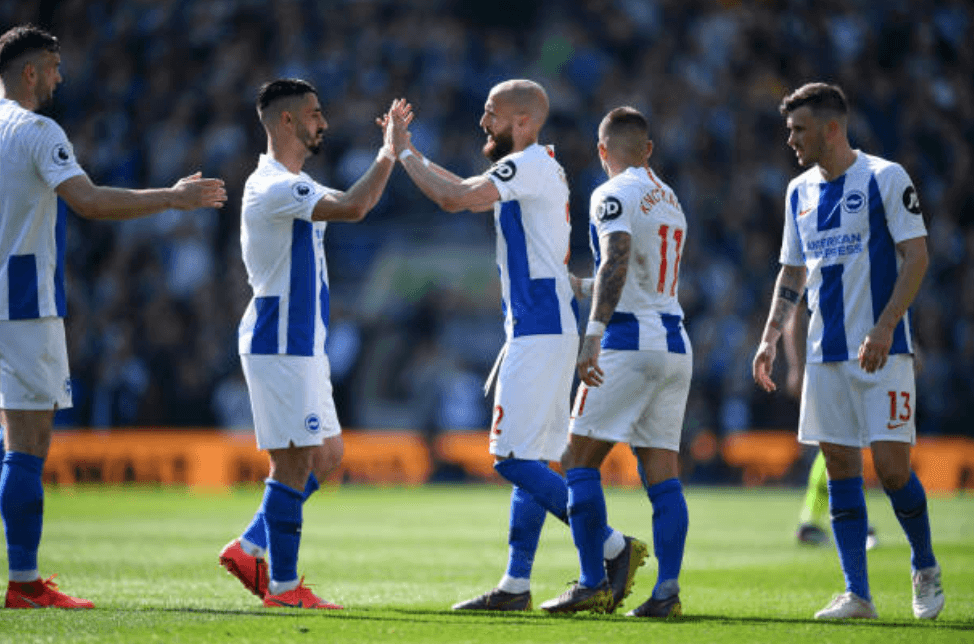 Despite pre-season expectations still being low, the unexpected impressive league form in 2018 may have started to cause fans to want a bit too much. After all, Brighton are by no means established and neither should they expect to rise high up the table considering they have only ever spent four seasons in the top flight (from 1979-1983). With that in mind, their League form was polarised into two distinct halves last season.

The first half kicked off with a memorable win over Manchester United resulting in Brighton beating them twice in a calendar year. Momentum then carried them all the way until they bottled a 2-0 lead against West Ham United on the 2nd of January. While some may argue that form continued into January and beyond due to FA cup results, nobody can deny that when the league form is isolated, it paints an atrocious and messy picture – just two league wins in all of 2019.

To put that in perspective, that means no home wins against Burnley, Southampton, Bournemouth, Cardiff or Newcastle. It also means no away wins from West Ham, Fulham or Wolves. To be frank, I do not think a team with only two league wins in 2019 deserves to be in the Premier League and if anything, shows the worrying lack of quality that is present at the foot of the table.

What was particularly alarming for Brighton fans was, for the most part, the lack of impact their big money signings had. Due to this, we’re giving Brighton and Hove Albion a D- on the overall season score. Simply because of the overshadowing that the turbulent second half of the season had over their league finish.

Brighton’s first season in the Premier League exposed one of the greatest pieces of business by anyone in the league – signing Pascal Groß. However, the following season brought Brighton fans back down to earth, because injuries resulted in him only playing more than 60 minutes nine times. But in his wake emerged Yves Bissouma, the dynamic, skillful and aggressive midfielder illustrated a box-to-box player willing to do both the attacking and defending in a team bereft of creativity. As it was only his first season in the Premier League, he is one to look out for next season.

It seems counter-intuitive to place two defenders on this list, however, as bizarre as it seems, Brighton are quite impressive at defending. The unbreakable partnership between Dunk and Duffy has needed defensive solidarity on either side and new signings Bernardo and Martin Montoya largely provided that. While each player boasts different strengths it is undeniable that they have handled immense pressure expertly in their first seasons respectively.

It is true they have been caught out a fair amount but in a team battling for Premier League survival, there are not many new full back signings that can say they have weathered the storm so successfully. They both have a long way to go to balance the attacking duties while still remaining defensively solid and time will tell if they can improve further.

Other notable mentions include David Button, Dan Burn and Leon Balogun. It is difficult to judge these players too much as they have not had prolonged spells in the starting XI but when called upon they have all impressed and created competition for positions.

Alireza Jahanbaksh is certainly up there with the biggest disappointment of the season (excluding the relegated sides). Having signed for around £17 million, he has contributed to a grand total of zero goals and zero assists. While you may be thinking that he perhaps fared better against teams from the football league in the cup competitions, well you’d be mistaken because in five appearances in both the FA Cup and League Cup he has contributed to (yes you’ve guessed it) zero goals and zero assists.

It feels slightly unfair to include Florin Andone on this list simply because the manner of his goals have been so important. Finishing off a world-class solo run from his own half against bitter rivals Crystal Palace during a barren period of goalscoring in the Premier League is enough to get any fan on your side. However, Brighton cannot rely on 35-year-old Glenn Murray anymore for goals and Andone just has not been the answer. Scoring only five times in 27 appearances is still underperforming and fans will hope he is still acclimatising to life in the Premier League.

Taking into account the hits and misses, Brighton and Hove Albion score a C for Transfer activity.

One of the main criticisms of Chris Hughton’s tenure was the lack of creativity and attacking urgency. The absence of Pascal Groß played a big part in this; however, a manager needs a backup plan which worked for 2018 but not 2019. Having sacked Hughton, Brighton have apparently responded to the critics by deciding to hire an attack-minded manager with no Premier League experience.

To give a potential rating is difficult and mainly depends on how well Potter settles with a club made up of many loyal and longstanding players. It could be as much down to the club stalwarts as it is Potter that determines how well this next season will go. It is well known that half the battle is gaining the trust of the dressing room but there is no doubt Potter has a big challenge to get the most out of the creative players this coming season who were so lacklustre in the second half of last season. However, Potter is fortunate enough to have a very long preseason in order to bond with his players as much as possible.

One thing is for sure though, Brighton need another clinical striker to take the weight off, 35-year-old, Glenn Murray’s shoulders. To add to this, Brighton need to see some creativity from their wingers and local lad Solly March could step up to the plate. However, there are ample other players who could do the same including Anthony Knockeart, Jürgen Locadia (who was originally bought as a striker), Alireza Jahanbaksh and Jose Izquierdo.

It begs the question: do Brighton need many or even any signings? They have so much talent waiting to be utilised effectively and it could be a matter of unlocking this potential rather than investing even more into new faces. For example, take the striker issue: they have Glenn Murray, Florin Andone and Jürgen Locadia all competing for one position. With the latter two players costing around £20 million, Glenn Murray could be slowly phased out with these younger replacements going into the side after a season acclimatising to the Premier League.

With Graham Potter’s signing comes many links to Swansea and, by extension, Championship players. Queue the Oli McBurnie, Harry Wilson and Jayden Bogle rumours. I believe there is a strong chance two of these may happen but the Harry Wilson asking price is over £20 million and would surely be outside of Brighton’s budget.

A potential recruit who has now been confirmed as a Brighton player is that of Portsmouth’s Matt Clarke. Although the Dunk-Duffy partnership is unbreakable, Clarke sees the potential on the South Coast and despite maybe not featuring much next season, maybe he has been bought on board as a long term signing who will eventually break into the starting XI.

I also think Brighton will need to sell some of their players to free up some spending money as they have so many players competing for each position. One who could be on the way out is Dutch international Davy Pröpper who has interested Ajax now that they will be raided of all their players after a successful Champions League campaign.

Continuing down the Dutch path, Brighton have consistently carried out transfer activity in the less well-known leagues in order to get better value for money. Breaking their transfer record for players such as Ryan, Izquierdo, Pröpper and Jahanbaksh all from the Eredivisie and the Belgian Pro League may continue again this summer.

This time around it is Leandro Trossard of Genk who has impressed many this season scoring 22 goals and getting 11 assists for the champions. His signature was confirmed at the end of June and the 24-year-old joins the Seagulls on a four-year deal becoming their second signing of the Potter era.

With Izquierdo injured for the beginning of the season after his second knee operation, this move it is hoped will breathe new life into the wide position. With both obtaining such an impressive goalscoring record and creative spark for Genk, this would fill the void left by Groß last season. However, like all transfers, particularly from less reputable leagues, this could end up on next years “transfer misses” page.

Perhaps a tactical tweak under new management will be enough to bring this team to life rather than going out and spending more money on players who will not deliver. It is no secret that the recruitment team at the Amex have been questioned and perhaps Potter has been signed under the assumption he would be willing to work once more on a tight budget similar to his time at Swansea City. The Brighton chairman has spent tens of millions on updating the youth set up and the training ground, perhaps he wants to see a return on this investment with the introduction of youth players into the starting XI but time will tell on that one.