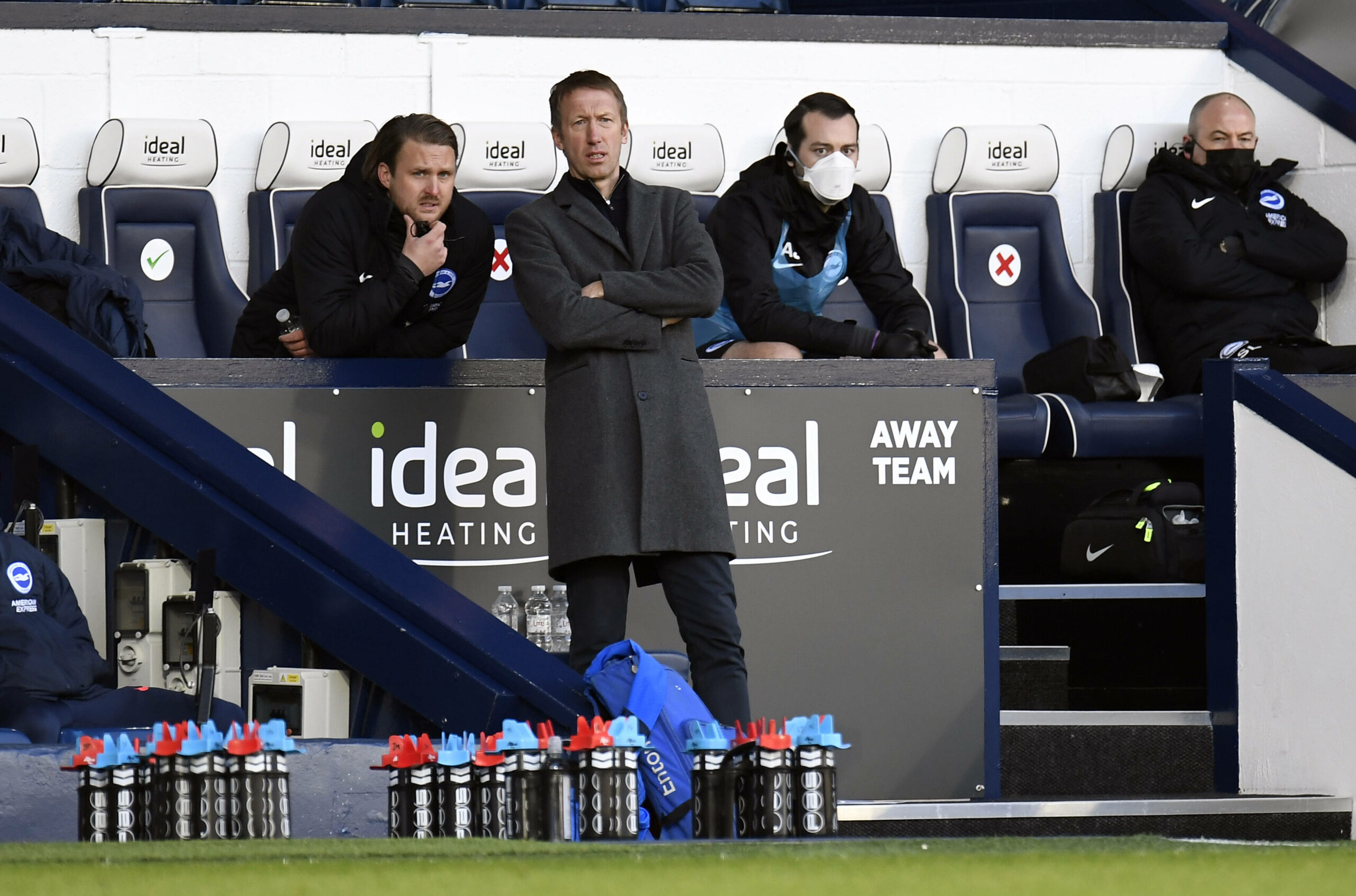 Brighton come off of a week break looking to revive their Premier League survival push after last weekend’s defeat to West Brom left them teetering on the edge, with only three points between them and a determined Fulham. A win would relieve short-term fears and give Graham Potter’s side a chance to ease themselves away from talk of relegation with a good run of form – yet they face no easy challenge in the visit of third-placed Leicester City.

The injury-hit Foxes stabilised their short run of poor form with a midweek draw at Burnley, keeping the gap between them and fourth place at a relatively comfortable three points, and are now looking to maintain their hold on their Champions League place by dispatching The Seagulls. But they face their own challenges with their injury list (which is beginning to shorten) and the fact that they have not had a week’s worth of rest since December.

Rodgers must be careful that he does not let fatigue get the better of his side as they go into a crucial period that will determine their final league place – and whether or not they will finally get their hands on Champions League football.

Seagulls on the edge of a relegation storm

With only three points now separating Brighton (and Newcastle) and Fulham, it seems like we might be in store for something which looked fairly unlikely until the turn of the new year: a relegation battle. The poor performances of the current bottom three sides (Fulham, West Brom and Sheffield United) gave the impression that there would be little to no contest around the drop-zone – but the upturned fortunes of Scott Parker’s Fulham, and to a lesser extent the introduction of Sam Allardyce to West Brom, has turned that on its head and a relegation scrap now seems likely.

The candidates include, of course, Graham Potter’s Brighton side, whose topsy-turvy form has them beating Liverpool one week and losing to Crystal Palace or West Brom the very next game. This has been a staple of Brighton ever since Graham Potter took over, as they are more than capable of playing some fantastic possession-based football – but often spurn their chances and come out of games without the result or points they feel they deserve. This has left them, for two years in a row, in and around the relegation zone and whilst they secured safety last year, Potter will want to try and avoid the battle altogether this time around.

Luckily for him, Fulham, the most dangerous contenders of the current three sides in the bottom three, have a run of difficult fixtures on the horizon – which gives Brighton the chance to push on. The upcoming fixture against Leicester is, strangely, one of their best chances as Brighton produce their best football against strong sides. If they can build a solid base of points in this game and the next against Southampton they will go into the six-pointer Newcastle game with the belief that they can put their relegation fears behind them.

Can The Foxes keep their hold on third place?

While some might look at the Foxes’ draw against Burnley as the kind of game they should be winning, Brendan Rodgers will view it in a much more favourable light. Injury strewn and down on confidence, Leicester fought back from conceding an early goal, fighting against a strong Burnley team, and got their equaliser in the form of a superb Kelechi Iheanacho volley. After a run of two disappointing defeats, a point from a potentially disastrous fixture.

But with the point secured, Leicester are in desperate need of points if they want to retain their strong control of third place. While their away form has been strong point of their season, their congested schedule has left the Foxes pretty exhausted and this showed to some degree on Wednesday and is likely to play a big factor on Saturday night.

This game at Brighton may amount to one of their biggest tests this season, as they play a tactically competent side who have had a whole week of rest and will be ready for what Leicester throw at them. Another draw or even a loss would keep them where they are, but with three points likely to be a crucial amount come the end of the season, the Foxes need to get their hands on whatever they can or risk falling short again.

With the prospect of an entire week off just around the corner, will Rodgers’ side have the fight to win away at Brighton – or will they struggle at the Amex and put themselves at risk of the European competition they have been striving two whole seasons for?

Tariq Lamptey’s expected return this Saturday has been delayed by a setback, so the young right-back will not be featuring. Aaron Connolly is a possible returnee for Potter after his spell out, but a decision is set to be made on his availability on Friday. Brighton also have Adam Webster and Solly March out with long-term injuries.

Leicester welcomed the return of Wesley Fofana to the side, as he came on as a substitute against Burnley, but Brendan Rodgers announced that there would be no other players returning to the weekend. This leaves the Foxes without Jonny Evans, Ayoze Perez, James Maddison, Harvey Barnes, Dennis Praet, Wes Morgan and James Justin.

If Leicester were fully fit I would have them as winning comfortably, but with so many injuries and with so much fatigue it is difficult to see them having the spirit to win. Even so, I do not think they will lose as Brighton do not offer a decisive attacking threat – I see it ending one goal apiece at the Amex.