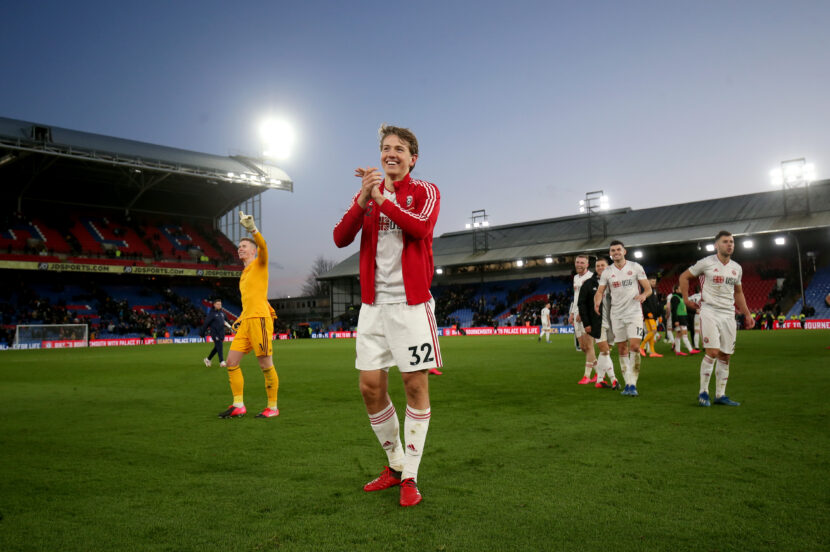 Sheffield United host Brighton and Hove Albion on Saturday afternoon and the Blades could, at least temporarily, breach the top four for the first time this season. Leandro Trossard has warned his teammates of the threat January Blades arrival Sander Berge carries, having formerly lined up alongside him at Genk. Since swapping Belgium for England, Berge has made two Premier League appearances, and he is steadily adapting to the division.

As per WhoScored, since arriving in January, no Sheffield United player has averaged more tackles than Berge’s three per game in two Premier League appearances; furthermore, he has completed 1.5 interceptions every 90 minutes, the third most of any Blades player. The 22-year-old Norwegian’s ability to recover the ball was something the Blades had been missing, having averaged the third least possession in the Premier League this season, 44.3 percent.

Berge, rated £19.8m (Transfermarkt), impressed in this season’s Champions League group stage before making his move, in a challenging group that contained Liverpool, Napoli and RB Salzburg. As per WhoScored, the 22-year-old was particularly effective at holding onto the ball, averaging 44.8 passes per game with an accuracy of 84.4 percent.

Sheffield United manager Chris Wilder may be hoping that Berge can replicate those figures for the Blades against Brighton. As per WhoScored, the visitors have averaged 54.5 percent possession in the Premier League this season, only Leicester City, 54.9, Chelsea, 57.3, Liverpool, 58.2, and Manchester City, 61.5 have controlled the ball more effectively.

Having played alongside one another, Trossard will know what Berge is capable of and has warned he could do particularly well in not just this game, but the Premier League as well.