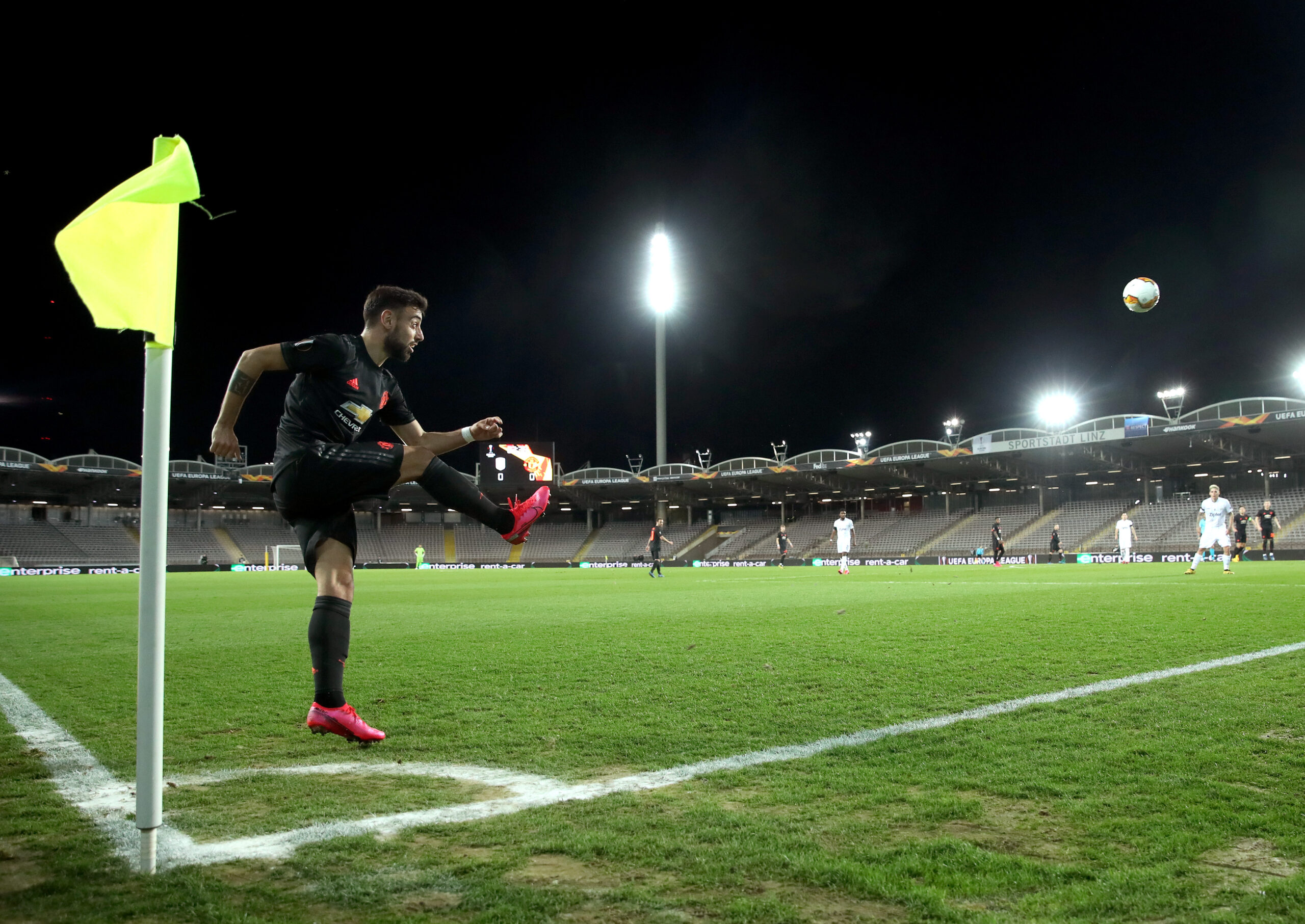 Ever since arriving at Manchester United from Sporting Lisbon, Bruno Fernandes has been going about his business in a quite remarkable manner.

Undeterred by the hefty price tag that the 13-time Premier League champions shelled out to his former employers, the £67.7m man has begun to develop a sense of belonging and authority that recent marquee signings at the club have been unable to both build and assert in equal measure.

It comes as little surprise that since his introduction against Wolves in the Premier League, United are unbeaten in five top-flight fixtures, and Fernandes has been central this recent resurgence that manager Ole Gunnar Solsjkaer has been building, having scored twice whilst assisting three goals in just five league appearances.

A fierce strike from distance against Everton to give United control against Carlo Ancelotti’s side went some way to showing his goalscoring prowess, yet it was against rivals Manchester City where the midfielder’s vision and intricate abilities were on full show, floating a free-kick through to Anthony Martial who made no mistake to give Solsjaker’s side a crucial lead against Pep Guardiola’s men.

Whilst midfield signings have been a common occurrence in the last few years at the club, most notably in the form of Paul Pogba, Nemanja Matic and Fred, none have been able to consistently deliver at the heart of United’s team. Pogba, the club’s record signing from Juventus, has shown glimpses of the greatness that attracted United’s hierarchy to re-signing him, but the ongoing off-field circus including the player’s agent, Mino Raiola, has led to an outright lack of reliability towards the Frenchman; an absence of dependability.

Yet it is that sense of dependability that Fernandes has been entrusted with under Solsjkaer, and the Portuguese is proving that he is capable of being entrusted with the role of a midfielder commander in United’s starting XI.

The club’s 11-game unbeaten run across all competitions is reminiscent of the 2019/20 campaign after the Norwegian boss arrived at the club following Jose Mourinho’s unsavoury departure, yet with Fernandes at the helm in United’s midfield, fans of the club would be forgiven for believing they have a player in their ranks who has the ability and desire to drive forward the club and re-assert a sense of dominance within the upper echelons of the Premier League.

His start to life in England has been impressive, but if Fernandes is able to continue his development and,  most importantly, drive forward this United side, then Ed Woodward and the club’s hierarchy will undoubtedly be delighted that their marquee January signing is exhibiting signs that he could truly be the real deal within the realms of Old Trafford.