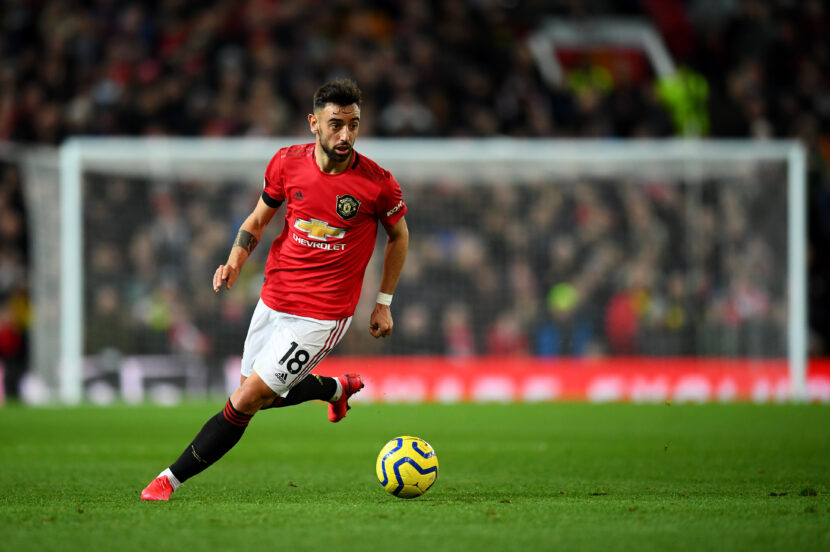 Last week, Manchester United announced they had officially signed Portuguese midfielder Bruno Fernandes from Sporting Lisbon for €55m (and €25m in potential future add-ons). A player who was linked with his new club last summer, United fans will be relieved that the club’s leadership was able to secure a much-needed signing; but perhaps are still left to be desired under the belief that the club needs more reinforcements at defensive midfield and central attack.

Nevertheless, the addition of Fernandes is a boon to United’s creativity in midfield: he’s an energetic, ambitious midfielder with eyes set on going for goal and making the key pass toward creating a chance.

In his two-and-a-half seasons at Sporting, Fernandes scored 39 goals and provided 30 assists, which, for a midfielder, are astounding numbers. This provides two things United desperately need in a creative midfielder the first of which is a goalscoring threat. Manchester United midfielders have provided just four league goals (three from Scott McTominay, one from Andreas Pereira) – a disappointing figure that is also joined by the fact that Jesse Lingard and Juan Mata have not provided any league goals. Count in Paul Pogba’s extended absences, and you see a picture where United are left hungry for goals from midfield. This has laid the goalscoring burden onto forwards Marcus Rashford, Anthony Martial, Mason Greenwood, and Daniel James.

Contributions from midfield have been a missing component of United’s squad, as other top teams have had attacking-minded midfielders like Kevin De Bruyne, James Maddison, Mason Mount, and Dele Alli providing goals. Per WhoScored, Fernandes is a player who should be expected to shoot with high volume, as he shot 3.5 times per 90 minutes in Liga NOS through 17 appearances this season, tied with Marcus Rashford for the highest shooting rate in United’s squad. It’s difficult to project how this will translate into the Premier League, but given Fernandes led Sporting in shots volume adds the expectation he will be among the most frequent shooters in Solskjaer’s side.

In addition to his shot volume, Fernandes provides his teammates with a high volume of chances through his passing ability. His Sporting teammates this season have been provided with 3.7 key passes per 90 minutes, also a team-high figure. Fernandes has produced good numbers in the two previous seasons as well (3.2 in 2018-19, 2.3 in 2017-18). These most recent numbers are significantly higher than what his United teammates Andreas Pereira (2.0 key passes per 90), Jesse Lingard (1.9), and even Paul Pogba have produced (2.8).

One of United’s issues this season has been teams that defend in a low block and create compact lines that limit the amount of space for players to create opportunities. We’ve seen this against teams like Bournemouth, Burnley, Crystal Palace, and Southampton. Fernandes will be able to use his talents as a gifted passer to unlock the defense and give more opportunities to his teammates in front. Although his pass accuracy (77%) could be better, it suggests he’s a creator that likes to take risks.

An overlooked aspect of Fernandes’ game is his engine and his ability to contribute defensively. At Sporting, he sometimes operated as a box-to-box midfielder when he wasn’t placed as a number 10 in a 4-2-3-1 system. In the three league seasons he played at Sporting, Fernandes made at least two tackles per 90 minutes. This season, he has made 2.3 tackles per 90 minutes, higher than all United midfielders other than Scott McTominay (2.4).

United’s new signing should fit neatly in Solskjaer’s 4-2-3-1 formation as the #10 behind Anthony Martial. Once Marcus Rashford is healthy, the link-up between him, Martial, Fernandes, and Greenwood/James could be one Premier League defenses come to fear.

The trio of Martial, Rashford, and Greenwood have scored the same number of goals as Roberto Firmino, Sadio Mane, and Mohamed Salah in all competitions (41), and the former set of players are all younger by a decent margin with a lower quality midfield behind them. Including Fernandes in the squad to add to the front three’s trajectory will make United fans giddy.

Fernandes can also operate in a 4-3-3 as a right-sided central midfielder where he is more of a free-roaming player. We haven’t seen much of the 4-3-3 under Solskjaer this season, but it shouldn’t be ruled out for next season. If the Norwegian decides to make that switch, Fernandes will be ready. One formation we have seen against Liverpool and Manchester City is the 3-4-1-2, with Jesse Lingard being the most recent player to operate in the #10 role behind the two strikers against Pep Guardiola’s side in the League Cup semi-finals.

The Fernandes signing will not solely lift United into the top four. No doubt the signing is a significant one as outlined above, but the club needs to feel other positional demands and many fans will view the lack of multiple signings as a failure.

This summer will see more demand to bring in reinforcements and will be an ultimate test of the club’s leadership ability to recruit talent given the recent tumultuous years of the post-Ferguson era as well as a test of the fans’ patience. Given the recent incidents involving anti-Glazer and anti-Woodward chants, as well as the embarrassing incident where fans attacked Ed Woodward’s home, there’s little evidence the club will have much patience to spare.

Sitting with the lowest number of points amassed through 24 league games in the post-Ferguson era, a thin squad, and an injury crisis that has rankled the likes of Marcus Rashford, Scott McTominay, and Paul Pogba at a critical stage of Ole Gunnar Solskjaer’s first full campaign, Manchester United are in an urgent crisis. Their ability to recruit top talent depends on Champions League qualification, and with the current state of the squad, a higher level of mobilization from the leadership is necessary in order to meet such a goal.

Overall, Bruno Fernandes is a major upgrade to what has been at United’s disposal in attacking midfield and a hopeful antidote to the frustrations that have been rooted in that area of the pitch. He is a tireless player who will contribute defensively when he isn’t trying to feed through balls and based on his actions and quotes from his time at Sporting, a player who Solskjaer desires: one who is hungry to win titles not for their own individual accolades but for the club whose badge he bears.