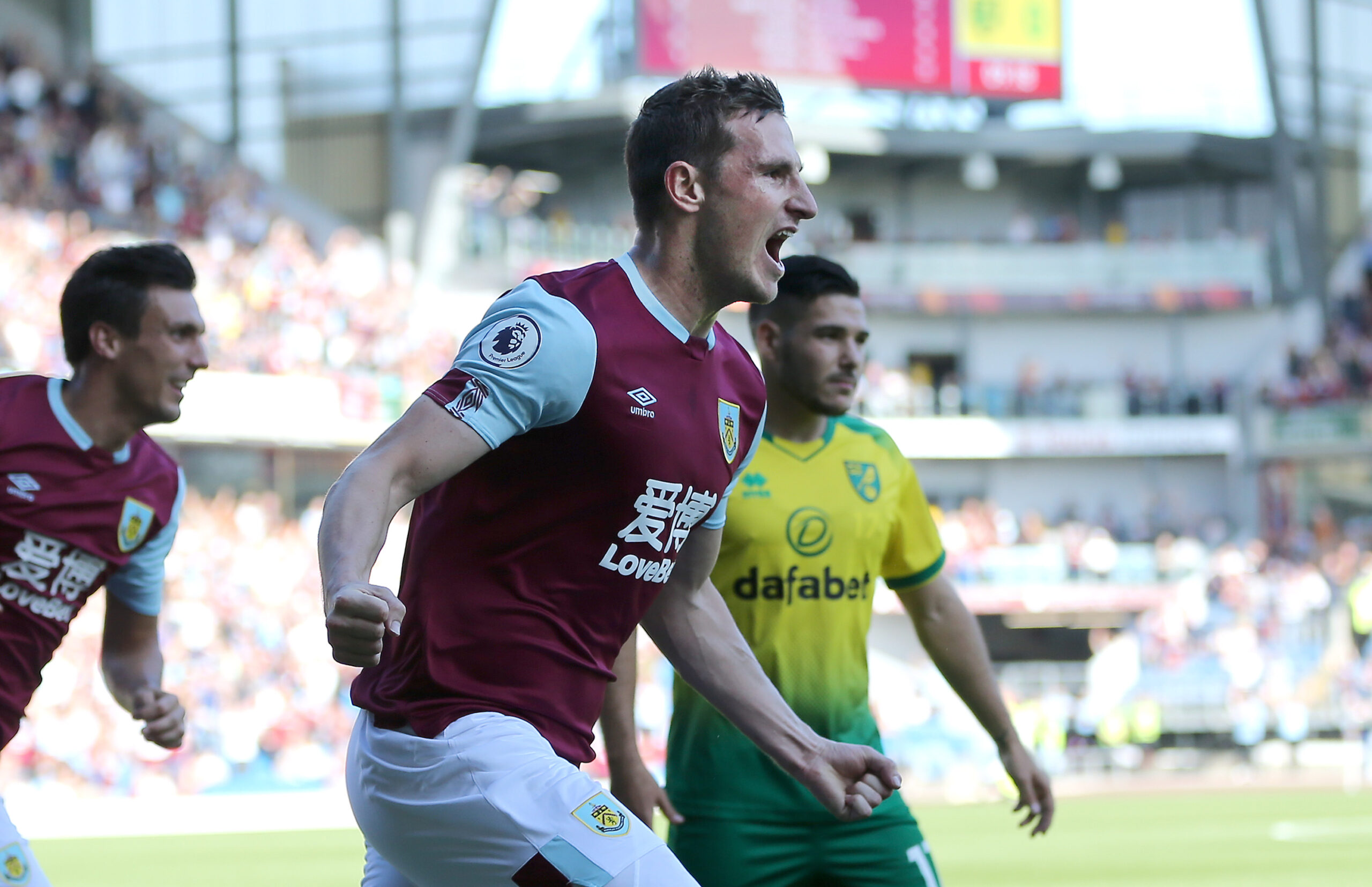 Two goals in the first fourteen minutes saw Burnley record their second win of the season, with Norwich again beaten on the road.

A team on top form the week previous, who provided the likely shock of the season, the Canaries again struggled on their travels. Eight goals conceded and only one scored, a conservative tactical approach should be considered away from home this season.

Burnley controlled the game throughout, though almost fell behind early on after a mistake from James Tarkowski, gifting a chance to inform Teemu Pukki. The Finnish striker was unable to capitalise on the mistake, one which Burnley would not gift again.

Chris Wood opened the scoring shortly after, with a near-post header from a sublime corner from Ashley Westwood. The Kiwi made it two moments later, after some tenacious work from young Englishman Dwight McNeil.

A high Burnley press made life difficult for Norwich throughout the game, with Jeff Hendrick close to making it three after just twenty minutes. A sleepy Norwich defence allowed Ashley Barnes enough space to hand the Irishman his second goal of the season yet he failed to judge the bounce and squandered the opportunity.

Not much changed in the second half, with Norwich forced to settle for long range Leitner efforts. They struggled to break down an organised Burnley defence who’ve played every minute of every game this season.

Down the other end of the pitch, Barnes and Wood showed chemistry throughout the 90 minutes, both coming close to extending the scoreline. Wood almost wrapped up his first Burnley hat-trick after some twisting and turning from young McNeil in the penalty area, but he had to settle for a brace after a timid effort was saved by the Norwich keeper.

Again Burnley’s consistency on the pitch proved pivotal; Sean Dyche has used only sixteen players this season, both starting and from the bench. An injury free season could see another Europa League push from the Clarets.

This had all the makings to be one of the signings of the season. For only £5 million the local lad Jay Rodriguez returned home. Twenty-two goals in the Championship last season, he looked like the man who was going to add those much needed goals into the Burnley team.

However, his arrival has seen a somewhat unexpected impact. Only starting one game this season, his presence in the team has seemingly sparked some tremendous form from both Ashley Barnes and Chris Wood. Competition is vital for any team and it seems to have made a difference this season as the double act threatened throughout and have been a handful all season.

The two strikers who managed twenty-two goals between them last season, the same tally as Jay Rodriguez, have scored six in six this campaign. To put this into some context, it took until January for these two to notch that combined total last season. I wouldn’t expect to see the name Rodriguez in the starting XI anytime soon.

A learning curve for Norwich

Last weekend Norwich shocked the country with their win over Premier League champions. Their pressing attacking style exploited a shaky City defence and they were rewarded in kind. However, everything good about the Canaries last week became their undoing this time around.

An almost identical performance from the hosts as they pressed throughout the game, forcing mistake after mistake from an inexperienced Norwich defence. It’s games like these where a mentally shift is in order. Burnley are not Man City, they take very few risks, with the option to go long when possible, which overall negated the Norwich threat. They did however almost capitalise on an early Burnley mistake but found themselves frustrated for the remainder of the match. Norwich have stuck to their guns this season, but sometimes a conservative approach is needed, especially as they’ve struggled away from home so far.

Come the end of the season, you don’t look at your away games to tally up the majority of your points, you only have to look at Tottenham at present or Arsenal in recent seasons, to see the difficulty in winning away. The key for any away team is to make themselves difficult to beat, with organisation the key component to any success, something Norwich need to add to their game.

Premier League player of the month Teemu Pukki has excelled to life in the Premier League. Scoring more goals than Burnley themselves prior to the match, he looks to be the key to a Norwich survival this season.

However, I have my doubts from the Finnish striker. Numerous times last season I found myself asking, are his stats deceiving me? Four shots at Turf Moor, in my eyes I see a very wasteful striker, though I doubt many would agree.

His instinctive finishing is up there with the best I’ve seen this season, but where I find myself questioning his ability is in those moments when he’s given time to think and I refer you to his first effort of the match. After taking advantage of a James Tarkowski error, the inform striker had more than enough time to steady himself and score his seventh of the season. But in truth, it was a relatively easy save from Nick Pope. It’s something I saw time and time again last season and if Norwich hit a slump and his chances start to dry up, I wouldn’t expect a challenge for the golden boot this season.

Football is a funny game. We praise those who are on the cusp of the England starting XI, but then criticise those once they become regulars. England’s current number one, Jordan Pickford, has come under much scrutiny in the last year or so and it begs the question, is there a better choice?

Nick Pope burst onto the scene in the 2017/18 season after a Tom Heaton injury and impressing many, it resulted in a place within England’s last World Cup squad.

Unfortunately, he faced his own injury problems last season and lost his place to Tom Heaton – stunting any potential push on the international stage. However with Tom Heaton now moved on, Nick Pope has cemented his place and I question how long before he does the same for England. He may be two years older than Jordan Pickford, with far less experience at the top level, but I envisage a tough choice for Gareth Southgate this summer.

Burnley now find themselves level on points with Tottenham, Manchester United and Chelsea; three sides whose own ambitions would be considered a fairytale for most Burnley fans. Eight points from six games may not look eye-catching, but in a season where many of the big boys are struggling, another place in Europe could be on the cards.

Only losing to Arsenal and Liverpool this season, the Clarets have impressed thus far. Leicester are hot favourites for 7th place this season, potentially looking to breach the leagues top six but Burnley may just go under the radar.

I would argue I have not seen Burnley outplayed this season so far, giving Arsenal an early season scare and performing admirably against the league leaders. Everything I’ve seen from Burnley this season is reminiscent of their last seventh-place finish and with Ashley Barnes and Chris Wood adding some much-needed goals, the Clarets are an outside punt for European football again.

Both Burnley and Norwich find themselves on the road this weekend and both are looking for a first away win of the season. Norwich travel to Crystal Palace, with Burnley off to newly-promoted Aston Villa.