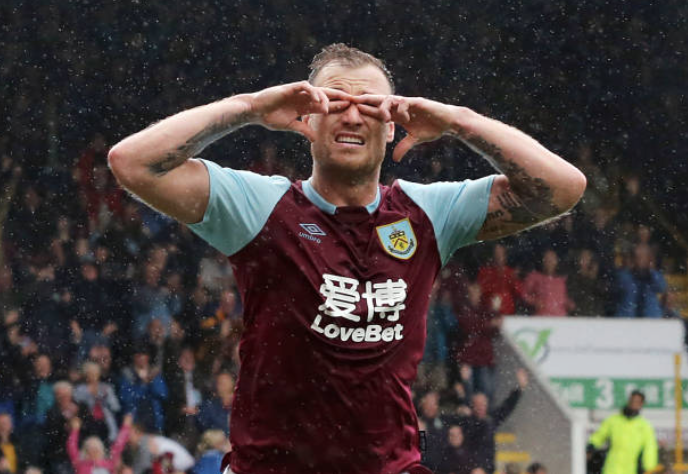 The 2019/20 season started in a similar fashion for Burnley and Southampton, who faced off for the second consecutive year. However, unlike the year previous, we were treated to a watch worthy game for Match of the Day, compared to a goalless draw.

Southampton started the brighter and should have seen new signing Che Adams open his account after a narrow miss in the opening minutes, a miss Southampton would later rue. Redmond also came close in the first half but in truth, Nick Pope was left with little to do throughout.

VAR played its part after a Jack Stephens slip allowed Ashley Barnes to calmly feed Chris Wood for the opening goal. Yet, this was correctly ruled offside, which the linesman quickly flagged.

On the back of a Europa League run, Burnley endured their worst start to a Premier League season last time out. However, three goals in 12 second-half minutes ensured this would not be repeated, with Burnley taking all three points at Turf Moor. Ashley Barnes was the benefactor on two occasions from an impressive Erik Pieters debut, with Gudmundsson calmly wrapping up all three points with a beautifully curled effort into the far left corner.

Over the years Burnley have epitomised the definition of consistency. Rarely tinkering with tactics, selection or style of play, this weekend we saw no difference. Chemistry and cohesion are vital traits of any team in football and though teams need freshening up from time to time you cannot put a price on the chemistry Burnley have built. It’s safe to say a full Burnley team of Fifa ultimate team, would likely glow in the dark.

These lack of changes to the starting XI from the previous season helped the Clarets brush their opponents aside, with an organised style the fans have become used to seeing. We did however see one new starter after the departure of Stephen Ward; Erik Pieters effectively filled the Irishman’s void, providing assists for the first two goals.

Not normally a stand out fixture on the football calendar for any club, but a trip to Turf Moor is one rarely thought of with any excitement. However, after a record 10 home league defeats last season, you could forgive Southampton fans who arrived with an air of optimism.

But Saturday’s victory helped remind everyone of the traditional organised performance we’ve come to know from the Clarets. Mee and Tarkowski’s, the cornerstone of Burnley’s seventh-place finish two seasons ago, made life difficult for the Southampton front three, who left disappointed after a few early chances. It may be a little early to once again dub Turf Moor a stronghold, but it was the perfect start to this seasons campaign.

Ashley Barnes’ hard-working tenacity doesn’t always get the credit he deserves with his ability in front of goal rarely spoken about in terms of the league’s elite. But after a record-high 12 Premier League goals the previous term, he started the season with a clinical double, which helped Burnley take all three points in front of their home fans.

Barnes has improved season upon season in the Premier League and will need to be on top form again to fend off the return of local lad Jay Rodriguez. The coarse voiced Dyche has a surprising selection problem in his forward line and it will be interesting to see who’ll rack up the most minutes this season, no doubt Barnes will lead the line at the Emirates next week.

Double figures a problem for Southampton

Since the departure of Graziano Pelle and Sadio Mane in 2016, a Southampton player is yet to reach double figures in a single season. With the addition of Che Adams this summer, a player who arrives on the back of 22 Championship goals, fans can be hopeful for this record to end. However, the young Englishman was left with his head in his hands after a narrow miss in the early stages of the game, one he should have really taken.

Redmond saw a shot tipped over the crossbar before the interval, but in truth, the front three of Ings, Adams and Redmond showed little in terms of threating Nick Pope’s eventual clean sheet. Life gets no easier for the Saints as they host Liverpool and Manchester United in the coming weeks – they will need their front line to start firing to stand any chance of taking points from these two free-scoring teams.

In Che Adams, I believe there to be a real player who has the potential to break this three-season draught but unfortunately, I believe he will suffer without the right partner in crime. Last season he was helped with the physical presence of Lukas Jutkiewicz, who was the perfect foil for the speedy centre forward, with 36 league goals between them. Southampton lack this physical presence up top, one that could have made life difficult for the Burnley defense and freed up some time and space for a debut Adams goal.

A tough start for the Saints

As mentioned, it gets no easier for Southampton in the coming weeks as they prepare to host both Manchester United and Liverpool this month, with a trip to a revitalised Brighton in between. Maybe not the bookies’ favorites to see the drop this year, I envisage a tough campaign ahead for the South Coast side.

Southampton won one of their first 15 last season, before the introduction of Ralph Hasenhuttl and with little changes since his arrival to the club, a bad start could prove detrimental, squashing the morale the Austrian has built and potentially see the team fall back into bad habits. A potential bet for any betting readers out there.

Burnley visit Arsenal next, with last season’s final game defeat still fresh in the mind of both fans and players. Could this impressive win be the confidence boost they need? Southampton host Champions League winners and title-challenging Liverpool, who shipped three goals on both occasions they met last season.