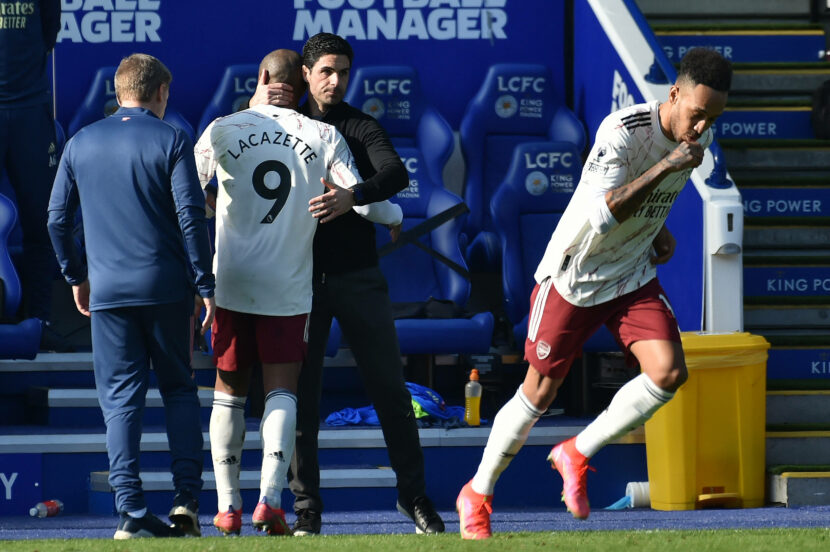 Last time these two teams met, Burnley left the Emirates 1-0 victors, which, at the time, could may have been a relegation six-pointer. Arsenal ended the day 15th in the league and five points above the relegation zone. They were in disarray. But fast forward a few months and all relegation fears have withered. The Gunners, still by no means the finished article, have looked like the Arsenal of old at times, with the 3-1 victory away to Leicester last weekend a testament to this.

Though conceding in the opening six minutes after some circus-like defending, they dominated the game, even without the club’s star man, Bukayo Saka. Burnley, on the other hand, were passengers in last weekend’s visit to Tottenham, with Gareth Bale out for blood. However, they redeemed themselves midweek with their own impressive performance against Leicester. Though they only walked away with a point, it was a well-fought draw which will give them the confidence of a similar result this weekend.

Burnley will be looking for a repeat performance of the December fixture, which saw them soak up The Gunners’ pressure and make use of their strengths at set-piece situations. Though they were helped by a Granit Xhaka red card and Pierre-Emerick Aubameyang own goal. At the time, the Gabonese striker and Arsenal as a collective were struggling to hit the back of the net, but they enter this fixture scoring seven goals in their last three games.

It’s a game that can be best described as attack vs defence, but Arsenal won’t be gifted the same advantage as Tottenham last weekend. Burnley were exposed by the Lilywhite’s big pitch, which stretched their defence, leaving space in the channels and in behind for Tottenham to exploit. Arsenal won’t be gifted these luxuries on the compact pitch of Turf Moor and will be looking at their creative sparks of Martin Odegaard, Emile Smith Rowe and Bukayo Saka to carve open the Burnley defence.

Sean Dyche has suffered from a conveyer belt of injuries this season. As one returns, another finds himself on the doctor’s table. Jack Cork, Robbie Brady and Johann Gudmundsson are all doubts for the visit of Arsenal, with Ashley Barnes the only definitive absentee.

The Burnley boss lives off consistency and with the constant injury concerns this season, it’s been difficult to find the stability which has made Burnley difficult to beat over the years. Dale Stephens will be the obvious replacement for the doubtful Jack Cork in the centre of midfield, but I don’t predict any other Burnley changes. Matej Vydra will more than likely keep his place in attack after scoring his first goal of the season in midweek.

Fantasy football fans are left in the dark each and every weekend when Pep Guardiola picks his starting XI for Manchester City and it’s something Mikel Arteta has adopted at Arsenal. Arteta, like his previous mentor, loves to rotate his team, which saw Aubameyang and Saka both dropped for the trip to Leicester. He made five changes last weekend and you could easily expect another five for this time around, especially with the Europa League next week. The competition is Arsenal’s only hope for Champions League football next season, which could see the club’s more influential players rested. One, in particular, will be Smith Rowe, who was taken off before the break last weekend with an injury concern. Other than this, Arteta enters the fixture with a fully fit squad and looking for revenge.

This won’t be an easy game for the Gunners, who will have one eye on the Europa League the following week, but I can’t see Burnley keeping a clean sheet. Arsenal will control possession from the get-go and will be a case of when they will score, not if. Burnley are always a danger at set-pieces and with Wood back in the side they have an outlet up top who can bring other players into the game. But chances will be limited for the hosts, who’ve scored the second-fewest in the league this season. Burnley will need the luck they were gifted last December to take anything from this fixture, but as they say, lightning doesn’t strike in the same place twice.