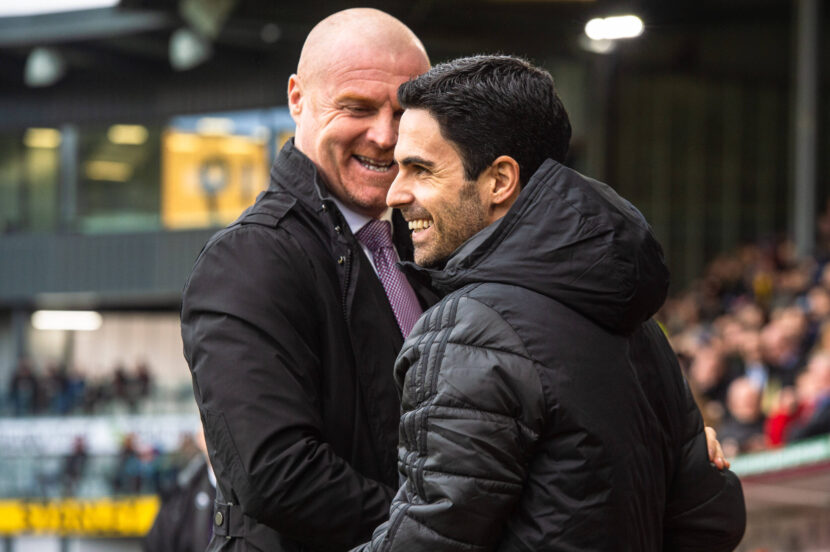 Burnley welcome the Gunners to Turf Moor on Saturday, in a bottom-of-the-table clash.

Sean Dyche was left wanting for more as his team succumbed to a 3-1 defeat against Everton on Monday night. Dyche’s team, who were mostly known for their solidity at the back and aggressive tackling, have been a shadow of their former selves. Even though the personnel are the same, they have been struggling to stamp their authority on most of their opponents. Currently 19th on the table, with one point on the board, the Clarets need to find some sort of inspiration quickly.

Mikel Arteta would’ve finally breathed a sigh of relief after his side came out on top last weekend with a 1-0 victory over Norwich. Aubameyang’s winner was enough for the Gunners to seal the victory against the Canaries but Arteta will be mindful of his side’s missed chances. The North London club are currently placed 17th on the table, courtesy of one win and three losses. While this is far from ideal, Arteta will be hoping his team can kick on from their positive result last time out.

Both teams will be looking to get something out of the game, given their poor starts to the season. Arteta already finds him in a position where he can’t afford to drop any points against mid-table and lower-placed clubs. On the other hand, Dyche will be hoping to give the Gunners a real run for their money. They’ll be looking to get some points at home so as to rebrand Turf Moor as their fortress.

This match will come too soon for Dale Stephens, Kevin Long and Connor Roberts while new signings Nathan Collins and Maxwel Cornet will be pushing for a start.

Dyche, who is known for sticking to the same team, might be tempted to give Jack Cork a start in midfield to change things up a little.

Elneny and Rob Holding will miss out due to injury, while Xhaka serves the second of his three-game suspension. Smith Rowe and Partey were both introduced from the bench in the last game and will be pushing for a start.

Arteta will have to make a decision with regard to his goalkeeper. There seems to be no reason why he’d drop Aaron Ramsdale for Leno after the youngster kept a cleans sheet against Norwich.

This could turn out to be a tight affair but I feel Arteta and his men will be confident going into this match and should come out with all three points.