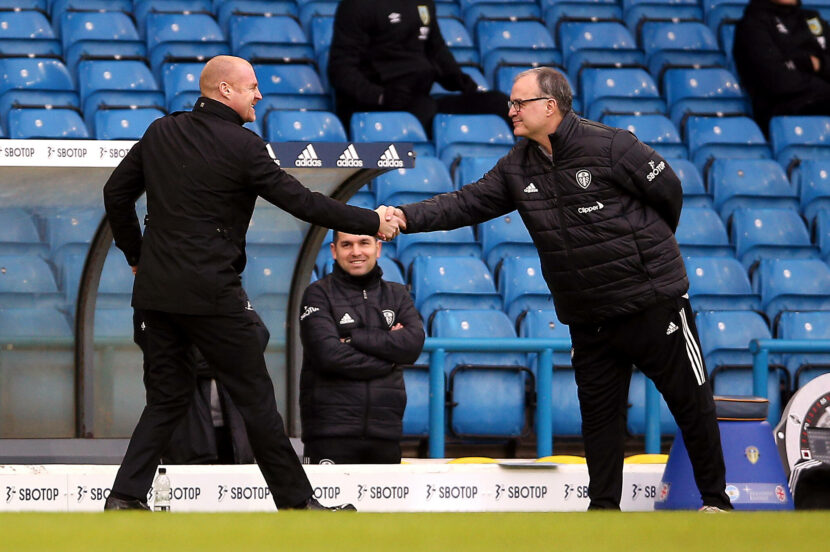 Leeds travel to Turf Moor this weekend on the back of a tremendous victory over Tottenham. A 3-1 win ended a three-game winless run and moved them up to 10th in the league. As for Burnley, they enter the fixture on the back of a comfortable win, beating Fulham 2-0 on Monday night.

The last time these two met, Leeds won the game 1-0 from an early Bamford penalty. It was a close-fought match, with neither side deserving to be on the losing end. It’s a game which, on paper, means very little for either side. Burnley secured safety on Monday night, with Leeds currently situated in 10th place. However, Leeds could still dream of European football next year: with nine points left to play for the Yorkshire club, they are only six points behind Tottenham in 7th, who now look low in confidence. They may only have an outside chance, but Bielsa will not be looking to settle for just a top-half finish.

But even with nothing to play for, Burnley will be a tough team to face. Ex-Leeds striker Chris Wood is in some scintillating form at present, scoring eight goals in his last eight games and looks to be a striker many top clubs may take a look at this summer. This game could be a great starter before the FA Cup final later in the afternoon.

Sean Dyche has confirmed Kevin Long and Robbie Brady will miss the remainder of the season after they both picked up injuries during the last international break. Phil Bardsley will also miss the rest of the season as he is due to undergo hernia surgery. Nick Pope may also be a doubt for the visit of Leeds due to shoulder and knee problems. With the Euros round the corner, Dyche may rest the keeper for the last 3 games.

Dyche has stuck with the same starting XI for the previous 3 fixtures but, with Premier League safety assured for another season, Mr. Consistent may look to rotate. Give the younger players some minutes and rest those who’ve played the majority of the season.

There are no new injury concerns for Marcelo Bielsa this weekend, with Costa and Forshaw still unavailable for selection. Raphinha and Phillips both returned from injury last weekend, and both will be available for selection for the trip to Burnley. Bielsa, however, may look to keep some consistency in his starting XI, as their replacements were fantastic against Tottenham: Koch filled the void of Phillips quite brilliantly, while Harrison put in a man-of-the-match performance.

Leeds’ recent win over Tottenham highlighted all the good about the club this season – a side that is not afraid to attack, even against the most potent of teams. They pressed from the front, never giving the Tottenham players a minute of peace, and were a constant threat down either flank. But this is not something that will faze Burnley. The Clarets will happily let the Leeds players run themselves into the ground and force them into wider areas of the pitch. Leeds profited from Tottenham, who were unable to slow the game down, turning over the ball too cheaply. Chris Wood’s physical presence will allow the home side to slow the game down into a tempo they want to play and bring others into play. I’m predicting a close-fought draw.