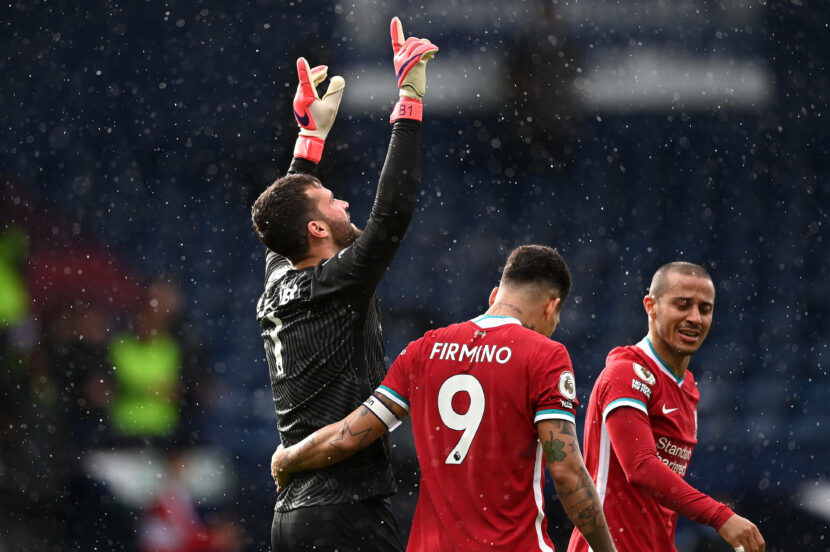 The top-four-finale continues as Jurgen Klopp’s men continue to strive for Champions League football with Sean Dyche and his Clarets in their way.

Last time out Burnley were thumped 4-0 by Leeds United. Despite having plenty of the ball and creating enough chances, Dyche’s men were unable to convert any of them and were left embarrassed by Bielsa’s ruthlessness.

Liverpool made the headlines in their last game, narrowly beating West Brom 2-1. The Baggies took the lead through Hal Robson Kanu, who finished off an excellent move. Only minutes later, Mo Salah took things into his own hands and got the Reds level with a fantastic first-time effort. It then took Liverpool until the 94th minute to score the winner, which came from an unlucky hero. Alisson Becker was the goal scorer, heading in from a corner and planting a perfect header into the far corner.

Burnley are safe and despite some mid-season nerves, they will be playing Premier League football next season. Only Newcastle and Brighton were between the Clarets from the bottom three before this midweek set of fixtures with just one point separating them all, showing exactly how close they are to relegation.

After Liverpool’s last-minute momentous win against West Brom, their top-four chances are in their hands. A win today against the Clarets, followed by beating Crystal Palace, will confirm their place in the Champions League. There are some scenarios where Liverpool can afford to draw a game if certain teams lose, but the bottom line is, it’s in Liverpool’s hands.

Another race that is going down to the final day, is the race for the golden boot. It’s Mo Salah vs Harry Kane. The pair are on 22 goals each, with two games left to play. Kane will face the ‘harder’ teams, playing Aston Villa and Leicester, compared to Burnley and Crystal Palace for Salah.

Liverpool’s makeshift defence of Nat Phillips and Rhys Willaims will have to deal with the threat of Burnley’s top goal scorer, Chris Wood, who is on 12 goals this season. The Clarets will utilise long balls and set pieces to their advantage, targeting the inexperience of the Liverpool defenders.

Liverpool’s form of late has begun to pick up – The Reds are unbeaten in eight games and in their last five games, Klopp’s men have netted 10 goals. Burnley will do everything they can to deny Liverpool from scoring, whilst Liverpool’s seasons relies on two wins, one of which must come on Wednesday evening.

Sean Dyche has no fresh injury concerns ahead of Wednesday’s game. Nick Pope is a doubt for the visit of the Champions, after missing the Leeds game with a shoulder injury. In midfield, Robbie Brady and Dale Stephens remain sidelined with long-term injuries.

Diogo Jota is Liverpool’s only new injury. Klopp revealed he is out for Wednesday’s clash, but there is a ‘small chance’ that he could become available for the last game of the season against Crystal Palace.

I think Liverpool had a lucky escape in their last game and it will have given them a boost ahead of this fixture. It’s the first of two finals for Klopp’s side and it’s a massive game. It’s more or less meaningless for the Clarets, so I think Liverpool will get all three points here. Burnley will sit back all game but I expect Liverpool to be able to forge some good chances and if they can keep Wood quiet, they should be set for a win.