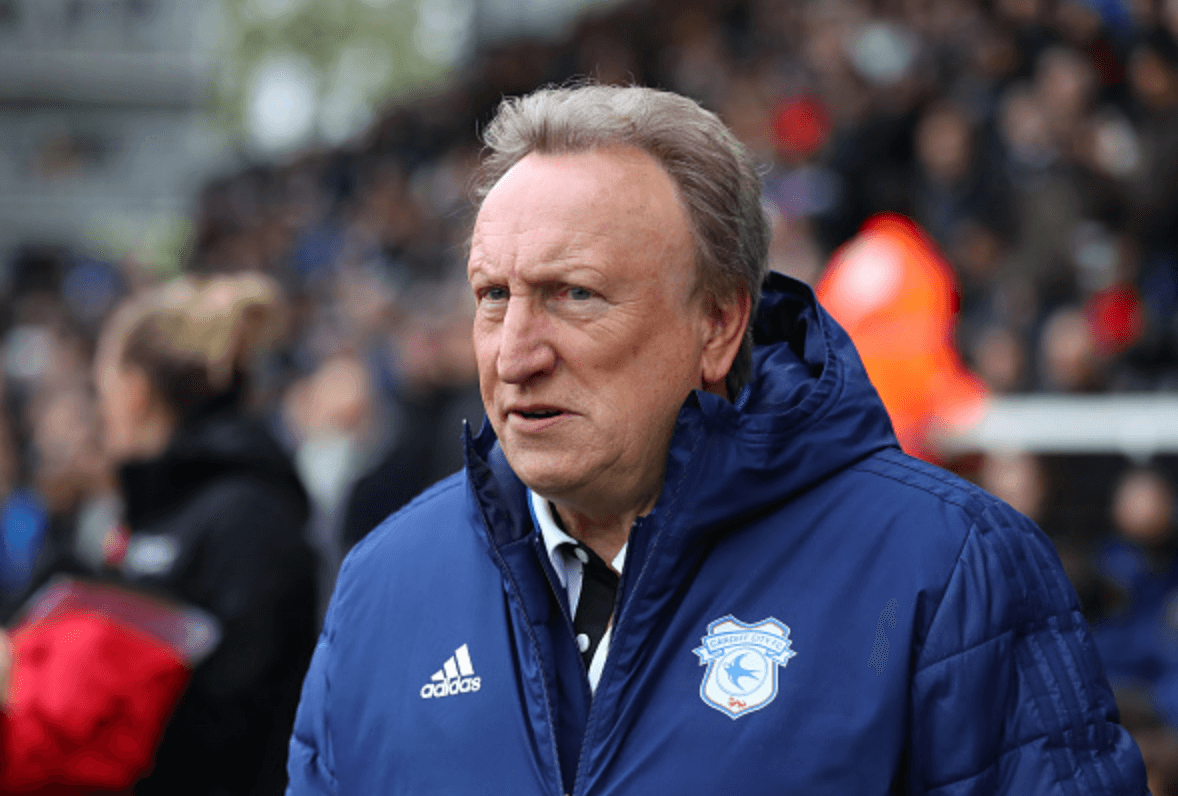 Roy Hodgson brings his boys in red ‘n’ blue down the M4 to the home of their former manager, as Cardiff City host Crystal Palace in their final home game of the season: a game that is quite simply a must win for the side from the Welsh capital.

The Bluebirds currently occupy the final spot in the relegation zone, four points behind Brighton; the only team they can mathematically overtake in the race for Premier League survival.

However, this means that if Cardiff fail to get anything but a win on Saturday evening, then they will be playing Championship football next season, and Palace will have another relegation scalp having already subjected Huddersfield Town to the same fate in March.

It will be a tough task for Neil Warnock and his team, especially from a historical perspective. Cardiff have never beaten Palace in the Premier League, albeit only consisting of two defeats and a draw in the three meetings they’ve had with the Eagles.

One thing to pick out of those games, however, is that as well as not getting a win over their opponents on the weekend, Cardiff have also failed to score a single goal in those three games.

When the two sides faced each other in the reverse fixture on Boxing Day, both teams must have been suffering from a post-Christmas Day hangover as they played out a goalless draw.

It was the first time they had shared the points since 2010, with one of the two sides getting the win in all of the following nine meetings in all competitions, with the visitors just edging it over the Bluebirds by five wins to four.

Cardiff are also not in winning form at the moment, having only won on two occasions in the last ten, which were over West Ham and the team they’re hoping to surpass, Brighton. They could have made it a less essential situation on the weekend, but they slipped up in their best game on paper by losing 1-0 to already relegated Fulham last time out.

If they had won that, then they would have been only been a point behind Brighton, and with the Seagulls having to play Arsenal and Manchester City in their final two, whereas Cardiff have an arguably better pairing of Crystal Palace and an out of sorts Manchester United. But, they didn’t, so it’s win or bust for the Bluebirds this Saturday,

Palace’s incredible run of wins and losses was finally broken at the weekend with the scoreless draw against Everton, having had the results of the previous nine games alternating from week-to-week between victories and defeats.

A top half finish is now no longer a possibility for Palace, although there is still a chance to move up to 11th place with a win coupled with West Ham losing at home to Southampton. Alternatively, if results were to go against them, then they could finish as low as 16th place, which would not be the desired way the club would like to go into the summer break.

The Eagles have been impressive away from home this season, picking up huge wins at the Etihad and the Emirates, and also playing their part in a thrilling 4-3 defeat at Anfield. They have won four of their last five away in the league, including that 3-2 win over Arsenal in North London a fortnight ago.

Neil Warnock will hope to have a few of his soldiers back as they face the final battles for Premier League survival. Icelandic midfielder Aron Gunnarsson looks likely to shake off a muscular injury sustained late on against Fulham. Striker Kenneth Zohore should also be in contention for a place in the squad if he overcomes a tight calf he has been struggling with.

The biggest doubts are whether midfielder Harry Arter, who has missed the last three league matches with a calf injury, will be available. He was described as “touch and go” for the Fulham game where he did not feature, so it will be interesting to see if he is still classified as “touch and go” for this weekend, or if he has made any advancement towards making a return.

With Palace scoring three goals in their last away trip to Arsenal, the importance of defensive solidity will not be lost on Warnock or his captain Sean Morrison.

Clean sheets have been a somewhat regular sighting at the Cardiff City Stadium, with Morrison and his teammates in the backline completing five shutouts at home so far this season. Warnock went with a back four of Joe Bennett, Bruno Ecuele Manga, Morrison, and Lee Peltier; a backline he is unlikely to meddle with.

There are a series of players who will not play a part in the rest of the season. Souleymane Bamba (knee), Callum Paterson (ankle), Matthew Connolly (ankle), and Joe Ralls (thigh) will all miss the final games of the season, and will hopefully rejoin the squad ready for preseason.

There were no fresh injury concerns coming out of the Everton game, so there should not be many changes to Hodgson’s starting line-up.

Patrick van Aanholt should retain his place at left-back and may look to carry on his somewhat annual goalscoring spree he goes on during the final games of the season, having scored four of his seven Premier League goals for Palace in the last three games of the previous two campaigns.

Fellow left-back Pape Souaré “might be fit” according to the Eagles’ manager, but he would only find himself in his regular spot on the bench if he is passed fit.

Hopes will continue that both Martin Kelly and Scott Dann make it through the game with the regular centre-back partnership of James Tomkins and Mamadou Sakho watching from the stands. Cheikhou Kouyaté will complete that midfield once again with the confirmation that Jefferey Schlupp will not feature again before the start of next season.

Andros Townsend has been a somewhat surprising addition to the Palace bench in the last couple of games, but with the 4-4-2 looking sluggish in the midfield, the creative winger should find himself back in the starting eleven in place of James McArthur or more likely Max Meyer. Hodgson has revealed Benteke is a doubt for Saturday’s game, and the Belgian may be replaced by Batshuayi up front for the Eagles.

The must-win situation will play a big factor in the way Cardiff play the game, having to push forward to get the goal they need. This will play directly into the hands of the likes of Zaha and Townsend, who will look to catch the home side on the counter, and could punish the Bluebirds and resign them to a drop back down to the Championship after only a year in the top flight.