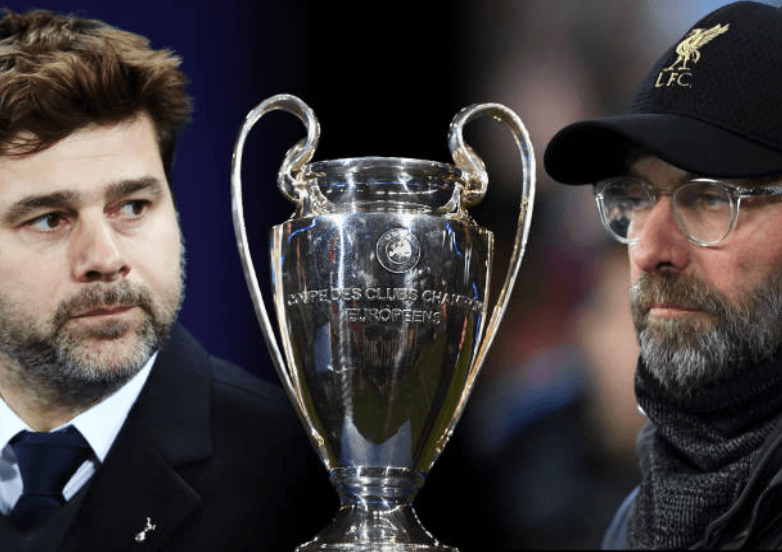 An estimated 70,000 fans are descending on Madrid this weekend as Liverpool and Tottenham are set to battle it out for Europe’s most coveted trophy.

The Premier League sides meet in the first all-English Champions League final since 2008 when Manchester United famously beat Chelsea on penalties in Moscow.

It is set to be another memorable occasion in Madrid with Liverpool comfortable favourites going into the match at Atletico Madrid’s Wanda Metropolitano Stadium. Liverpool are not strangers to a European final and are aiming to win the competition for the sixth time in their history and the first time since the miracle in Istanbul.

The Reds have not won anything since Jurgen Klopp’s arrival back in 2015 yet this does not phase the German manager ahead of Saturday night. “If I was the reason for losing six finals in a row, then everyone needs to worry! But that’s not the case. In the last seven years at least I’m probably the world record holder in winning semi-finals,” he said when questioned on his unfortunate final record.

Two of those last six finals have been the same occasion as Saturday night – last year his Liverpool side bowed out against Real Madrid just as his Borussia Dortmund side did against Bayern Munich back in 2013. Klopp will be looking to make it third time lucky on Saturday evening and it will be third time lucky for Liverpool too; who since winning the trophy in Istanbul in 2005, have lost twice against AC Milan in 2007 and Real Madrid last year.

As for Tottenham, Pochettino has made his aim clear stating “tomorrow (Saturday) is about winning. We want to write history in football. We know very well what we need to do.” It will be Tottenham’s first Champions League final as they become the 23rd side to reach the prestigious stage.

Just as their opponents in Madrid, Tottenham have also been trophyless for a number of seasons with their most recent silverware coming back in 2008 in the League Cup. The match has been touted as the biggest game in Tottenham’s history and Pochettino will be looking to win his first piece of silverware as a manager.

All the team news ahead of Madrid has focused on two strikers on either side. The question marks on Harry Kane’s fitness has loomed over Tottenham in recent weeks yet the England captain has stated he is ‘ready to go’ after recovering from ligament damage to his left ankle which he picked up in Tottenham’s quarter-final vs Manchester City.

As for Roberto Firmino, questions were also asked on his fitness in the lead up to Madrid yet Klopp has stated his striker is fit following a groin injury and although he didn’t mention whether the Brazilian would start, you can gaurentee if he is fit enough he will be leading the line for his side.

As for the rest of the Tottenham side, they are all fit and a similar side who miraculously saw off Ajax on their home turf will take to the field in Madrid. Lucas Moura, the semi-final hero, may make way for Kane with Harry Winks possibly replacing Wanyama in the middle of the park.

As for Liverpool, it is expected that Firmino will return and replace Origi up top whilst the absence of Kieta, who was confirmed to miss the tie in Madrid, should see a midfield three of Henderson, Fabinho and Wijnaldum.

The Tottenham striker has struggled with injury this campaign and his fitness ahead of Madrid was questioned. It is expected he will lead the line though and he is set to come up against the Premier League player of the year in Virgil Van Dijk. England fans will be hoping Kane can learn from tonight’s game ahead of England’s crunch Nations League semi-final with the Netherlands next week yet tonight this battle will likely decide the winner of the tie and if Van Dijk can keep Kane quiet then it should be a good night for the Merseyside club.

The Senegalese international is looking to become the first player to score in back-to-back European Cup finals since Franz Roth with Bayern Munich in the 1970’s. Kieran Trippier’s season has been somewhat inconsistent and he has been subject to a move away from London this summer whilst Mane has had arguably his best ever season as a professional footballer. Both have pace and with Trippier liking to get forward to whip balls in for Kane, it could be an enjoyable night for Mane.

The South Korean international will certainly look to exploit the youngster in Madrid yet Arnold will certainly not be fooled. His quick thinking which set up Origi back at Anfield against Barcelona is partly the reason they find themselves in Madrid and this battle will certainly be an intriguing one.

Tottenham 3 Borussia Dortmund 0 (Round of 16)

Borussia Dortmund 0 Tottenham 1 (Round of 16)

Match Facts from the BBC