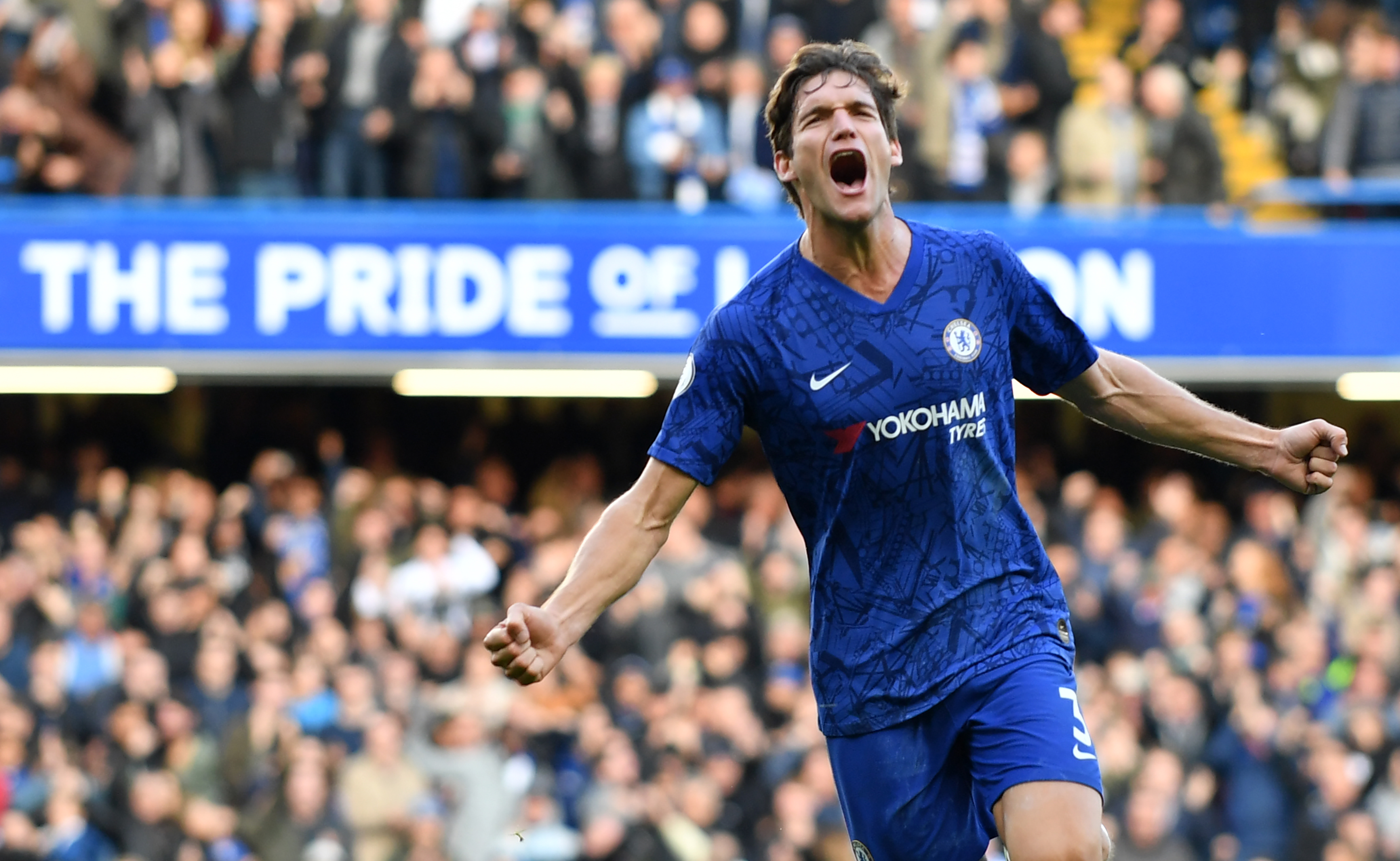 Chelsea finally broke Newcastle’s resistance via a Marcos Alonso strike midway through the second half to beat Newcastle 1-0 on Saturday afternoon.

The scoreline flattered the visitors who were pinned back for almost the entire second half in the capital. Tammy Abraham was outstanding and nearly scored the goal his performance deserved, but the crossbar denied his header.

Meanwhile, Martin Dubravka prevented Christian Pulisic from notching his first Premier League goal for the Blues with an outstanding save. In the 73rd minute, Alonso drove low and hard into the back of the net to finally break the Magpies, after Callum Hudson Odoi found him in the box.

Later on, Abraham had another opportunity to score, but DeAndre Yedlin did exceptionally well to clear the ball off the line.

After a steady first half with few opportunities created, Chelsea controlled the second period and eventually suffocated Newcastle, who didn’t manage a shot on target. The result means Frank Lampard’s side move into the top four, level on points with Leicester City though Arsenal could yet overtake them on Monday. However, a win against Newcastle was crucial for maintaining pace with other sides vying for the Champions League places. If Lampard were to guide his squad into the top four with a transfer ban, the season would have to be regarded as an overwhelming success.

Up to this point, the one question mark over Lampard’s reign at Stamford Bridge has been his side’s defensive capabilities. Chelsea conceded 14 goals in their opening eight fixtures, one less than opponents Newcastle, but managed their second clean sheet of the season on Saturday. Though they are still left as the joint fourth most leaky defence in the league, there were positive signs that progress is being made.

A couple of changes occurred over the summer with Gary Cahill and David Luiz exiting Stamford Bridge, and Fikayo Tomori has become a regular after impressing under Lampard with Derby. Couple this with the fact right-back Reece James made his Premier League debut as a substitute, and the future looks bright for the Blues at the back once they have had time to gel.

For the first time during his reign as Newcastle United boss, Steve Bruce’s side lacked any viable attacking threat against top-six opposition. Previously the Magpies have produced smash and grab performances to beat both Tottenham Hotspur and Manchester United. But on Saturday they were unable to put any of their five shots on target. In fact, had it not been for some incredible defending by Dubravka and Yedlin, along with some luck as the ball struck the bar, the scoreline could have been considerably larger in Chelsea’s favour.

However, Bruce rightly pointed out after the game that his new team have now faced five of the top six in their opening nine fixtures. This means they will need to make the most of the opportunities that are to come their way.

Newcastle into the relegation zone

The visitors dropped into the relegation places on goal difference after their loss at the weekend. Newcastle have now scored the joint fewest number of goals in the league, level with bottom-placed Watford, though they have faced more challenging opposition.

Allan Saint-Maximin had some particularly bright spells against Chelsea, and the Frenchman will need to carry that form into upcoming fixtures against Wolves, West Ham and Bournemouth. He looked like Newcastle’s main goal-scoring threat, and with Miguel Almiron yet to find the net, both the French winger and Joelinton will have to provide the goals.

After sustaining a nasty Achilles tendon rupture during his breakthrough season, Hudson-Odoi returned late to this campaign and could have easily been dismayed by that interruption in his progress. Instead, he has continued from exactly where he left off last year.

The England winger now has three assists from as many Premier League appearances this term, and it is easy to see why Bayern Munich were so interested. The 18-year-old’s attacking impetus on the left could well keep new signing Christian Pulisic out of contention and push Pedro and Willian further down the pecking order as he continues to realise his outrageous potential.

Chelsea will travel to Amsterdam to play Ajax on Wednesday and then face Burnley away late on Saturday. While Newcastle host Wolves on Sunday afternoon.