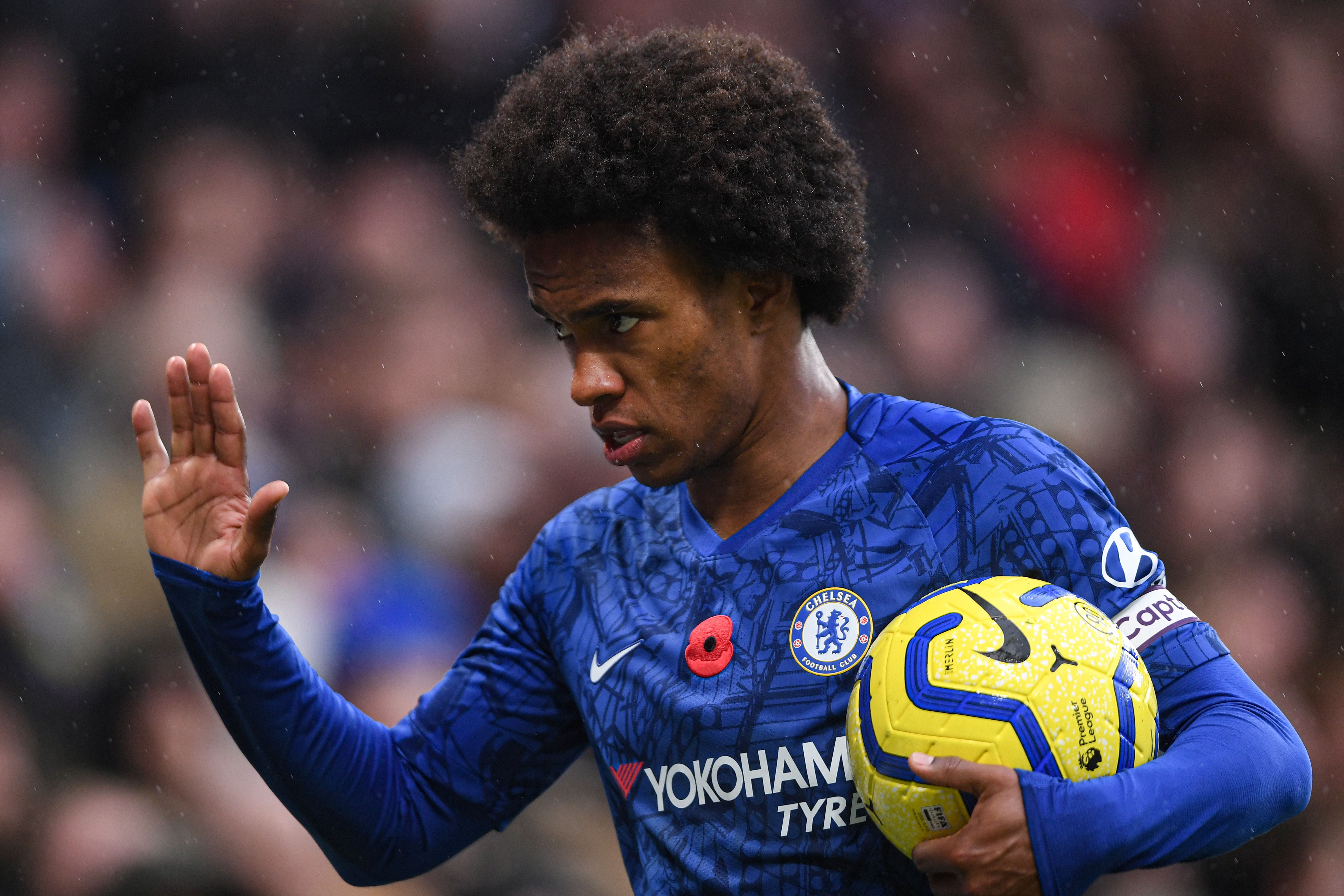 Ever since Willian stated there was “no chance” he would have remained at Chelsea had Antonio Conte stayed, his future in London has looked slightly uneasy.

He was using incredibly sparingly under the feisty Italian and only slightly more often during Maurizio Sarri’s tenure. But since Frank Lampard took charge, with the Brazilian fresh from his victory in the 2019 Copa America, Willian has appeared integral to everything the manager has tried to achieve.

But with his contract running out this summer and suitors circling, should Lampard convince him to stay or let him go to make way for others?

The winger has made 12 appearances, nine of which have been starts, in the Premier League this term, scoring two and assisting three. But beyond his importance to the team from a purely statistical standpoint, Willian at 31-years-old is massively influential to the growth of the plethora of young talent Lampard is bringing through. The Brazilian will likely be acting as a mentor to players such as Callum Hudson-Odoi and Christian Pulisic after they committed to Chelsea and look to settle into life at the top of the Premier League.

Role models don’t come much better than Willian for the pair of young wingers to look up too. He works tirelessly defending from the front, as proven by his 20 tackles, ten interceptions and nine blocked shots this term. Relative to last season the influence of his defensive contribution has skyrocketed, without sacrificing his attacking role after improving his number of goals and assists per match. Averaging almost ten crosses per 90 minutes will no doubt be aiding Tammy Abraham, who has 10 Premier League goals this season.

For both his technical abilities, while also improving the developing players around him, Lampard should do everything within his power to ensure Willian remains at Stamford Bridge, though that might be a tall order with interest from Barcelona, according to Mundo Deportivo (via the Daily Star).

Sarri’s Juventus have also formerly seemed interested in the 31-year-old who may feel now is his last chance to ensure a move to one of Europe’s elite. Especially considering the fact he is available on a free, despite holding a valuation of £31.5m (Transfrmarkt), and could match Aaron Ramsey in demanding enormous wages.

If the West London outfit refuse to break their rule of offering extended contracts to players over the age of 30, they could risk losing the Brazilian international; this is a potential departure that has the makings of a milestone moment in Chelsea’s transfer policy in the modern era.

Barcelona is a dream move for almost every player, but it is worth considering how compatriot Phillipe Coutinho’s has struggled at the Camp Nou after leaving the Premier League. After the ex-Liverpool player made his exit Antione Greiezmann stepped in and has not hit the same level of performance he did for Athletico Madrid. Every player would back themselves to make the starting eleven, but Willian should tread carefully before committing elsewhere.