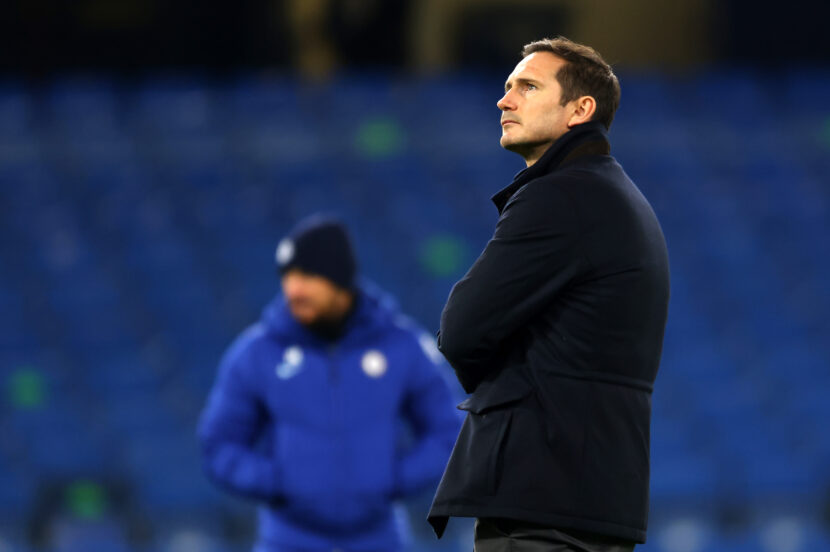 Chelsea: why Frank Lampard’s Stamford Bridge tenure is at risk of unravelling

In the final minutes of Saturday’s game, the sight of Timo Werner charging down on Fulham’s goal with pace and intent was reminiscent of the form he displayed in the Bundesliga over past seasons.

The finish that followed was tame, lacked conviction and showed a striker desperately lacking in confidence. Similar traits have appeared in Chelsea’s form since their 1-0 defeat to Everton at the beginning of December.

That loss ended a 17-game unbeaten run and they have won only two of their seven games since, alongside four defeats. Each of those games has followed a similar pattern of tactical confusion, ponderous attacking play and an alarming inability to respond positively in the face of adversity.

Although Chelsea have suffered this dramatic loss in form, there is still a top four place and a title challenge just a few wins away, due to the bizarre nature of some of the results this season in the Premier League.

So what exactly has gone wrong, and how can Lampard instigate a much-needed upturn in form?

Despite the significant cost, the summertime purchases of Timo Werner, Hakim Ziyech and Kai Havertz were lauded as coups which could propel Chelsea into an immediate title challenge. The initial signs were promising, with all three having isolated impacts which were enough for Chelsea to achieve an impressive run of results.

There was an assumption that the new signings would improve following more time on the training pitch with their new teammates, and come early December, optimism was rife at Stamford Bridge.

However, their collective progress has stalled. There have been a number of injuries, particularly to Ziyech and Pulisic, which have continuously disrupted the rhythm and synergy in Chelsea’s front line.

This has fed into the main issue, which is that Lampard has too many attacking options at his disposal.

For the striker’s position he can play one of Tammy Abraham, Olivier Giroud or Timo Werner, who are all fine strikers, but each thrive with a different style of play, and with different players around them. This combined with the rotation of wide players Havertz, Hudson-Odoi, Pulisic and Ziyech, has created a situation of tactical confusion amongst the players, where there is no consistent attacking strategy, nor have the players established any meaningful understanding or connection with one another.

The result has been particularly damaging to Lampard’s preferred pressing style of football, as there has to be complete understanding and cohesion between members of a team for that style of play to be effective, otherwise the opposition can easily pass their way through a disorganised press.

This lack of cohesion is reflected in the statistical output of Chelsea’s attacking talent, with Giroud and Ziyech being the only players who, in recent games, have delivered a consistent goal threat.

Frank Lampard has always been highly regarded for his resilience and tough mentality, so it has been surprising to see how brittle his Chelsea team is when presented with challenging circumstances. Particularly during recent losses versus Manchester City and Arsenal, there has been a noticeable lack of fighting spirit as they trudged towards defeat, despite being 3-0 down in both games.

An inability to hold a lead at Wolves or Aston Villa, coupled with dramatic collapses against Arsenal and Manchester City, indicates that under Lampard, Chelsea’s squad are suffering from a lack of experience when dealing with these difficult moments in a game. This has led to a squad bereft of confidence, and a standard of play less intense than in the first months of the season.

One theory is that after a 17-game unbeaten run, during which Chelsea played predominantly clubs in the lower half of the league, the squad became complacent, and allowed their levels to drop. The Premier League is unforgiving, and as soon as any team drops their level of play by even little, they will suffer the consequences — as Chelsea have swiftly discovered.

But how can Frank Lampard turn around his side’s declining fortunes at Stamford Bridge?

Werner and Havertz must find form

Lampard’s success, or indeed failure as Chelsea manager, could well depend on his ability to coax the best possible form out of their expensive German imports. Despite his legendary status at the club, it is unlikely Roman Abramovic will be content with seeing his highly sought-after investments either out of form or on the bench, when they were expected to be leading the Lampard revolution.

Werner and Havertz possess extraordinary talent, they are regarded as two of Germany’s top young stars, so an in-form German duo could well translate into an in-form Chelsea.

Chelsea’s large squad may have seemed like an advantage given the increased amount of soft tissue injuries seen in the league this season, but instead it has meant there has yet to be a settled first team (an issue exacerbated by injuries). In a season where several new players have come in, there are now too many options, and Lampard does not appear to know his best team, or his tactical approach. Selling fringe players such as Marcos Alonso and Jorginho is easier said than done, given the financial restrictions clubs are facing at the moment, but the number of senior players outside of the first team picture must be trimmed down.

Selecting a consistent first XI would go a long way to creating a fluid and efficient attacking team. For example, the purchase of Timo Werner seemed to indicate he would be Chelsea’s first-choice striker. This would imply a style of play where he runs beyond the opposition’s defence, thus creating space for inverted wingers and onrushing central midfielders. However, when Abraham or Giroud are on the pitch, there is a change in the style of play. Both players run beyond the defence less, and instead, they hold up the ball for teammates to join the attack.

The rotation of these strikers, as a result of the quantity of matches and injuries, cannot have helped Lampard in his efforts to implement a consistent attacking strategy. For that to happen, it is now time for him to establish an official first-choice striker. This will risk upsetting players who feel they should be getting game time, but consistency creates confidence, confidence leads to goals, and goals will deliver results.