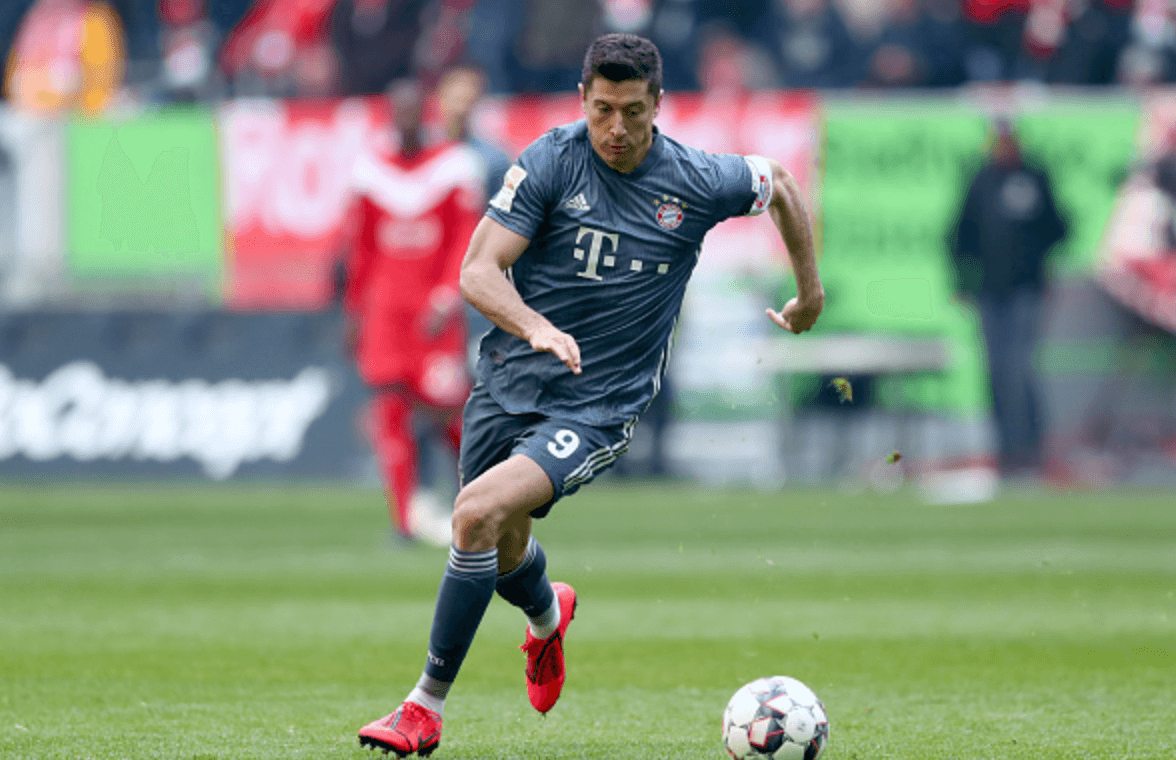 Chelsea in search for superstar striker

Having worked their way through the likes of Alvaro Morata, Olivier Giroud and Gonzalo Higuain, while letting go of Mitchy Batshuayi, Alex Pato and Radamel Falcao since Diego Costa returned to Atletico Madrid, Chelsea are now on the lookout for another striker.

No one has been able to fill the boots of the Spaniard who managed 52 goals in 89 league games for the Blues.

It’s been a problem position for successive managers, and no real, long-term solution has yet been found.

Morata initially appeared to fit the bill, but a huge drop in confidence saw his form deteriorate. Higuain has done a decent, if unspectacular job, so far, but at 31, isn’t the long-term fix needed.

It’s somewhat surprising then to hear that Chelsea are approaching another forward the wrong side of 30 to try and ease their woes. According to the Mirror, Chelsea are looking to bring Bayern Munich superstar forward Robert Lewandowski to Stamford Bridge this summer.

The 30-year-old Pole has become one of the world’s most prolific forwards in his time at Bayern, scoring a remarkable 125 goals in five seasons at Munich.

Chelsea are likely to be cautious of Lewandowski’s age, and therefore will explore younger options.

One such option is Alexander Isak. The 19-year old Swede has impressed at Willem II on loan from Borussia Dortmund this season, bagging 11 goals in 11 games so far this campaign.

He would certainly not come cheap, however, with Dortmund always looking to turn a huge profit on any up and coming talent — this is a club who made over €100 million profit on Ousmane Dembele after just 12 months, let’s not forget.

It’s unlikely the German side will let Isak leave for anything less than €50 million, what with his age and form an enormous draw for multiple top clubs right now.

However, all of this talk could come to nothing, with Chelsea subject to a potential transfer ban. Currently, the Blues are banned from any deals until 2020, after breaking the rules on foreign under-18 signings. That ban is currently subject to appeal, and could be overturned, but if not, will obviously massively impact the club’s transfer ambitions.

Instead, they may have to turn to existing assets either in the setup or out on loan. One such option could be Tammy Abraham, who has impressed on loan at Aston Villa in the Championship this season, with 23 goals in 34 games.

Realistically this would be the last chance for Abraham to break into the Chelsea first team, because despite successful loan spells, he has never truly impressed at Stamford Bridge.

With plenty of other clubs circling, Chelsea will have to decide whether Abraham fits the bill or if they’d rather someone else, with any decision surely subject to the final outcome of the transfer ban process.