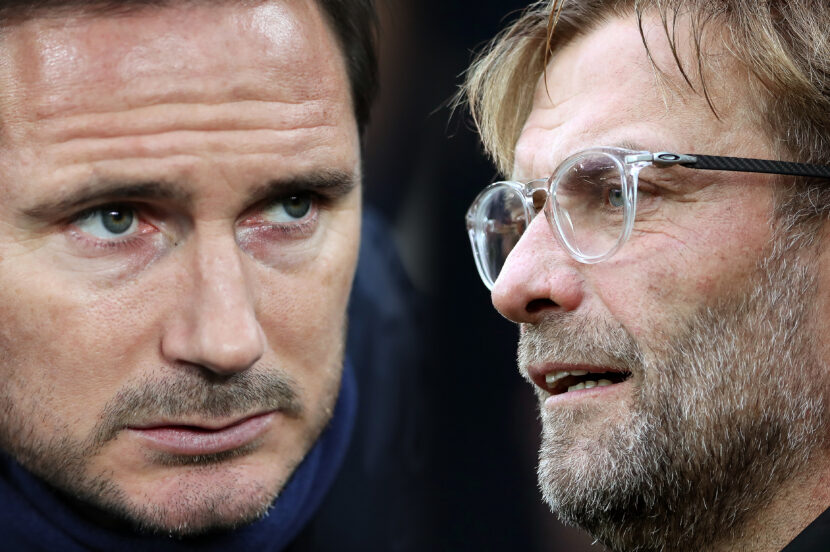 Chelsea host Liverpool on Sunday afternoon in the most eagerly anticipated match of the season so far. Frank Lampard will be looking to get one over Jurgen Klopp after the two managers clashed on the sidelines when these two sides last met in the penultimate game of last season. Both teams won their opening games of the season and will be keen to continue their 100% start.

The two clubs met four times in total last campaign. The Merseysiders came away with the win in both Premier League matches and in the UEFA Super Cup before Chelsea knocked Liverpool out of the FA Cup in February.

It had been a quiet transfer window for the Reds until the last few days. In a £60 million splurge, Liverpool first added Thiago Alcantara to their books from Bayern Munich, before they announced the signing of Diogo Jota from Wolves on Saturday. It will be too soon for the Portuguese forward to play against Chelsea, but it is possible that Thiago could make his debut. Given Klopp’s tendency to bed in his new signings slowly, it would be surprising to see the Spaniard start the match though.

Unlike their rivals, Chelsea completed a lot of their business early on in the transfer window. Over £250 million has been spent on Thiago Silva, Ben Chilwell, Hakim Ziyech, Timo Werner and Kai Havertz. However, the first three names on that list will miss Sunday’s game through injury/lack of match fitness.

The Londoners are also set to complete the signing of Edouard Mendy from Rennes in the coming days. The goalkeeper will likely usurp Kepa Arrizabalaga in the Chelsea goal. The much-maligned stopper was again at fault for the goal that the Blues conceded against Brighton last time out.

As mentioned, Chelsea are suffering a minor injury crisis. With Silva, Chilwell and Ziyech all missing Sunday’s game, Christian Pulisic and Billy Gilmour are also missing. In terms of their formation, Lampard looks set to utilise a 4-3-3 system in order to combat Liverpool’s midfield.

It would be a brave move to deploy 3-4-3 against their opponent’s dangerous front three. Ruben Loftus-Cheek was disappointing during Chelsea’s win over Brighton last week and could be replaced by Ross Barkley, who has previous against Liverpool after scoring during his side’s FA Cup win last season. Chelsea fans will be expecting an improved performance from Kai Havertz, who also performed poorly against the Seagulls.

Liverpool have a mostly fully fit squad available, with Alex Oxlade-Chamberlain the only confirmed absentee. With the defence and attack picking themselves, the main selection dilemma for Jurgen Klopp comes in midfield. Given the strength of the opposition, it looks likely that Klopp will opt for the tried and tested trio of Fabinho, Gini Wijnaldum and Jordan Henderson.

With both defences looking shaky in recent showings, goals can be expected in this one. However, with Kepa looking continuously poor between the sticks and the defence in front of him being at the very least suspect, Liverpool’s forwards will be licking their lips. With that being said, Chelsea can cause Liverpool problems at the other end of the pitch. The pace of Timo Werner will be a concern for Klopp, particularly given Liverpool’s very high defensive line. The German will be looking to score his first goal for the club against the side who were also strongly linked with securing his signature.