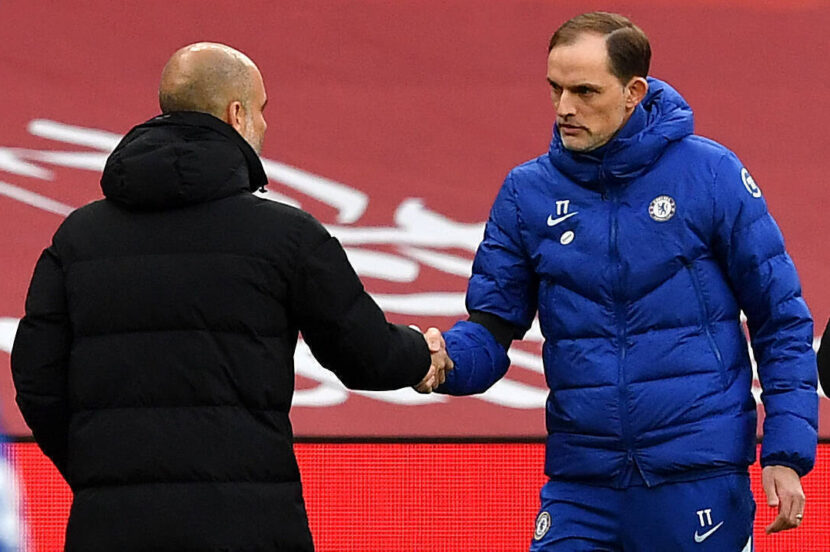 A rematch of last season’s Champions League final takes place on Saturday afternoon, as European champions Chelsea welcome Premier League champions Manchester City to Stamford Bridge in the day’s early kick-off. The magnitude of this match cannot be stated enough, as Pep Guardiola will be looking to finally best Thomas Tuchel and reignite the Premier League title race, having fallen to his German counterpart in each of the last three encounters between these sides.

Chelsea have not looked back since Kai Havertz secured them the ultimate prize in club football, adding Romelu Lukaku and Saul Niguez to an already scary-looking side. Manchester City meanwhile, added English superstar Jack Grealish to their ranks but were unable to capture their only real requirement of the summer, an out-and-out striker. And thus, they will be forced to play at their absolute best to avoid being completely shut out by Thiago Silva and co, as they were in the final in Porto.

Thomas Tuchel has played the narrative to this game very calmly in the media, suggesting that all of the last three encounters were 50/50 games and that there is no clear distinction between the sides. However, he too will know that a victory against City on Saturday will propel them to become firm, firm favourites to win the league, and if he’s able to continue the command he has over the players, a ‘power dynamic shift’ from the sky blue to the deep blue side may well be on the cards in England.

Guardiola’s City side go into this game as the first of possibly the most daunting 3-game spell in recent football history. The side are facing back-to-back-to-back away games against Chelsea, a Messi-esque PSG in the Champions League, and then at Anfield, a place where they’ve only emerged victorious once in the last 18 years.

Pep Guardiola has always admired a challenge, and this season may pose the toughest questions he’s had to answer in his entire career. But if there’s one thing we know for sure, it’s that sooner or later, Pep always comes up with the answers.

And that’s exactly what makes this fixture a mouthwatering one. I expect to see some an immense tactical battle, complete with some high-tempo, end-to-end football being played out on the pitch. While it is indeed too soon to call anything with certainty, I believe that a victory for Chelsea on Saturday will indeed make the title theirs to lose.

Chelsea starlet Mason Mount has been ruled out of contention for this game with a slight knock, suggesting that N’Golo Kante may start in midfield, having gotten 90 minutes under his belt once already.

Edouard Mendy missed Chelsea’s last two games with a knock, but Tuchel has confirmed that his number 1 has recovered and will be taking the spot between the goalposts on Saturday. Christian Pulisic missed out with an ankle problem.

Centre-half duo John Stones and Aymeric Laporte both were spotted in training late this week, and while Guardiola refused to rule out the presence of anyone in the XI, he also acknowledged that some players have only just returned to training, and will not be fit enough to contend for a starting berth. Nathan Ake may continue his place in the XI as a result.

Oleksandr Zinchenko, Rodri and Ilkay Gundogan are all doubtful for the game and will face late fitness tests to assess their eligibility to play a part on Saturday.

Kevin De Bruyne and Phil Foden have only just returned from injury, but the lack of available options in midfield would all but confirm that both of City’s creative maestros will feature from the offset.

I believe that City’s recent issues in attacking against resolute defences may continue against arguably the world’s best defensive unit in Chelsea. That being said, I think City will also post a resolute defensive challenge to get past, but Chelsea’s quality in attack should be good enough to see Tuchel’s side edge out a hard-fought victory.