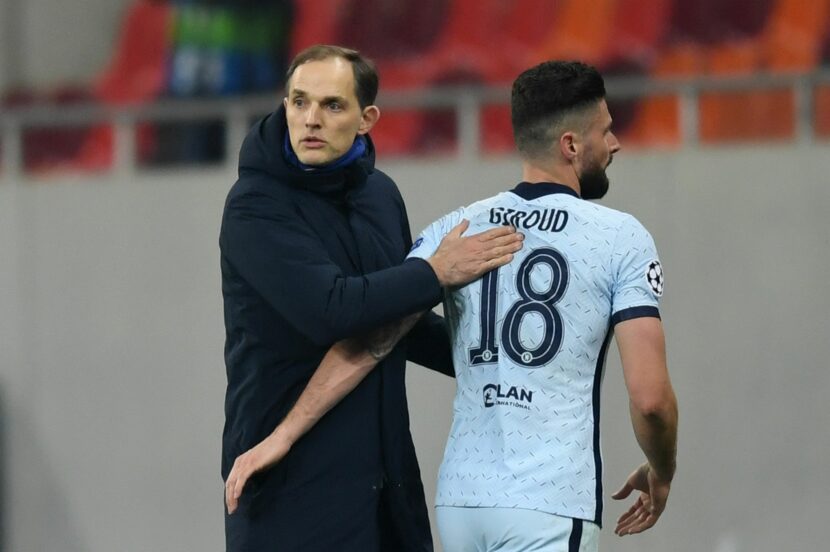 Both sides were in action in midweek, the Blues claiming an impressive first-leg victory “away” at Atletico Madrid, while a 0-0 draw against Real Sociedad was enough to see United progress to the Europa League last 16.

Chelsea fielded a near full-strength lineup on Tuesday and could name an unchanged side, while the Red Devils rested a number of key figures on Thursday. Both managers may choose to rotate their squads to manage fatigue, while United could recall recently injured trio Scott McTominay, Donny van de Beek and Edinson Cavani, pending late fitness tests.

The win appears more important to Chelsea on the face of things, with the Blues leading the chasing pack of the top four. Thomas Tuchel is yet to taste defeat as Chelsea boss, galvanising the Blues defence in particular, and the visit of the Premier League’s top scorers makes for a mouth-watering clash on Sunday.

The Blues have no fresh injury concerns from Tuesday but remain without Thiago Silva. Edouard Mendy is likely to keep his place in goal, while Kurt Zouma appears most likely to return in the three man defence if Tuchel opts to rest one of Cesar Azpilicueta, Andreas Christensen or Antonio Rudiger.

England’s Euro’s hopeful Ben Chilwell appears to have fallen firmly behind Marcos Alonso at left wing-back but could feature on Sunday, with Alonso having started the Blues’ last three matches. Reece James is also in contention to return on the right, though Callum Hudson-Odoi has impressed in recent outings.

Two of Ngolo Kante, Jorginho and Mateo Kovacic look certain to start in central midfield, with Kante having missed out against Atletico. Mason Mount and Timo Werner have operated in the attacking midfield positions in recent weeks and may continue, though the Blues are blessed with the likes of Christian Pulisic, Hakim Ziyech and Kai Havertz offering cover.

Olivier Giroud continues to age like a fine wine and will surely lead Chelsea’s attack if his legs allow, though Tuchel may elect to rest the Frenchman with the likes of Liverpool and the home leg against Atletico on the horizon. Tammy Abraham remains in contention, while Werner could also move to a central role.

The Red Devils will assess Scott McTominay, Donny van de Beek and Edinson Cavani, who have all been out of action for a week. Juan Mata and Paul Pogba are the confirmed absentees, though Daniel James could miss out having suffered a knock on Thursday.

David De Gea is expected to return in goal despite Dean Henderson’s third consecutive clean sheet, while Harry Maguire will return to the centre of defence to captain the side having been afforded a rare rest in midweek. Luke Shaw is also expected to replace Alex Telles at left-back.

Nemanja Matic and Fred may be forced to start in midfield together once again if United’s midfield injury crisis fails to subside before Sunday. A return to fitness of either McTominay or van de Beek will likely be enough to displace one of the two incumbents, while Bruno Fernandes looks undroppable and will continue in the number 10 role.

Anthony Martial again failed to get on the scoresheet on Thursday despite an improved display, leaving the door open for Edinson Cavani to make an immediate return to the starting lineup if passed fit. Marcus Rashford played only the second half on Thursday and will likely return on the left-wing, while Mason Greenwood and new boy Amad Diallo offer options on the right.

Chelsea are a different animal under Thomas Tuchel but we are yet to see his side face opposition who go toe-to-toe with them. A huge amount of Chelsea’s attacking build-up goes through Olivier Giroud and if he is selected, he is likely to be involved in a fascinating aerial battle with Harry Maguire. I see this one ending all square.