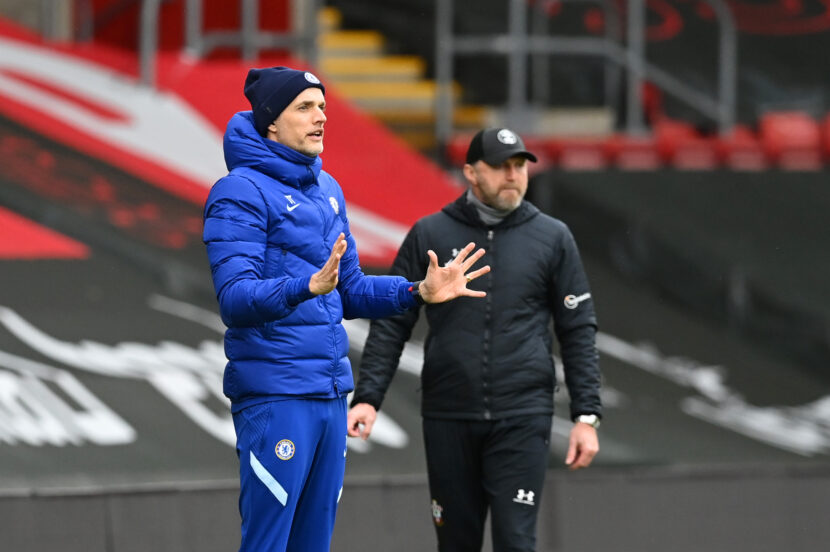 Thomas Tuchel will welcome Ralph Hasenhuttl and his men to Stamford Bridge for what promises to be an enthralling encounter.

The Blues, while 3rd on the table, are coming off the back of two 1-0 losses against champions Manchester City in the Premier League and Italian heavyweights Juventus in the Champions League. Both matches saw a common theme, which was a lack of service for Romelu Lukaku. Mason Mount, being out due to injury, might have been one of the main reasons for this decline. He seems to be back in the running this weekend, which would provide a huge boost to the home side. Tuchel will be looking to get all three points before we go into another international break.

Ralph Hasenhuttl will be more than happy if his team can get anything out of this game. A 1-0 defeat against Wolves last time out, sees them hovering around the relegation scrap, placed 16th on the table. Lack of clear cut chances and the killer touch seem to be the problems plaguing the Saints in the attacking third. While Adam Armstrong has bedded in well, he needs better service from the group of players around him, who seem to have forgotten how to get the ball in the back of the net on a week in week out basis.

Both teams are coming to this game after some disheartening losses and will be looking to bounce back in their own respective ways. Another story worth monitoring will be, ex Chelsea player Tino Livramento, who will be playing against his old employers. The Saints will be pressing high up the pitch as they always do under Ralph, while Tuchel will be trying to break them down from the get go. One thing we can be sure of is that we’re in for an exciting match.

The Blues will welcome back Mason Mount while Reece James and Christian Pulisic remain in the treatment room. Kante has been in isolation, having tested positive for Coronavirus and will be unavailable.

Ben Chilwell could come in for Marcos Alonso after the Spaniard was hooked at halftime for the Englishman against Juventus.

Armando Broja will be ineligible to face his parent club while Jack Stephens is out with a long term injury. Will Smallbone is getting closer to a return, though it still remains to be seen if Stuart Armstrong and Theo Walcott can be fit in time to be involved against the Londoners.

I think this could be the game where Chelsea get back to winning ways with a comprehensive victory over the Saints.