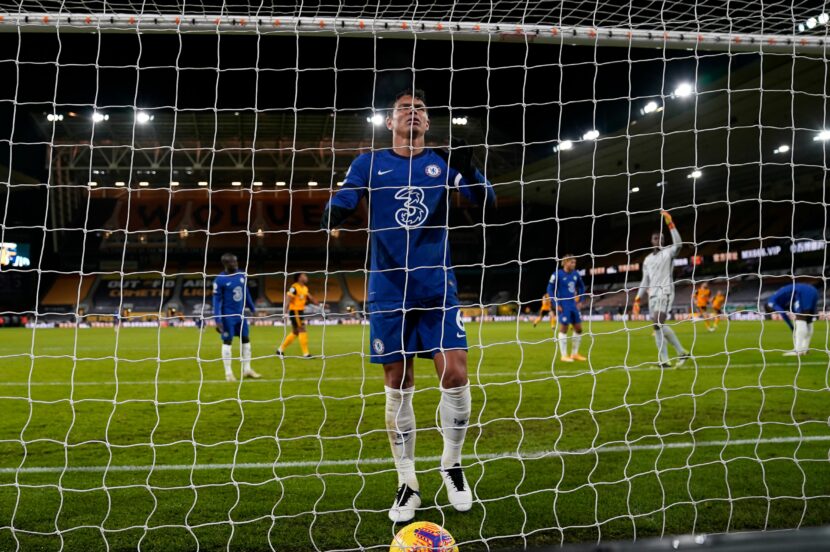 The visitors come into this one looking to better their last London derby result, which was only a couple of days ago as they shared the points with Roy Hodgson’s Crystal Palace. The result left the Hammers still in the top half of the table and only one point behind Monday evening’s hosts.

Frank Lampard’s Chelsea have slipped as of late and are winless in three games in all competitions. After a lacklustre performance against former boss Carlo Ancelotti and Everton, they succumbed to an injury-time winner from Wolves and dropped yet more points in this seasons title race. Despite taking the lead at Molineux, Pedro Neto popped up late to secure the three points for Nuno’s men, leaving Lampard bitterly disappointed.

A defence that has looked so stable in their early season form has looked cautious lately and they have not kept a clean sheet in three consecutive Premier League games. West Ham will take confidence in Chelsea’s uneasy performances lately and go into this fixture looking for their third win in a row against the Blues – something they haven’t done in the top-flight since a run of four between September 1972 and March 1964.

Both Callum Hudson-Odoi and Hakim Ziyech returned to Chelsea training this week and with this weekend’s fixture not until Monday evening, the pair could be involved at the Bridge. Having said this, their involvement will likely be from the bench which means Timo Werner and Christian Pulisic will likely support Giroud in an attacking three.

As for Kai Havertz, his place in the starting XI may be under threat after failing to impress at Molineux and he may make way for Mateo Kovacic. The back four and Mendy in between the posts are expected to remain unchanged with Mason Mount and Ngolo Kante making up the XI.

Michail Antonio continues to be the major absentee for the Hammers as he’s missed the past three games with a hamstring issue. He could be in contention to start against London rivals yet given Sebastian Haller’s performance and goal against Palace, a place on the bench is the most likely for the Englishman.

As for Fabian Balbuena, he also missed the visit of the Eagles and should be fit enough with the extra few days before Monday’s game being useful. If the centre half remains unfit, Issa Diop will continue alongside Ogbonna.

Jarrod Bowen and Aaron Creswell could also be doubtful ahead of Monday’s clash with both picking up ankle injuries in the draw with Palace. The pair should be fit enough for Monday but having said this, Moyes can rely on the likes of Ben Johnson and Robert Snodgrass to deputise if the two remain absent. Arthur Masuaku remains missing following knee surgery.

Frank Lampard’s men need a result against Moyes’ side as they risk being left behind the top-four after two poor results lately. They need a performance and a result against their London rivals that will set them in good stead ahead of the busy festive period and I expect them to bounce back – not in any spectacular fashion though riding out a 1-0 win.