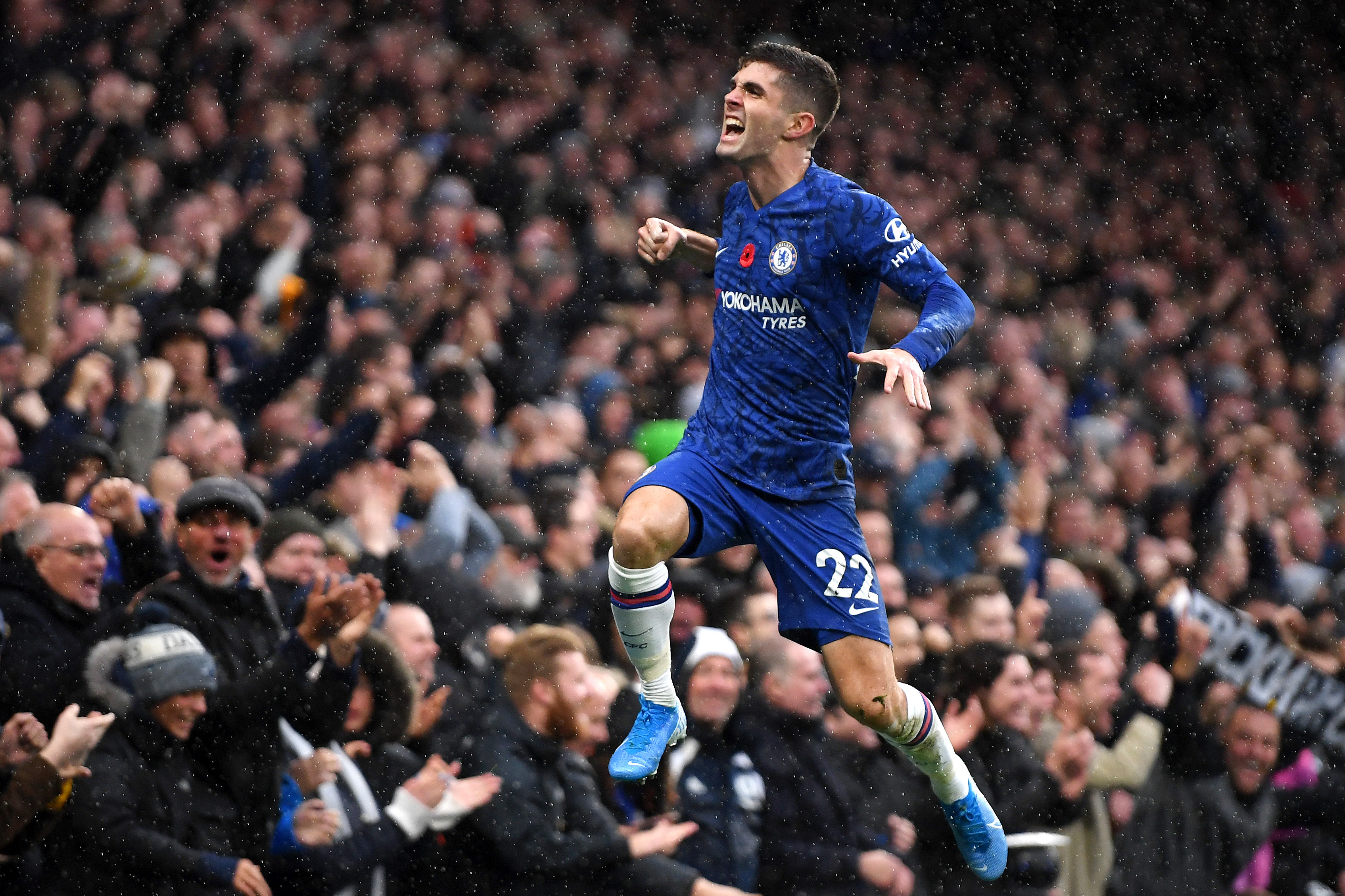 When Eden Hazard came to west London from Lille, he was 21 years old.

Along with two Premier League titles, his eight years at the club saw him develop into a world-class winger with blistering acceleration, pinpoint accuracy, and a mentality that put his team first. In late 2018 through early 2019, a transfer ban from FIFA was on the horizon for Chelsea. As a result, the club had to move ahead of schedule to strengthen its 2019-20 side.

The ban would take effect in the summer of 2019 and prevent the club from reinvesting funds they would receive from Hazard’s inevitable departure to Real Madrid. With the Belgian gone, the cavalry of wingers at Chelsea’s disposal would either be past their prime (Pedro & Willian) or too raw to entrust with regular starting XI duties (Callum Hudson-Odoi). Simply put, they needed an impactful reinforcement on the wing.

Chelsea decided they would make a statement by signing one of the brightest prospects in the world, Borussia Dortmund’s Christian Pulisic, for a reported €64 million fee. For three years, the American had been turning heads in Germany and in the United States. Some U.S. Men’s National Team (USMNT) supporters already regarded him then as the greatest American player of all time before he even could legally buy a drink in his hometown of Hershey, Pennsylvania.

Pulisic was sent back to Dortmund on loan for the rest of the campaign after he was sold, and since then, Chelsea has gone through significant changes: a youthful revolution by necessity, with brand new players called through the youth system by new manager Frank Lampard, who is in just his second season in charge of a club. With five goals and two assists in nine total league appearances, Pulisic has played a notable role in the Blues’ rise to third in the table and six straight league victories before the November international break.

Pulisic made his senior football debut off the Dortmund bench in January 2016. It was only until the 2017-18 season when he began to be a regular part of their starting XI, primarily on the right wing. In that full debut season, he produced four goals and six assists in 32 league appearances—decent production for a 19-year-old and more than enough to have the hype become extremely salient among Americans. They could to him and say he was going to be a star of their own for the next decade at the very least.

The next season, Pulisic saw his league appearances almost fall in half due to muscle injuries and the breakthrough of English sensation Jadon Sancho, who usurped the American’s place on the right-hand side. Pulisic, however, was more efficient in his production when he played, as he was directly involved in a league goal every 116 minutes, way down from 231 minutes the season before.

At the outset of this year’s campaign, Frank Lampard hesitated to let Pulisic out of the gate at full speed through the first nine weeks: in the six matches he played, he averaged just 52 minutes on the pitch, while he sat on the bench for the remaining three. After Pulisic’s hat-trick against Burnley, Lampard cited the winger’s one-week break between international duty and Chelsea training (Lampard offered him two weeks off) as a reason why he slowly transitioned the new purchase into the starting XI. And now that we have seen Pulisic unleashed (albeit a small sample size), we have seen what he is capable of at such a young age.

Watch any of his matches, and you notice his ability to slither past defenders with his pace, balance, and ball control. Take a look at this hockey assist he produced in 2017 against Bayern Munich, which Pulisic made almost out of nothing. Pulisic continues to use his dribbling skill to either cut toward the byline and whip in a cross (a product that needs improvement) or to cut inside and create chaos among the central defenders that in turn creates more space for one of his teammates to run in the box. This is a primary component of his game and what makes him difficult for defenders to mark one-on-one.

Along with his ability to whisk past defenders, Pulisic is two-footed. This was exemplified most recently with his perfect hat-trick (goals with both feet and a header) last month against Burnley. The goal he scored with his left was accurate and powerful enough to whisk past three Burnley defenders and Nick Pope, despite being knocked off-balance by defender James Tarkowski in the follow-through.

At club and international level, according to Transfermarkt and analysis of game footage, Pulisic has scored 25 goals with his right foot and 10 goals with his left. Compared to fellow prodigy winger Marcus Rashford, the Englishman has just five goals with his left foot despite 24 more total goals scored for club and country. Lampard also has the freedom to play him on either side of the pitch, as he has played more on the right than on the left in his senior career. This ability to use both feet, in tandem with his dribbling skills, adds a dynamic to his unpredictable nature on the ball.

Pulisic is also potentially being overlooked as a potential dangerous shooter. He isn’t the type of player to blast 30-yard curlers into the top corner, but if you glance at the disallowed goal he had against Liverpool in the UEFA Super Cup, the skill is undeniably there. Not only does this display his instinct to get into space behind the fullback and drift inside, but it also showed his patience on the ball, the pace in getting past around Joe Gomez and Joel Matip, and the low shot placement that is somewhat reminiscent of his predecessor on the left wing.

The statistics show he is improving in important shooting categories. However, the statistics below suggest that his sensational start in 2019-20 is due to negatively regress. It is unsustainable for a winger to have more than 60% of their shots stay on-target and for 26.3% of total shots to go in as goals. As a comparison, a top-class winger like Sadio Mané or Son Heung-min sees around 40-45% of their shots on-target, albeit, they take significantly more shots per game than Pulisic. The conversion rate, though, has steadily crept up, but again, this is due to go down along with his shot-on-target percentage since both are tied together. Mané and Son don’t even have conversion rates that high either. The answer to what degree Pulisic’s fire-breathing start will negatively regress will require time and patience over the rest of the season.

We’re only a dozen games into the season, but so far, Lampard’s youth project has been a success with players like Tammy Abraham, Mason Mount, and Fikayo Tomori making themselves known. Pulisic came in with high expectations as the flashy American wunderkind, and like Hazard, he is now in a position where his 21-year-old self can take his game to the next level and beyond.