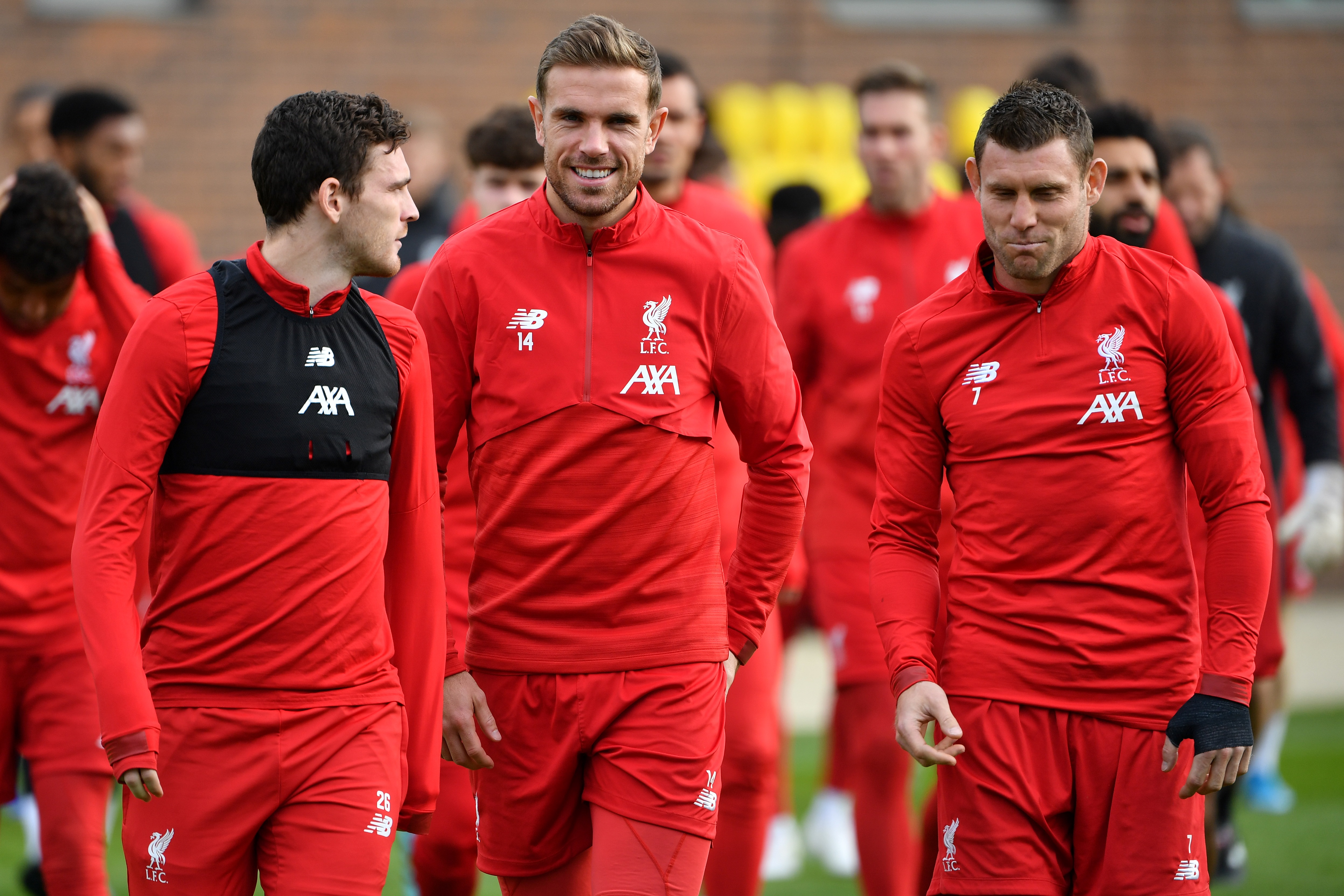 Could Liverpool’s lack of midfield creativity haunt them in their search for a first Premier League title?

Liverpool put in a timid performance on Sunday as they scraped a 1-1 draw with rivals Manchester United at Old Trafford, thanks to a late Adam Lallana tap-in.

Many were expecting Jurgen Klopp’s men to steamroll their opponents, considering their scintillating form and United’s, well, woeful displays in recent weeks. To add to this, the Reds also had the opportunity to equal Manchester City’s Premier League winning streak of 18 games at Old Trafford, only adding to the belief that the players would be hungrier than ever to put on a masterclass in their bitter rivals’ backyard.

However, it didn’t play out this way. At all. It looked like Liverpool were heading for their first defeat of the season too until Lallana struck late to salvage a point.

Workaholics but no creative spark

Make no mistake about it, the Reds are one of – if not the best – team(s) in Europe and, as a result, it would be wrong to criticise them too much. Following the match, fans were quick to defend their team, claiming that the players should not be judged based on one match and instead, pointed towards all the positives from the season so far. However, the issue is, Liverpool’s inability to break down a defence with a cutting edge pass is nothing new.

It appears as though the managers’ first-choice midfield three consists of Fabinho, Georginio Wijnaldum and Jordan Henderson. If we were to consider their statistics from the previous season, it is clear to see that the problem lies in their lack of creativity. In the league last term, Wijnaldum bagged three goals and zero assists in 35 appearances, while Fabinho scored once and assisted twice in 28 matches and Henderson only managed one goal and three assists in his 32 appearances.

This season appears no different either with all three continuing to lack a cutting edge. If we were to exclude Fabinho (as he is a defensive midfielder) and instead, focus on the two remaining midfielders, it becomes abundantly clear why there is such great pressure on the front three to score.

This season, Wijnaldum has bagged one goal in the league (from nine games), compared to his captain’s tally of zero (from eight games). But, more interestingly, as noted by Opta, they have managed three successful crosses between them this term, while neither have provided an assist. Lastly, the Englishman has played just the two key passes and his team-mate has played only one.

There’s no denying the tireless work ethic of this trio, but the fact remains that there is a constant burden placed on the frontline to score goals and assist each other, with the midfield continuing to struggle with the attacking aspect.

Beaten at their own game

Klopp’s men had the chance to maintain their mammoth eight-point lead over Manchester City and make a real statement by winning their ninth successive game in the league this term. Of course, the record of consecutive wins was also up for grabs, but that would have merely been an added bonus.

The early exchanges saw Man Utd look to press high up the pitch and counter-attack whenever possible – and they got plenty of joy. Liverpool were sloppy and wasteful, barely testing David de Gea in the United goal. However, the most disconcerting thing about the performance was that the midfield was overrun and outworked by their counterparts. It’s not often you can say this.

As a result, Fabinho was forced into playing rushed passes that wouldn’t reach his intended target. As the game wore on, the likes of Roberto Firmino and Sadio Mane grew frustrated as they were unable to make an impact and were forced to drop deep to get hold of the ball.

This still didn’t have the desired impact. Klopp reacted in the second half by taking off Divock Origi and shifting Henderson out onto the wing in a desperate attempt to regain some control. In total, Joel Matip played more passes through to Firmino than Henderson and Wijnaldum combined, reaffirming their lack of incisiveness in the game.

While they were able to eventually draw level through perseverance, it was troubling that the manager felt he was forced to alter the tactical setup of his midfield in order to be able to influence the match.

While we could talk about the build-up to Manchester United’s opener and whether it was a foul on Origi or not, we should instead give the Red Devils plenty of credit for the impressive performance, with manager Ole Gunnar Solskjaer clearly spotting a weakness in Liverpool’s play.

Following the draw, Klopp was quick to defend his players and praise them for their display. The German is typically renowned for his bubbly and joking personality, but he was far from this in his post-match interview. He went on to take aim at Solskjaer’s side, claiming that they set up “purely to defend.”

The boss also continued: “Whoever said before the game that this game is always built up like a mountain and stuff like that and then we come here and they only have to defend. So one day I will really wait for the day when they have to make the game against us and we defend – and let’s see how that is.” Although his side dominated possession, it was a match that United were very much in control of and looked like winning until one momentary lapse in concentration allowed Andy Robertson in.

It was a defiant response from Klopp, but it was uncharacteristic and one that masked the issues at hand. But, he will know these weaknesses and will look to rectify them immediately.

Once again, we should not take away from the fact that Liverpool are a world-class side and are in the driving seat to claim the Premier League crown. However, Sunday’s display exposed the attacking weaknesses of the midfield, which may haunt them later in the season if not resolved.

The return of Naby Keita will help and Lallana proved his worth with the equaliser, while the manager may also be tempted to enter into the transfer market in January. The Reds must put this game behind them and see it as one point gained, as they take on Tottenham in their next fixture.