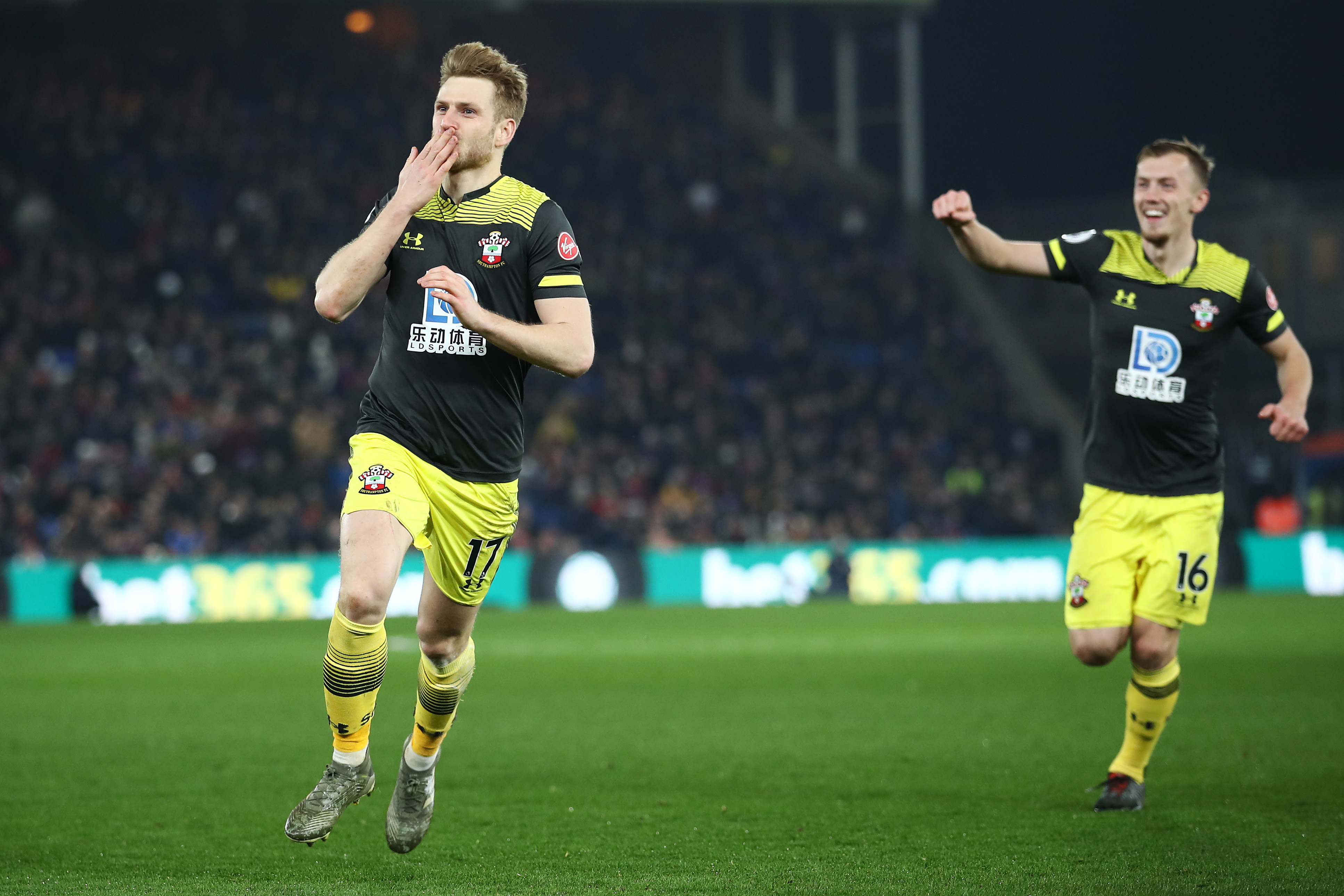 A lacklustre performance from Crystal Palace saw Southampton take all three points away at Selhurst Park on Tuesday night with wonder goals from Nathan Redmond and Stuart Armstrong sealing an important victory for Ralph Hasenhüttls side.

The Saints completely dominated the game, controlling possession and launching a number of attacks to trouble Palace’s backline. It took only 22 minutes for the deadlock to be broken through a great strike from Redmond. Jack Stephens helped himself to his second assist of the season with a lofted ball from the half-way line into Redmond’s path.

The Englishman still had a lot to do, but his first touch allowed him the space to turn and get at the Palace defence. After wriggling round two defenders he released a venomous strike into the top left-hand corner from just inside the 18-yard box, giving Vincente Guatita absolutely no chance. Palace were unable to reply before half-time and Southampton went into the changing rooms understandably the happier of the two sides.

Hasenhüttl made it clear that a repeat of the scenario against Wolves was not to happen. Stuart Armstrong made sure of this only three minutes after the restart. Redmond once again was at the centre of this goal, manipulating space in the Palace flanks.

His poked ball fell to the feet of Stuart Armstrong, who after taking one look at goal got the ball out of his feet and unleashed a beautiful curling strike into the top left-hand corner, miles out of reach of the Palace goalkeeper. The 25-yard strike marked Armstrong’s second goal in three games.

The Scot has been extremely professional in waiting for his opportunity within the first team, and he has grabbed it with both hands, becoming arguably one of Southampton’s most important players in this resurgence of form.

In the same fixture from the 2018/19 campaign, Wilfred Zaha lashed out at Ward-Prowse after having been wound up for the majority of the fixture, resulting in a red card and a subsequent ban. Once Cedric Soares became injured on Tuesday and Ward-Prowse moved to right-back, it was almost inevitable something was going to happen once again between the pair.

After an altercation between the two, it looked as though Zaha poked Ward-Prowse in the eye, an incident which was looked at by VAR but was not deemed to be worthy of further disciplinary action.

Disregarding the incident, it was evident that JWP won the physical and mental battle against Zaha as he was almost non-existent the whole game. This highlights the young Englishman’s versatility, confidence and competence under Hasenhüttl, and alongside his goal Ward-Prowse’s performance was indicative of a player who is relishing the added responsibility he has been entrusted with in this Southampton side.

Having two games in the space of four days is a tough task for any professional player. However, Palace looked uncharacteristically sluggish against the Saints. Jordan Ayew and Zaha, two players who usually light up Selhurst Park, were very quiet. The Palace defence were impressive in the air, defending everything that Ward-Prowse and Southampton’s attacking armoury could produce.

However, their closing down, marking and general shape was all off. After picking up an excellent point at Manchester City a performance like that is likely to baffle Roy Hodgson. However, their next six games all come against sides in the bottom half of the table: a perfect opportunity for the Eagles to regain traction and aim for the Europa League spots.

The collective enthusiasm around Southampton is plain to see and the echoes of relegation are now slipping even further away. Instead of looking down, they’re now looking up and pushing for a place in Europe. It is no secret that Danny Ings has been nothing short of instrumental to the Saints’ successes. However, in the two games he hasn’t started, the Saints have won 2-0, both being away from home.

The combined work ethic of the side has given room for Ings to produce, and when the effort is reciprocated without the striker in the side, players like Redmond, Obafemi and Armstrong take the stage and do the job instead.

Burning out Ings could be detrimental for their progression, and Hasenhüttl has avoided overworking the Englishman, unlike in the Spurs and Manchester United camps, with Marcus Rashford and Harry Kane being out for months due to the heavy playing schedule combined with unfortunate injuries.

Southampton have been in excellent form recently. However, this result could be more important than most as it comes straight after a 3-2 defeat to Wolves. It would have been very easy to slip back into losing ways after breaking a streak of six games unbeaten. This result proves the resilience that Hasenhüttl has built within the side and when your side is playing this well, with a fighting mentality, there is no reason why the Austrian should not be encouraging his side to reach for Europa League qualification; presently sitting just four points off fifth.

Crystal Palace currently sit in 11th place, which seems worse than it is as only five points separate fifth and 11th. Their next run of fixtures includes Watford, Newcastle and Everton; three games with the potential to take points and push themselves back into the top half of the table.

Southampton’s next league fixture, after an FA Cup tie against Tottenham, is against the league leaders at Anfield. Liverpool were only able to turn the Saints over 2-1 at St Mary’s and Southampton will be going into the fixture with confidence; despite the considerable task they face in ending the Reds’ unbeaten run.

The run of fixtures that follows – facing Burnley, Aston Villa and West Ham –  provides Hasenhüttl and his squad with a great opportunity to continue this promising run and move ever close to the upper echelons of the league table.